Guadalajara to Host the Pre-World Cup of Indoor Volleyball 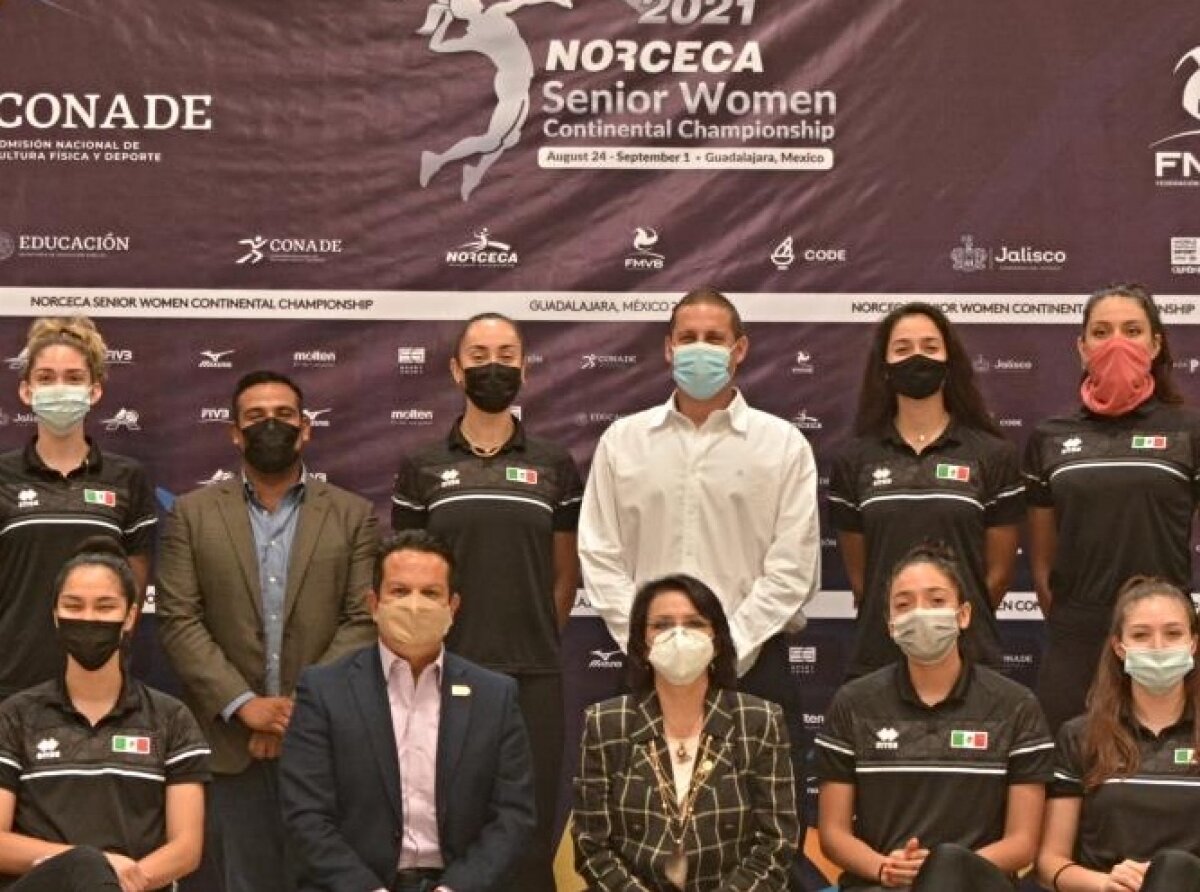 Eight of the most powerful teams in indoor volleyball on the continent will give life to the Norceca Senior Women Continental Championship.

The event will be hosted in Guadalajara, the World Capital of Sports, from August 26 to September 1 at the Astros Arena.

This event is the first on the competitive calendar after the activity held in the Olympic Games, so the eyes of international volleyball will be on this city.

“What we will see in this continental Norceca will be the best of volleyball in America. We will have the participation of countries that have historically been protagonists of world volleyball, such as the United States, Cuba, Puerto Rico, Canada, the Dominican Republic, Trinidad and Tobago, and of course, the Mexican team, which we are convinced will have a very strong participation, led well by Samantha Bricio from Jalisco, who is a source of pride for all of us,” said Fernando Ortega, General Director of Code Jalisco. The conference was also attended by the outstanding player Dynamo Kazan from Russia, Samantha Bricio, president of Astros de Jalisco Teo Zubía Félix, president of the Jalisco State Volleyball Association María Guadalupe Fonseca, and Carlos Alberto González, Code's Director of Competitive Sports.

“It is a privilege to play here, in my homeland, especially since it is the first tournament heading to Paris 2024. I think the last time I played at home was at the 2011 Pan American Games. We started preparation a month and a half ago, but just today will be the first training as a team because some players were missing. We had a strong group, but we have a good chance of getting a ticket to the World Cup next year,” said Bricio.

Mexico shares a group with Trinidad and Tobago, Costa Rica and the Dominican Republic. The rest of the participating countries are completed by Canada, Cuba, the United States and Puerto Rico. The winner of each group gets their pass to the World Cup.

Zubía Félix highlighted the importance of taking advantage of this type of event to form a professional volleyball team in Jalisco. “We as an organization are ready. I think it is a sport that goes very hand in hand with basketball in terms of spaces, and we are very interested in having participation in a team that represents our state.”

The Norceca Senior Women Continental Championship will have the protocol hygiene measures required by the health authorities, receiving up to 33% of the total stadium capacity.