Trying a Ciabatta for the First Time at Cup & Milk 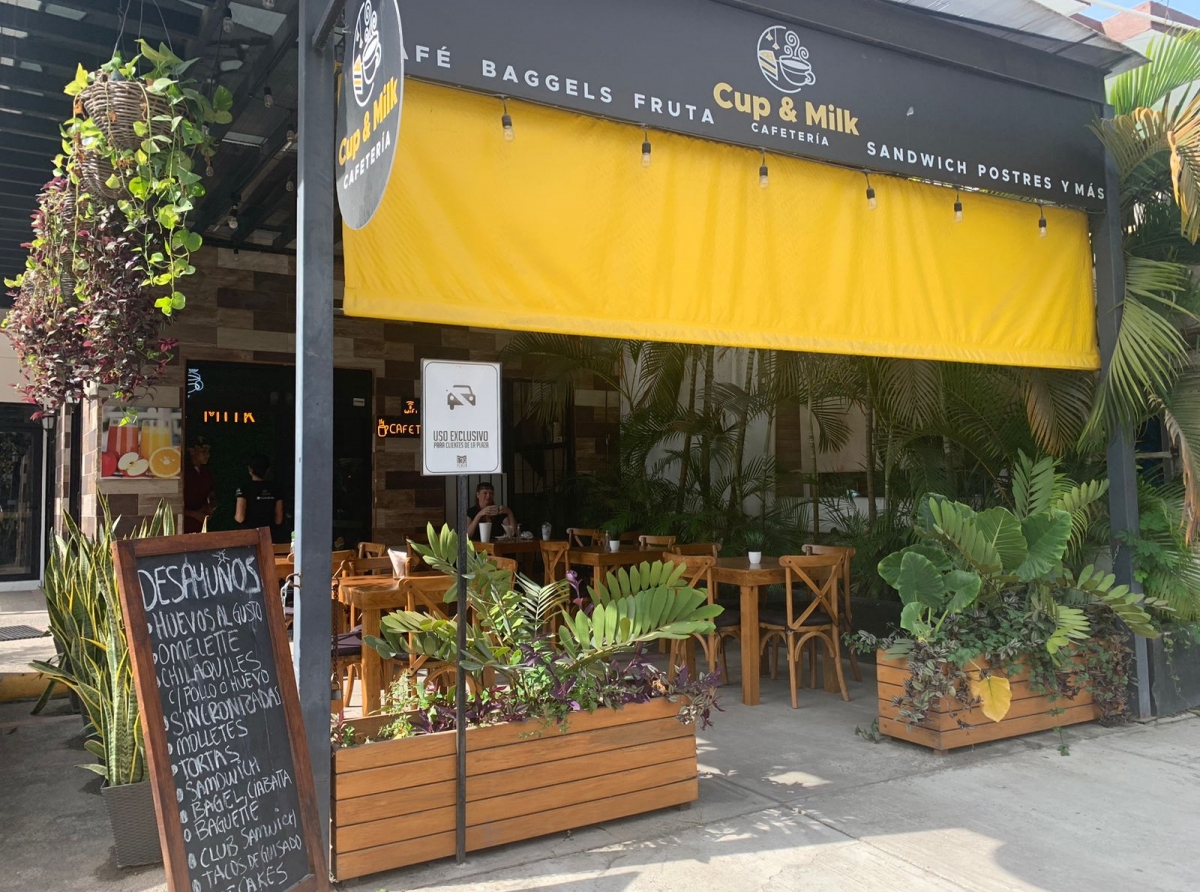 Whenever I go to town with one of my parents the majority of the time we pass a little coffee shop/breakfast place called Cup & Milk. It looks very cute, and from the pictures I’ve seen online, the food looks really good! And every time we passed by it, I would always say I wanted to go to it. But we never did. Until today. 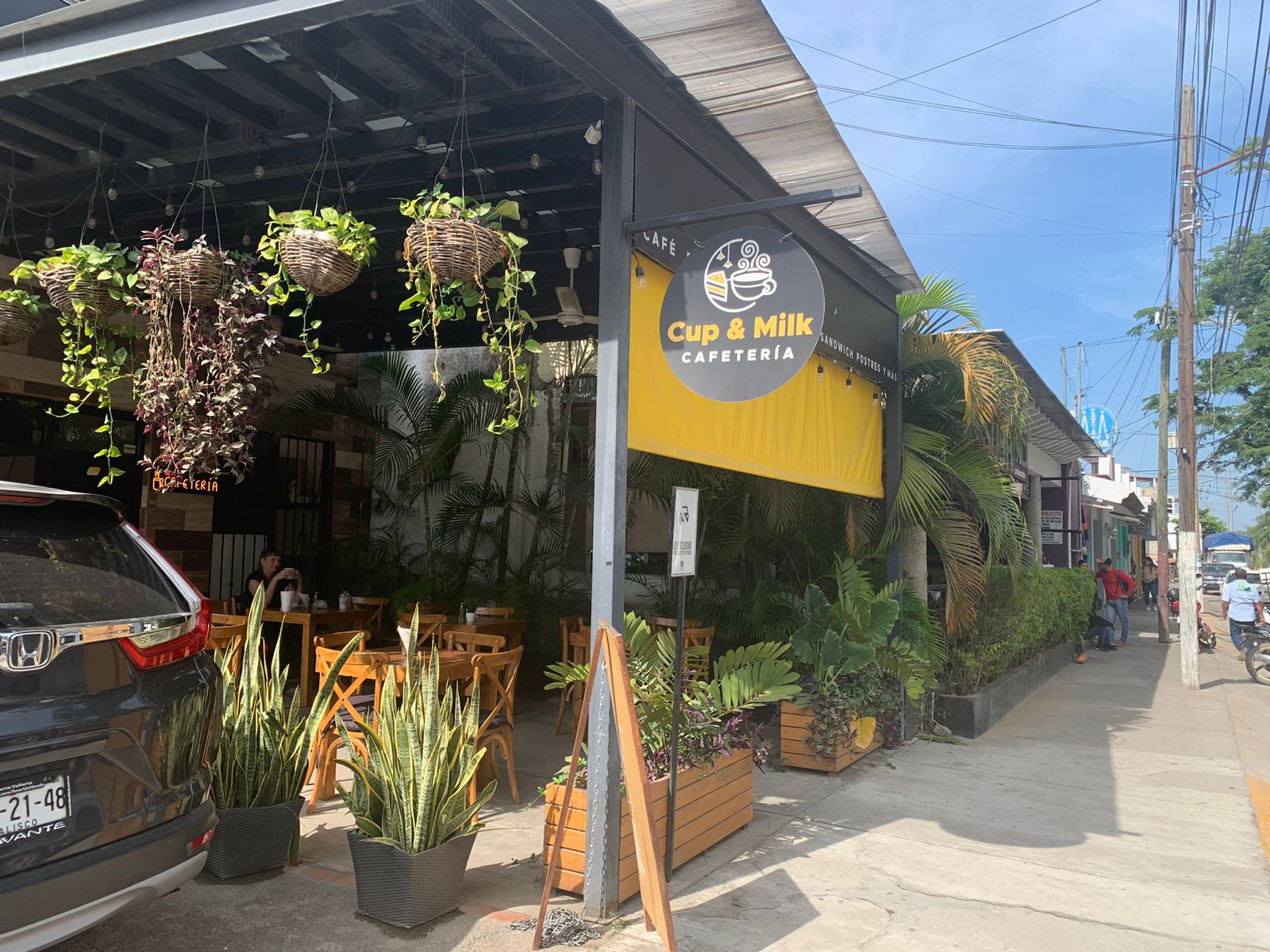 Cup & Milk is primarily a coffee shop and focuses on drinks, but they also have a breakfast menu, and on Monday-Friday starting at 1:30 p.m. they have a “guiso del dia,” which is basically a comida corrida meal of the day. My dad was excited for this, and he was hoping for a greasy spoon diner meal, but I didn’t know they only served their guiso del dia on weekdays until after we got there, so my dad was a bit disappointed at first. But boy, did he change his mind! 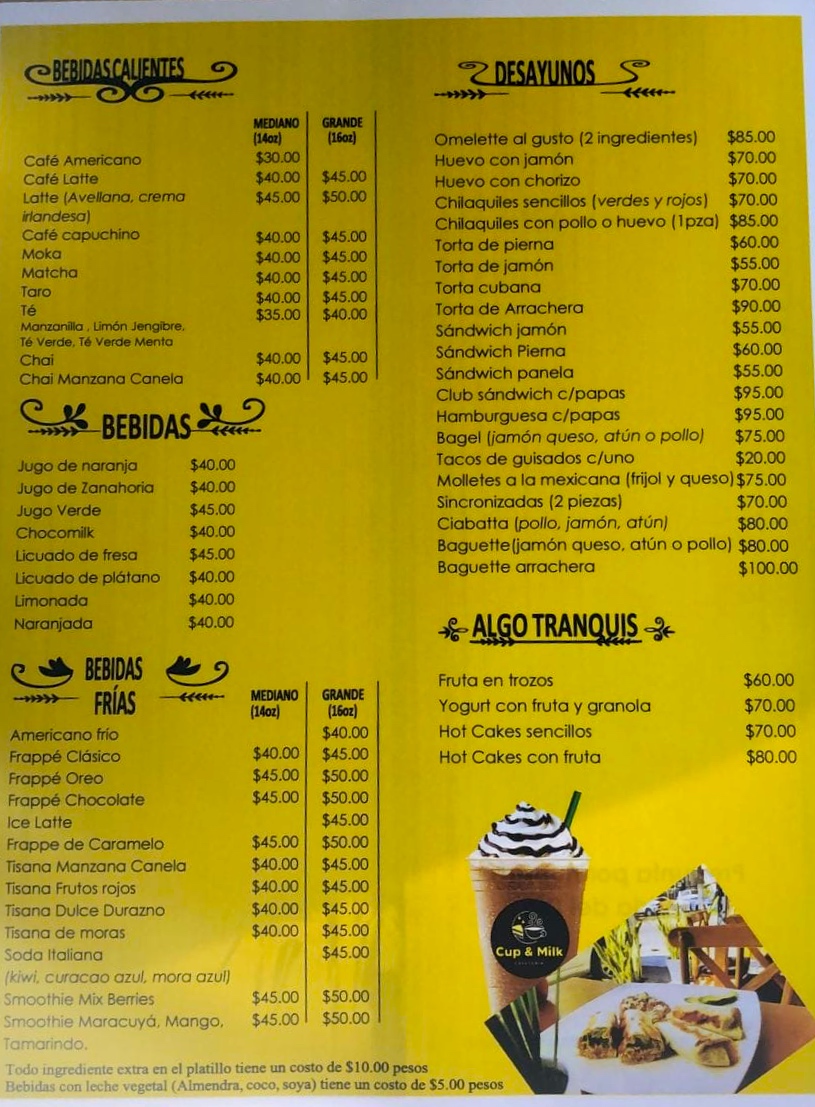 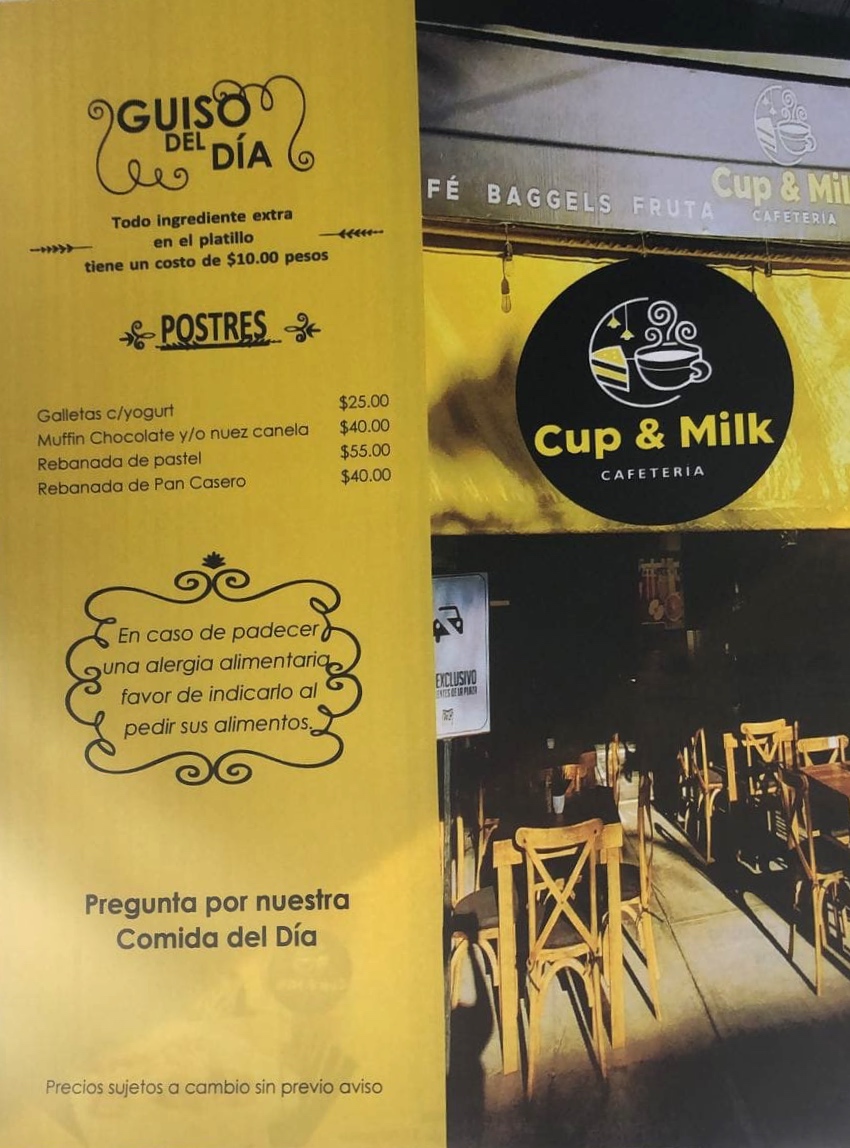 My dad got a Club Sandwich, which had chicken, ham, bacon, cheese, lettuce, tomato, avocado, and, drum roll please, alfalfa sprouts! My dad was super excited when he realized it had sprouts because it’s rare to find them on sandwiches here in PV. Normally the sandwiches, such as tortas, are quite heavy, but the sprouts add a bit of freshness and another dimension of texture and flavor. Moving on, the sandwich also came with a giant portion of fries, which my dad asked for extra crunchy. They did in fact make them crunchy for him, and the texture was perfect. More than that, the flavor was amazing! They used a lemon-y and salty seasoning on the fries, and it was really good. 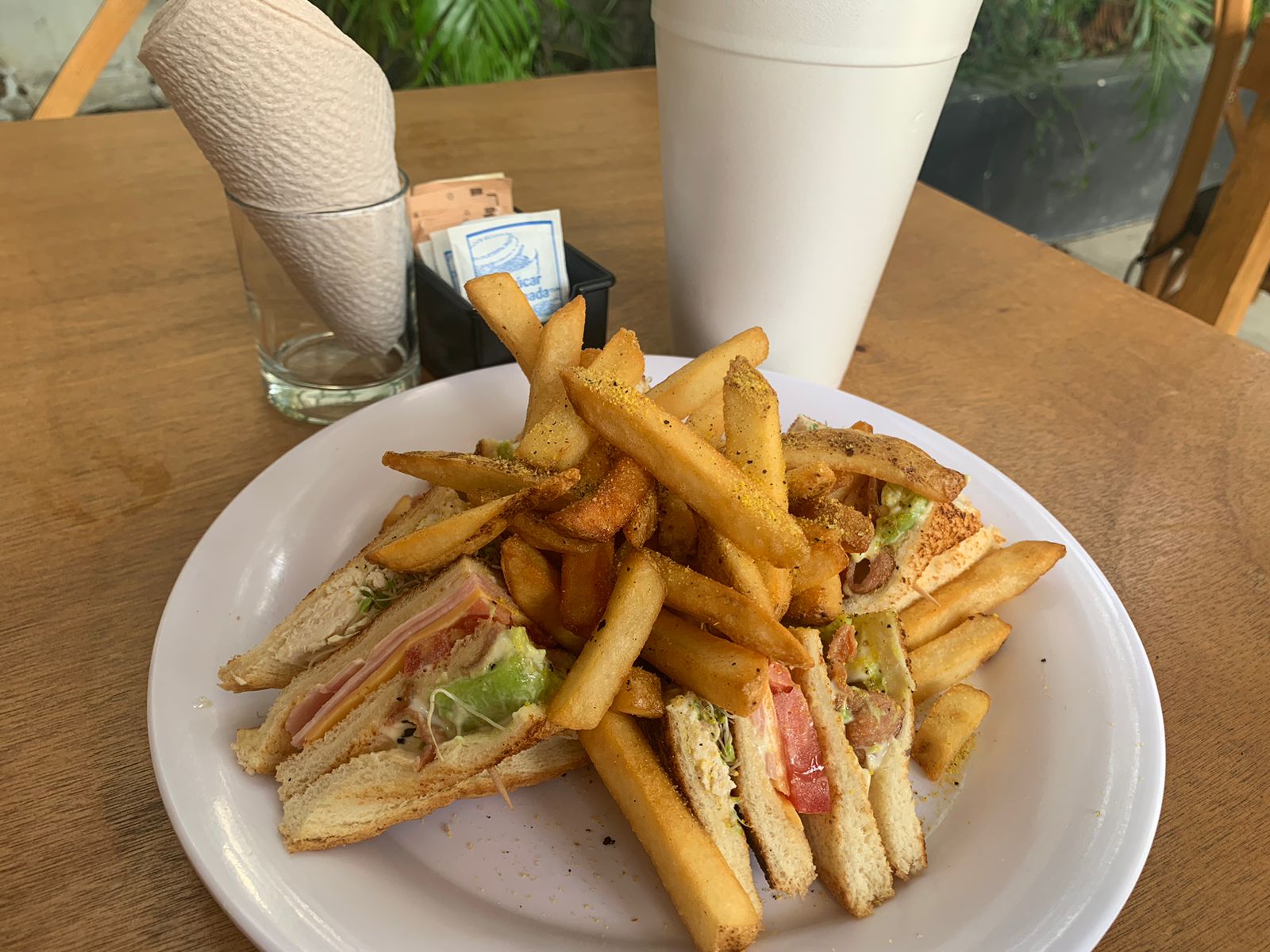 My mom got an omelette with cheese, onions, mushrooms, and ham. It also came with some refried beans and a little salad on the side. The omelette was very rich, creamy, and buttery, but not greasy at all. And every time I asked my mom about it, she always said that. She was very impressed by the richness and buttery-ness. She was also very happy that she got mushrooms, because they weren’t just some mushrooms thrown into the omelette. They were sautéed in butter beforehand, and had that same delicious buttery (but not greasy) flavor. 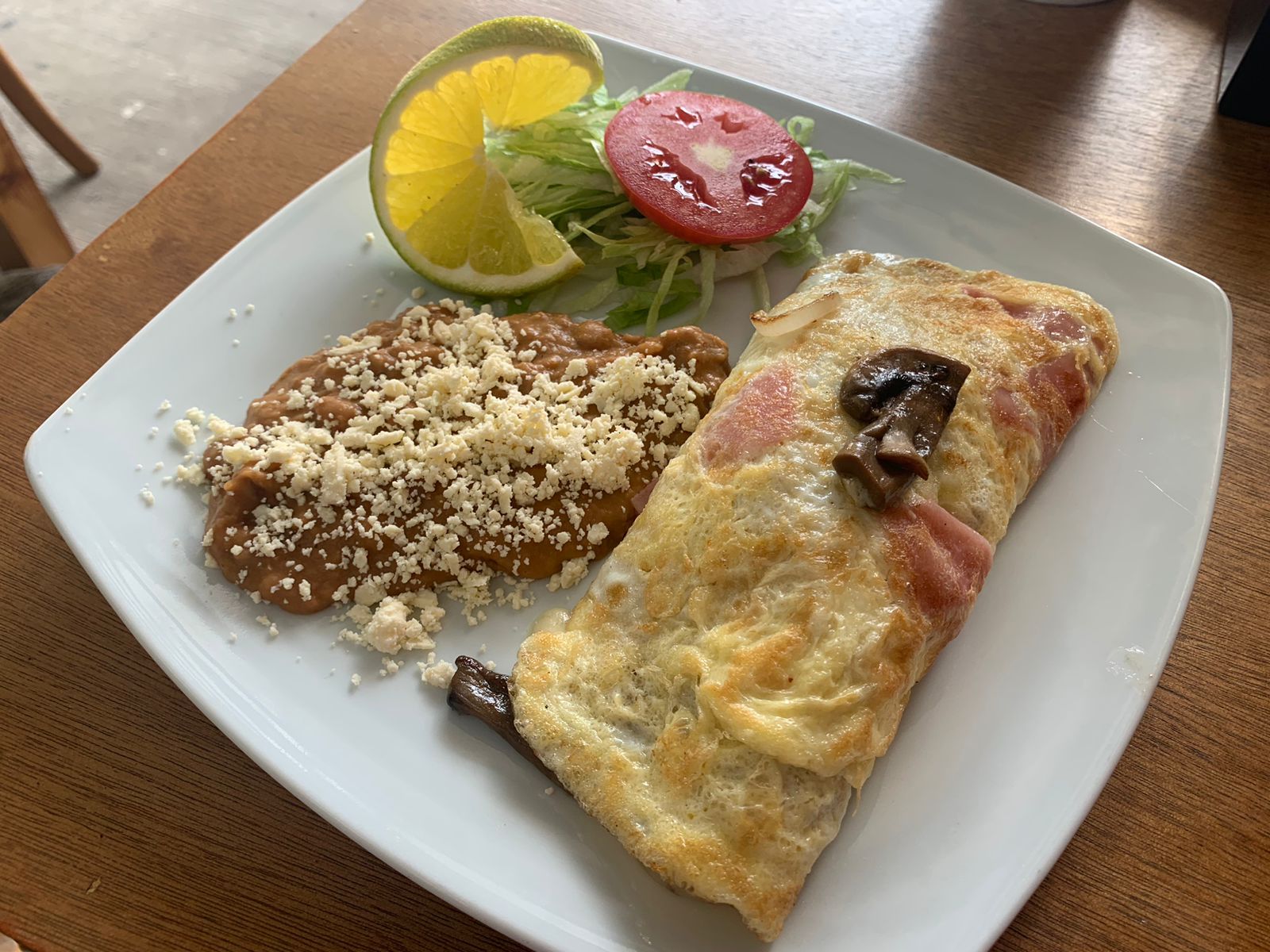 While looking through the menu I was intrigued by the ciabatta, but I honestly had no idea what that was. I asked the waiter about it, and he even brought out one of the breads to show it to me and explain it to me better. Anyways, I did up getting one! I got a chicken ciabatta, which had shredded chicken, lettuce, tomato, pickled jalapeños, and alfalfa sprouts. I think it also had avocado, but I don’t fully remember. The bread was nice and crispy on the outside, while the inside was soft. It wasn’t necessarily fluffy, but it was definitely soft. I personally thought the chicken could’ve used a bit more salt, but it was pretty good. All of it was good! And Michi thought so as well! 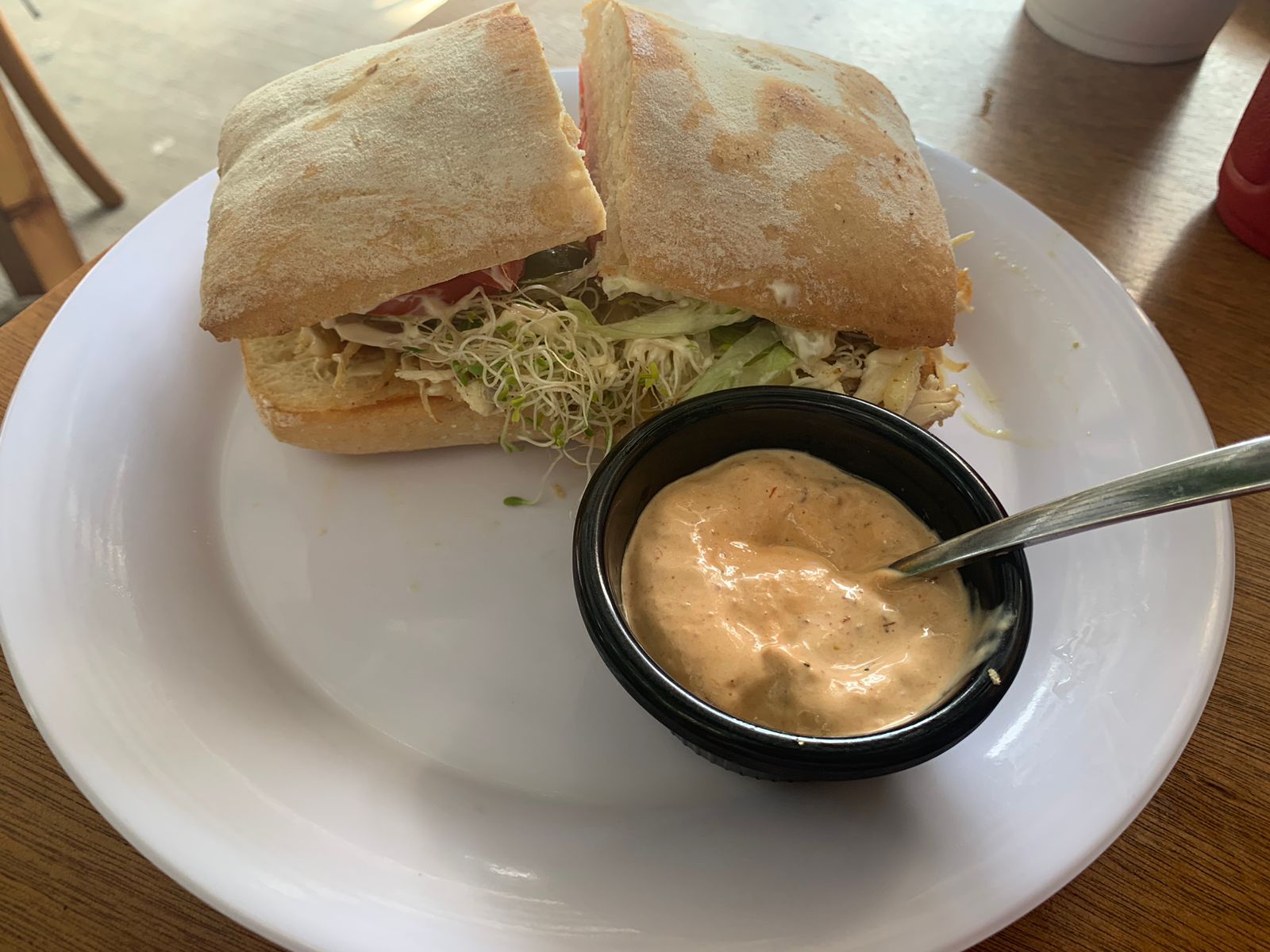 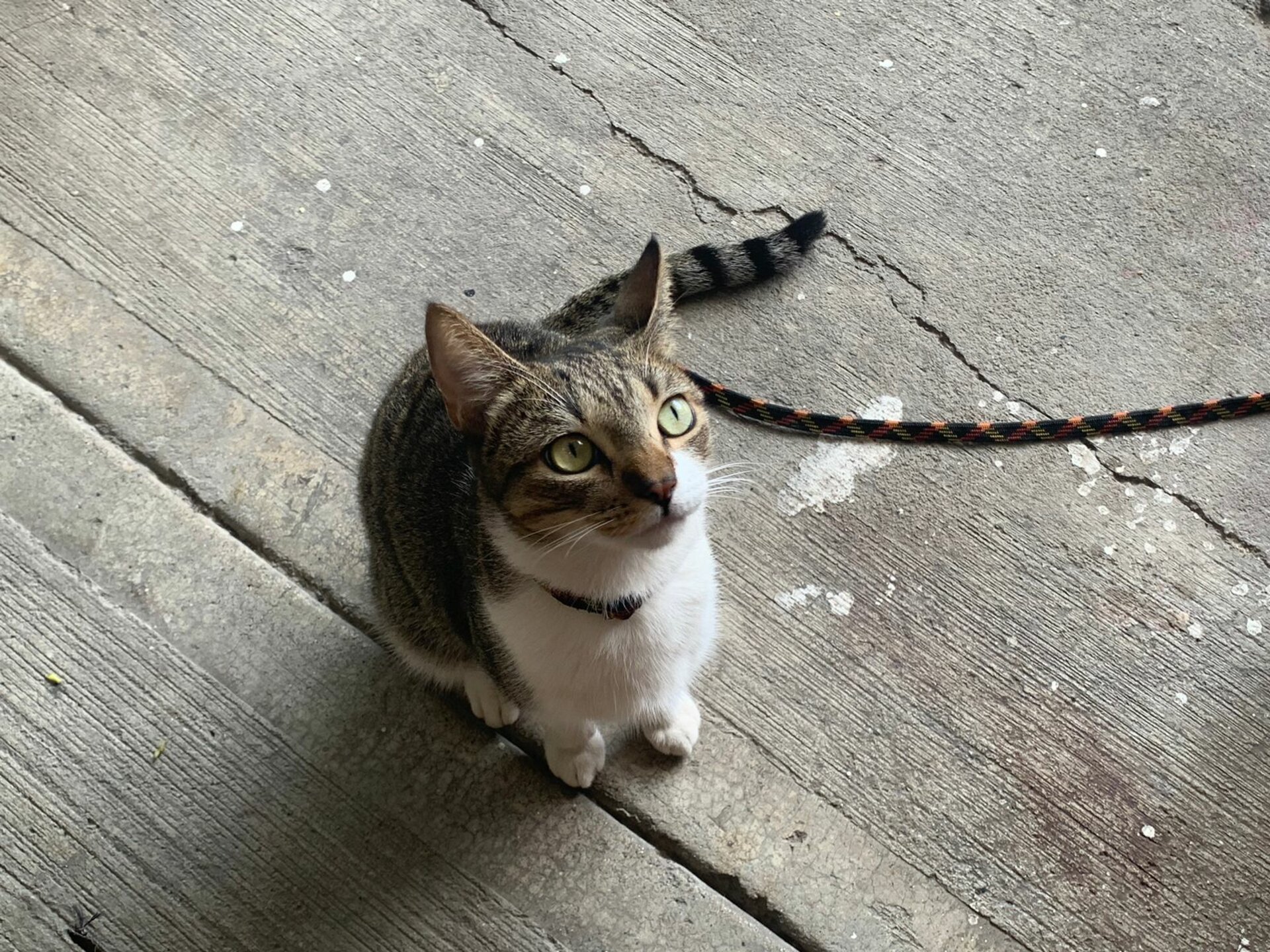 To drink I got a Taro frappe, and it had a super interesting and unique flavor. If you don't know, Taro is a purple root vegetable, so my frappe was a pretty purple color! And it came with whipped cream, which was very rich, dense, and creamy. I could tell it was a good-quality whipped cream! 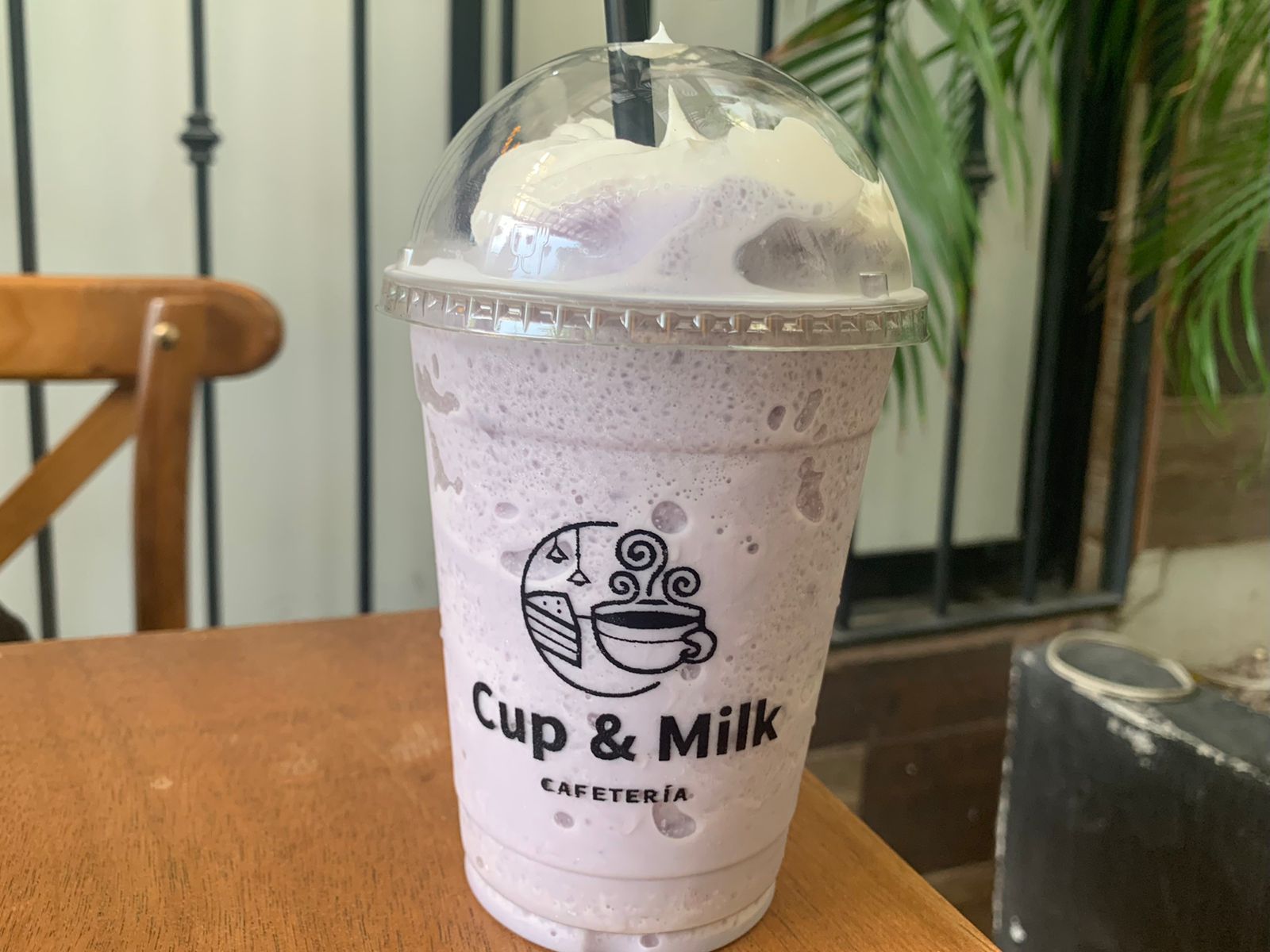 Fun fact, Cup & Milk actually is more of a hobby than a job! The owner has always liked coffee and has always loved the idea of opening a coffee shop, but I assume she never had time for it. That is until recently, because her daughter was now able to help her out! So, they took a few barista classes, and 9 months ago they opened up Cup & Milk! Something the owner has always wanted!! 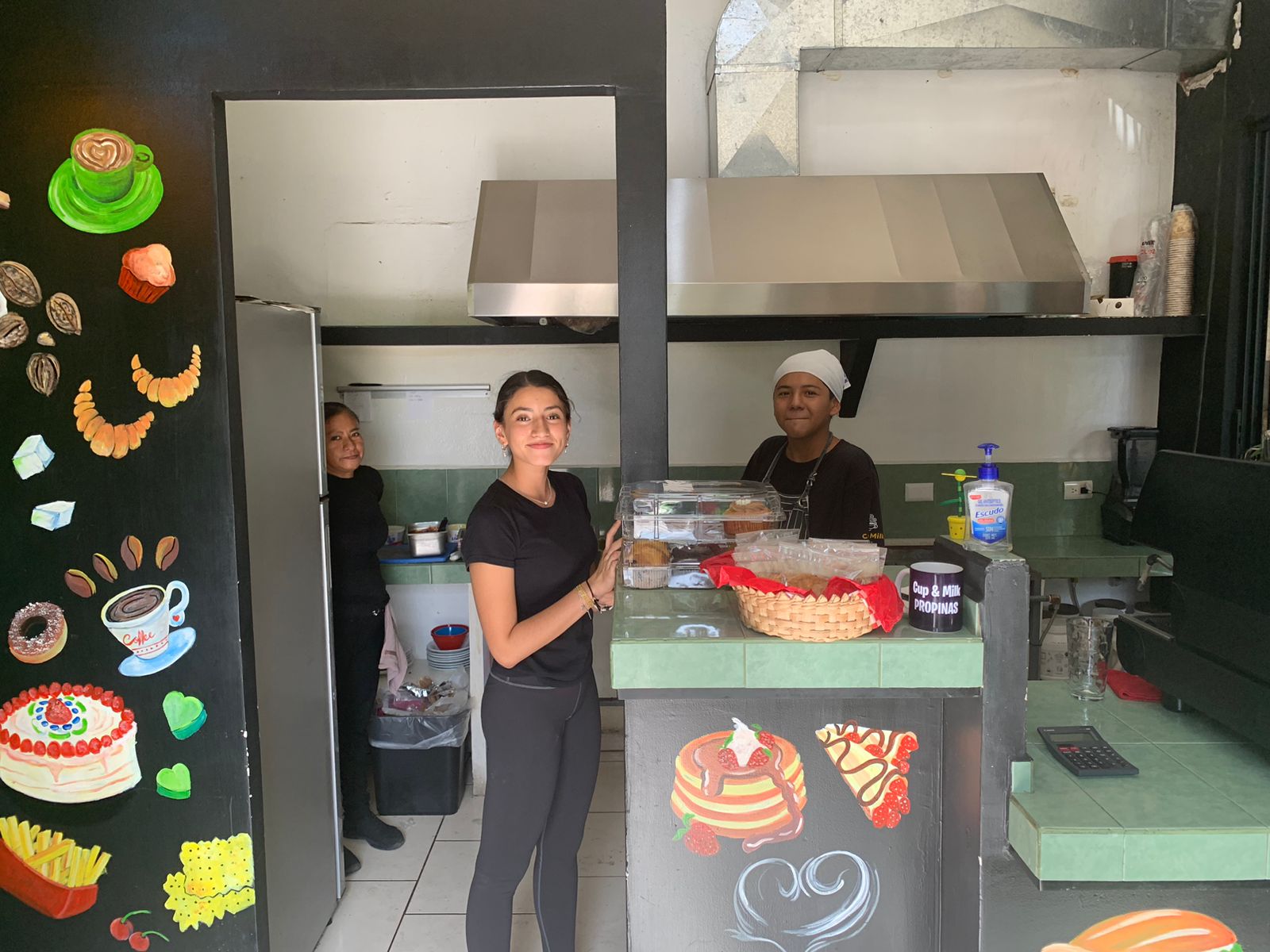