The Magical Towns of Jalisco! 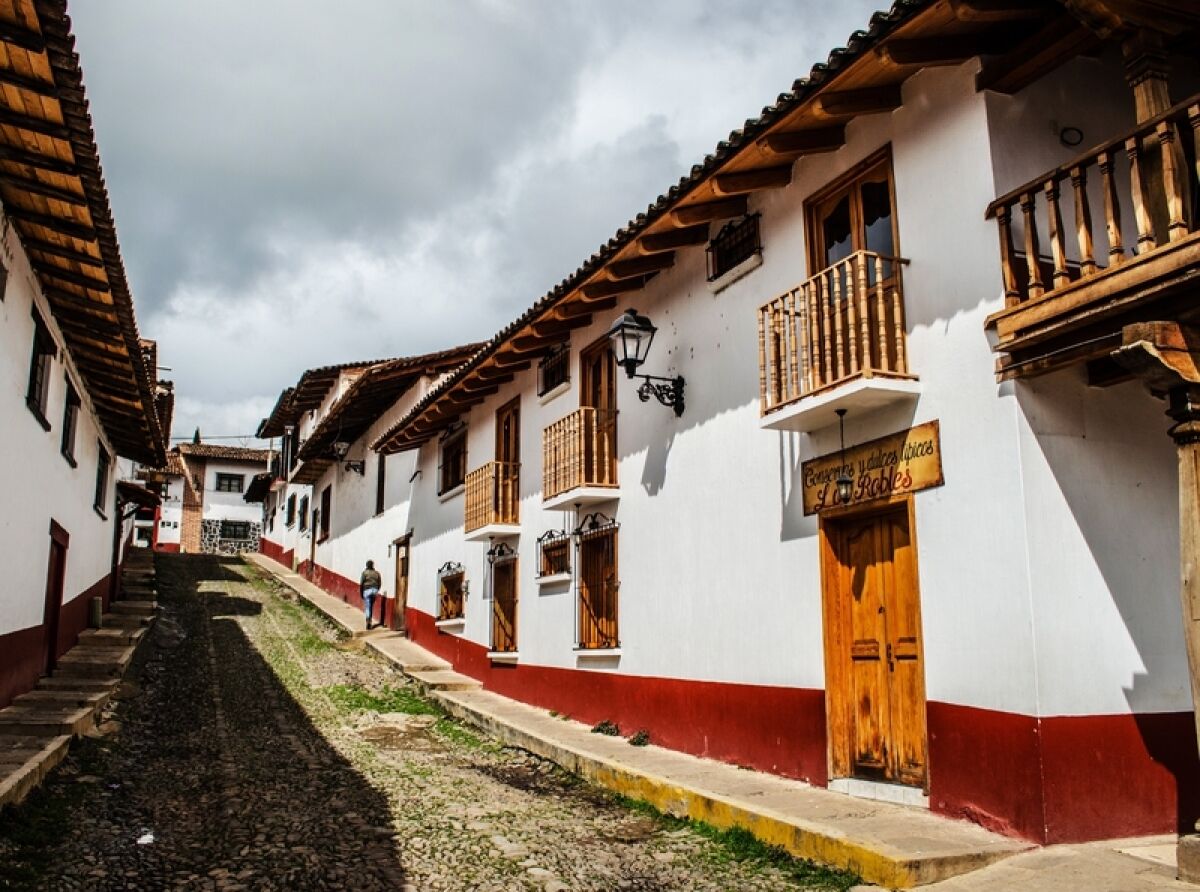 The red in the ceilings and on certain walls, the stone or brick constructions with wooden ornaments, the tiles and the signs that begin with a capital red letter; are just some of the visual characteristics

that stand out in the Magical Towns of Mexico, a label generated in 2001 at the national level to recognize localities with special qualities and high tourist potential.

Jalisco is one of the states with the largest number of towns with this denomination. Within its territory are 8 of the 121 Pueblo Mágico towns that the Mexican Republic currently has listed.

The beauty, the culture, architecture, nature, and local gastronomic and hedonic legacy characterize these spaces and put them on the agenda of tourists, who like experiences in which the traditional and the picturesque are mixed.

If you want to know a little more about the magic that these Jalisco destinations host, here is a brief description of what each of them has for you. 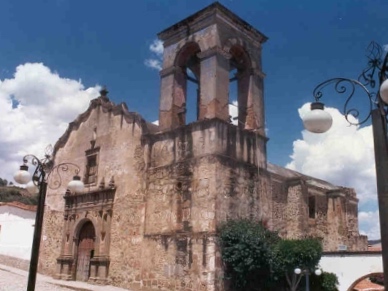 Located approximately 133 km from the state capital we find Tapalpa, a mountain town with beautiful natural landscapes, cobbled streets, and picturesque neighborhoods, and which received the Pueblo Mágico label in 2002.

The visitor can enjoy various artistic and cultural activities. It has an artisan market where you will find everything from pomegranate punch and sweets to knitted sweaters.

Regarding the gastronomic theme, the inns and restaurants offer typical food of the region, specializing in birria and barbecue.

In addition, in its wooded area, hiking, ecotourism, and extreme sports are practiced.

As if that were not enough, 5 km from the municipal seat we find the Piedrotas or Valle de los Enigmas, a space where you can go horseback riding, eat, enjoy the landscape, or even venture out on one of its zip lines.

Any weekend is the perfect excuse to let yourself be pampered by the magic of Tapalpa. 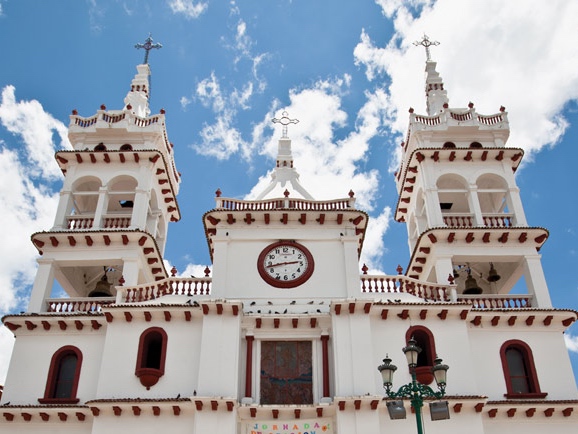 One of the most attractive mountain destinations for nature lovers is Mazamitla, which received the title of Pueblo Mágico in 2005. This town is located in the southeast region in the Sierra del Tigre, about 136 kilometers from Guadalajara.

It has a wide range of wooden cabins, typical of the area, as well as spectacular sites such as the El Pedregal and El Salto waterfalls; the Cerro del Chacal, and different forests, where mountain biking, hiking and horseback riding are practiced. You can also take a quiet break at the El Tabardillo viewpoint.

In its main square you can find restaurants with spirits and culinary delights such as “el bote,” prepared with meat, vegetables, pulque, or sometimes beans.

Treat yourself to a weekend in this town that the locals like so much. 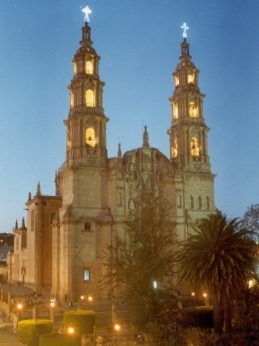 In one of the highest parts of our state, within the Altos Norte Region, and just 188 kilometers from the Jalisco capital, we have the municipality of Lagos de Moreno, which was added to the list of Pueblo Mágico towns of Jalisco in 2012.

It highlights the fact that this community is a Cultural Heritage of Humanity within the Camino Real Tierra Adentro, and is a destination attached to the Ruta Cristera. Its Historic Center has such a well-preserved architecture that it is part of the zone of historical monuments by the INAH and a UNESCO World Heritage Site.

If you go to Lagos de Moreno it is important to take a tour of the Parroquia de la Asunción; the Rosas Moreno Theater (of Porfirian architecture,) and the Temple of Calvario, whose image is representative of this population, and don’t forget the incredible Museum of Sacred Art.

This Alteño municipality also houses boutique hotels for you to be pampered. 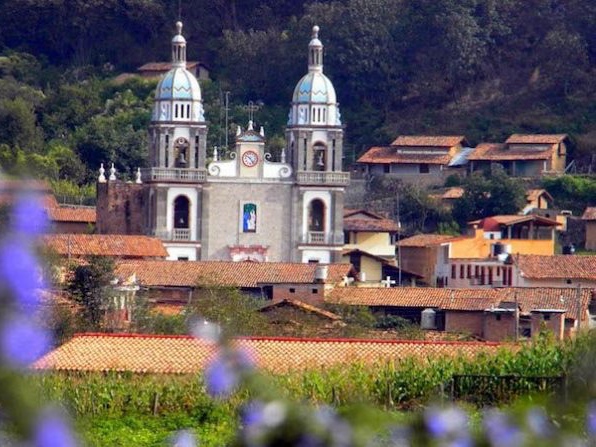 Within the Western Coast/Sierra Region, and attached to the Sierra Mágica Route, we find Mascota, known as “La Esmeralda de la Sierra,” which received its appointment to be a Pueblo Mágico in 2015.

Mascots is about 202 kilometers from the state capital, where you can enjoy ecotourism, take boat rides, fish, or practice motocross. Its history, tradition, culture, and landscapes are all a part of this town. It is also one of the municipalities that produces raicilla, a traditional agave drink that recently acquired its Designation of Origin.

Mascota offers tourists options such as the Unfinished Temple of the Precious Blood of Christ, the Corrinchis Dam, the Juanacatlán Lagoon, and the State Museum of Archeology.  There are also tours to the mines where minerals were extracted and a tavern where you can learn about the process of distillation of raicilla.

Without a doubt, Mascota hosts experiences that you will not find anywhere else. 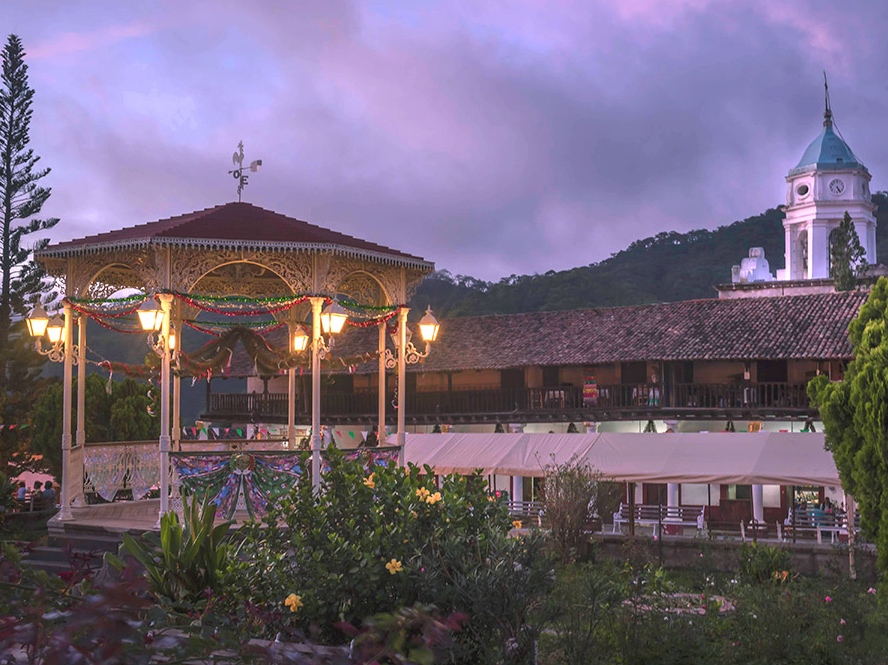 This municipality received the Pueblo Mágico distinction in 2011. Located in the Western Coast/Sierra Region, just 68 kilometers from Puerto Vallarta, this Magical Town has beautiful landscapes of the mountains, which can be seen from the main square or El Cerro de la Bufa.

Among the activities offered are the Route of Mines, which visits the Gertrudis Mine, the mine with the highest production in the 19th century. You can also visit the coffee plantation, farms, and areas of petroglyphs. It has the “Doña Conchita Encarnación” Community Museum, a building dating from 1700, as well as an old pantheon that has five mausoleums of Moorish-French architecture from the 19th century, registered by the INAH.

San Sebastián is within the area of ​​the appellation of origin of the raicilla, and is in the process of having its own tourist route, which would also include the municipalities of Mascota and Talpa de Allende.

It is essential to take a tour of this municipality, where you will surely have a lot to see and great experiences to tell. 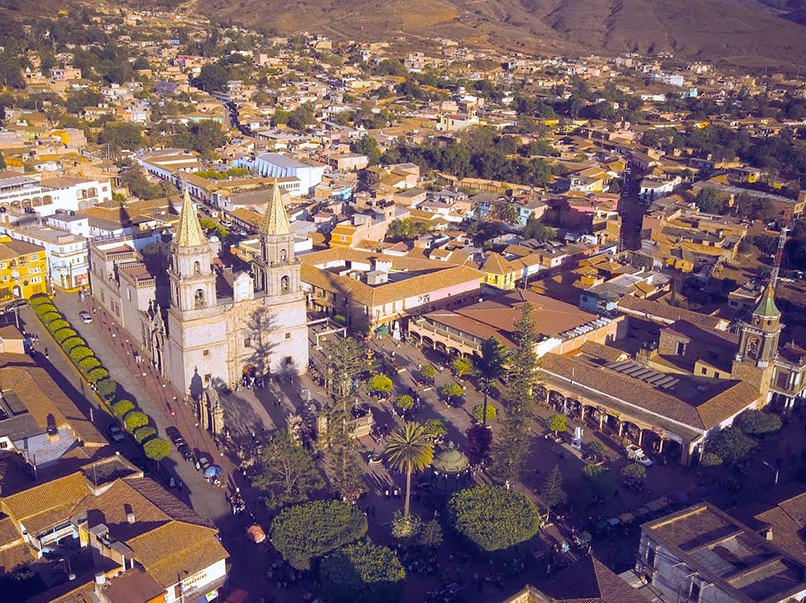 For those who like Religious Tourism, this Pueblo Mágico was positioned as such in 2015. It belongs to the Western Coast/Sierra Region, and is an anchor destination of the Pilgrim Route.

Also, Talpa belongs to the "Marian Triangle," one of the three main destinations for Religious Tourism in the state. Its sanctuary, of the Virgin of Our Lady of the Rosary, receives around 4 million visitors a year, and the pilgrimages of the faithful to Talpa come from different towns, mainly from Ameca, and even from other neighboring states.

Among its tourist attractions, the largest maple forest in Latin America stands out, with more than 56,000 hectares of pine trees, arboreal ferns, oaks, and maple trees. Scientists claim that it is the richest forest in species, compared to others of the same type in the United States and Canada.

In this municipality, the typical sweets of the mountain towns of Jalisco, made with seasonal fruits and milk, also become a delight for the palate. Local crafts are often made with chilte, a material produced with the sap of the chicozapote, which is collected and put on the fire with water, until it acquires the consistency of chewing gum.

Talpa is one of the destinations that makes tourists speak well of Jalisco.

In the Valles Region, 65 kilometers from the Perla Tapatia, we find the municipality of Tequila, which in 2003 received the distinction of Pueblo Mágico.

This place gave its name to the most representative drink of Mexico in the world, and the town of Tequila was the first denomination of origin, both in Mexico and Jalisco.

Tequila is part of the Agave Landscape, which UNESCO declared a Cultural Heritage of Humanity. Its main square is surrounded by laurel trees and preserves its traditional portals.

But what most attracts tourists to this destination are the unique experiences around tequila; guided visits to factories and distilleries, where they discover the process of making the beverage, with options to explore the agave fields as well.

This community is part of the Tequila Route, which has two tourist trains and services such as helicopter rides, horseback riding, and hiking, among others.

As a family, or with friends or partner, Tequila is a destination that you should not miss. 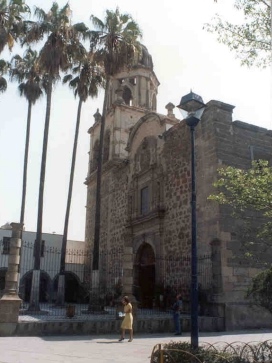 Within the Guadalajara Metropolitan Area we find this town, whose downtown area received the title of Pueblo Mágico in 2018. In this case, the perimeter that is considered includes only the Historic Center of Tlaquepaque, which is 42 blocks.

With an artisan vocation, Tlaquepaque is recognized nationally and internationally for its crafts and the production of high-quality products, the specialties being blown glass and baked clay.

Its main streets in the first square continue to retain the characteristic town style, although many of the houses are commercially oriented.

It has a walkway called Independencia where you can find an amazing gastronomic variety. The must-see places if you are in this municipality are the Parián, the Pantaleón Panduro Museum, the Sanctuary of La Soledad, the Parish of San Pedro Apóstol, and the El Refugio Cultural Center, which offers various artistic and cultural expressions.

So if you are in Guadalajara and want to enjoy the charm of the Magic Towns, head to San Pedro Tlaquepaque.