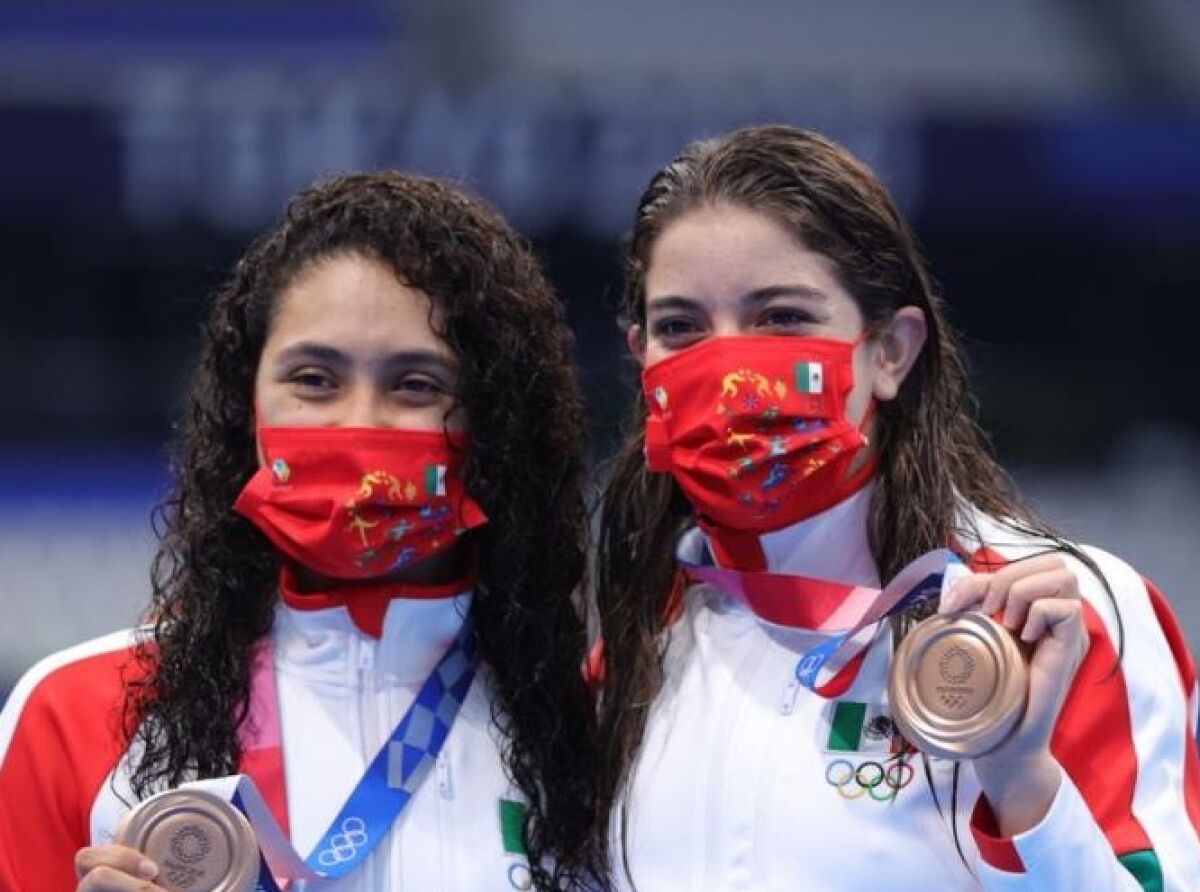 Mexico celebrated its second medal at the Tokyo Olympic Games Tuesday morning, after obtaining the bronze in the dives within the synchronized women's 10-meter event.

The Jalisco touch could not be missed as it was awarded to Alejandra Orozco Loza, accompanied by Gabriela Agúndez from Baja.

The medal fell after the pair completed their five mandatory dives with a total of 299.70 points, which placed them in third place in the competition. The gold was won by the Chinese pair with 363.78 units, while the United States was positioned in second with 310.80.

Orozco adds her second Olympic medal after debuting in London 2012 with a silver medal alongside the experienced Paola Espinosa, becoming the youngest Mexican to win an Olympic medal when she was only 14 years old. She attempted again in Rio 2016 but she could not repeat the feat, so her participation in Tokyo was presented as the opportunity to return to the most important podium of her sports career.

Alejandra will still compete in the individual event next Wednesday, August 4.

At that time, they trained in the Jalisco Code and in Baja California Sur, from where Gabriela originated. However, as time passed, Gabriela decided to move permanently to Guadalajara, where coach Iván Bautista took charge of the training sessions, until she achieved her Olympic classification after a series of international participations and a national technical evaluation, an event in which they finished in first place just last month.

During this cycle, the silver medal obtained by this couple at the Lima 2019 Pan American Games stands out.

Bronze at the 2013 Edinburgh World Series