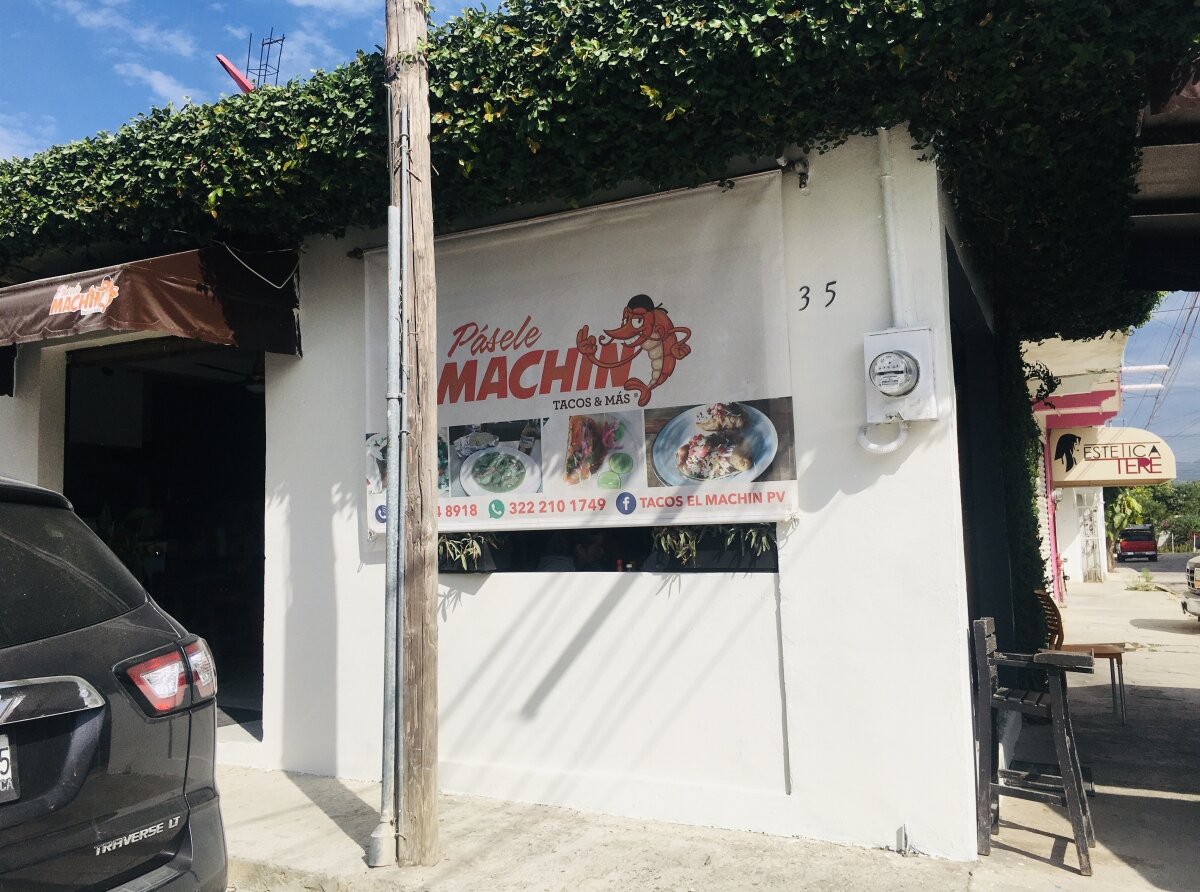 Today we went to an old favorite restaurant with delicious fish tacos and other foods!

When I’m writing about a restaurant I like finding new places that I haven’t been to before, but every so often my dad and me go to an old favorite that we know is really good. And that’s what happened today… kinda. Basically we were going to a Mexican restaurant, but they were closed for some reason, and then my dad remembered that this little restaurant we used to always go to was nearby. Not-so-fun-story; one time when we came to this place with a big group of people we had ordered an order of birria, which came in a bag barro, or clay, bowl, but they had just recently opened, so everything was super hot, and as the waiter was setting the bowl on the table it just broke in half, and the boiling birria went all over my sibling’s lap, and got burned really bad. Anyway, the place is called Pasele Machin, or Tacos El Machin, and is located on Preparatoria 335 in Educacion. 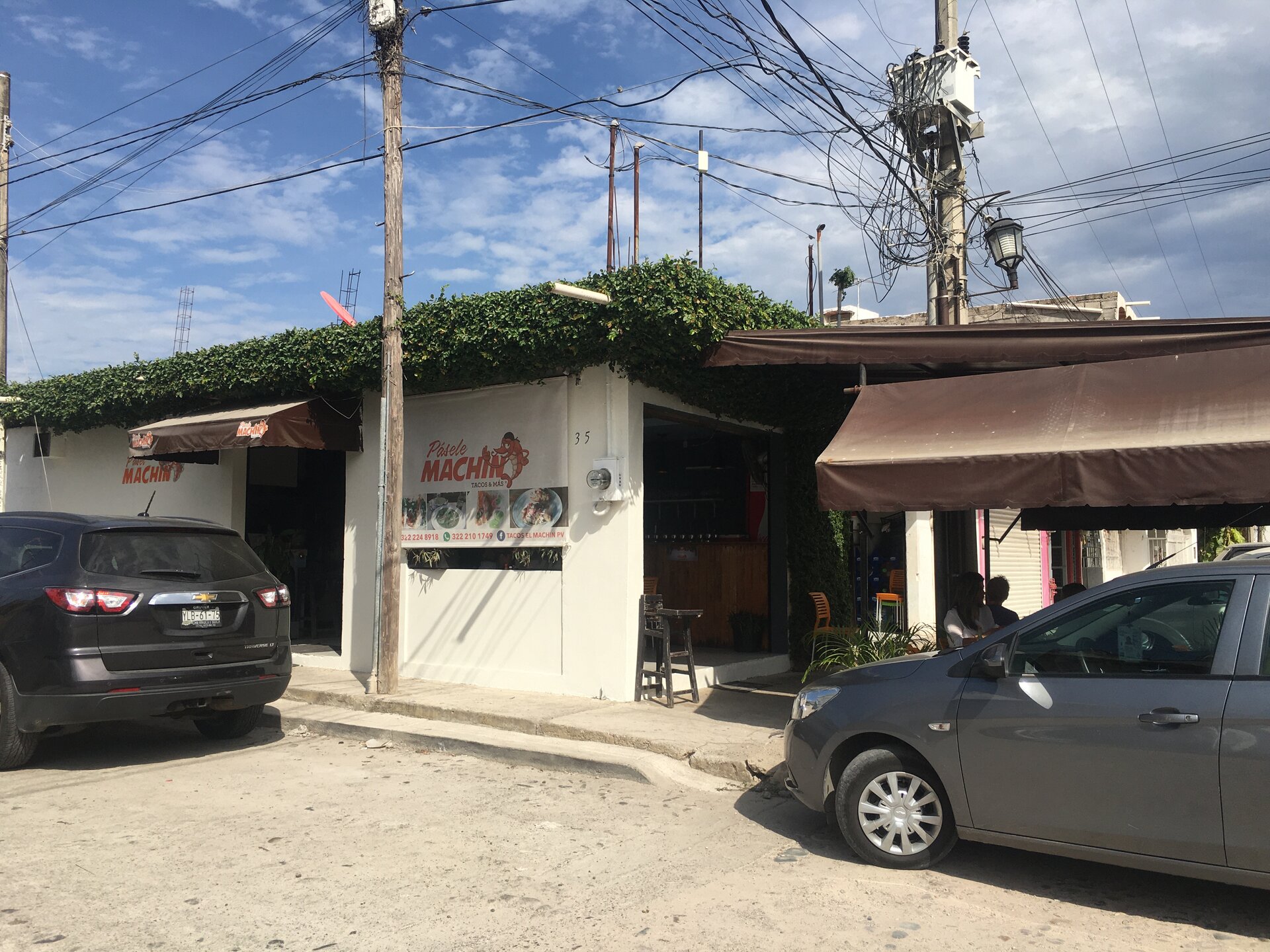 Pasele Machin is mainly a seafood restaurant, but they also have tacos, quesadillas, toritos, birria, and other non-seafood options. As for seafood, they have so many different meals! They have burritos, fish and shrimp tacos, aquachiles, warm or cold cocktails, seafood salads, many different styles of shrimp, grilled octopus, grilled fish as well as many other styles, seafood empanadas, and tostadas. There’s also a little part of the menu that’s a kid menu, and they have chicken nuggets, chicken tenders, and a small fish fillet there. 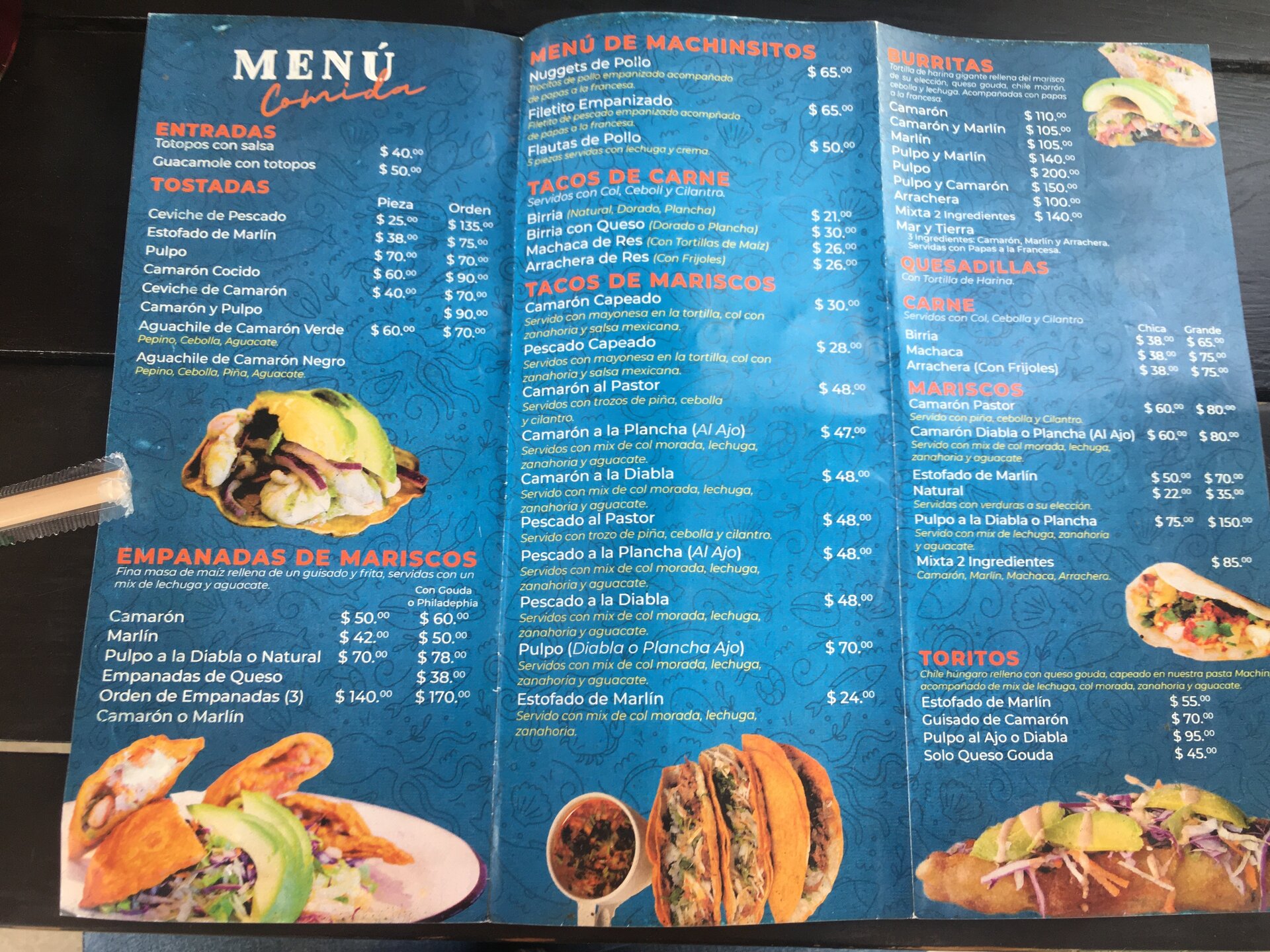 I got a torito, which is like a chile relleno except it has some sort of meat inside it, and I choose shrimp. First of all, they have a special batter that they fry everything with, which is really good since it has its own’ unique flavor, and I really liked it on the torito. The chile they used was a chile guero, which are normally kinda spicy, but I didn’t taste any spiciness at all, yet I still got the full flavor of the chile. I’m not sure how they were able to accomplish that, but it was really nice, because even though I enjoy spicy foods, I personally think chiles rellenos and toritos are better not spicy. Now, the filling in my torito was suuuuper good. There was a lot of shrimp in it, which were all perfectly cooked, and with every bite I got at least a small piece of shrimp, as well as lots of delicious, melty, Gouda cheese. Everything about the torito from the fried coating to the chile itself to the filling went really good with each other, and that was a darn good torito. 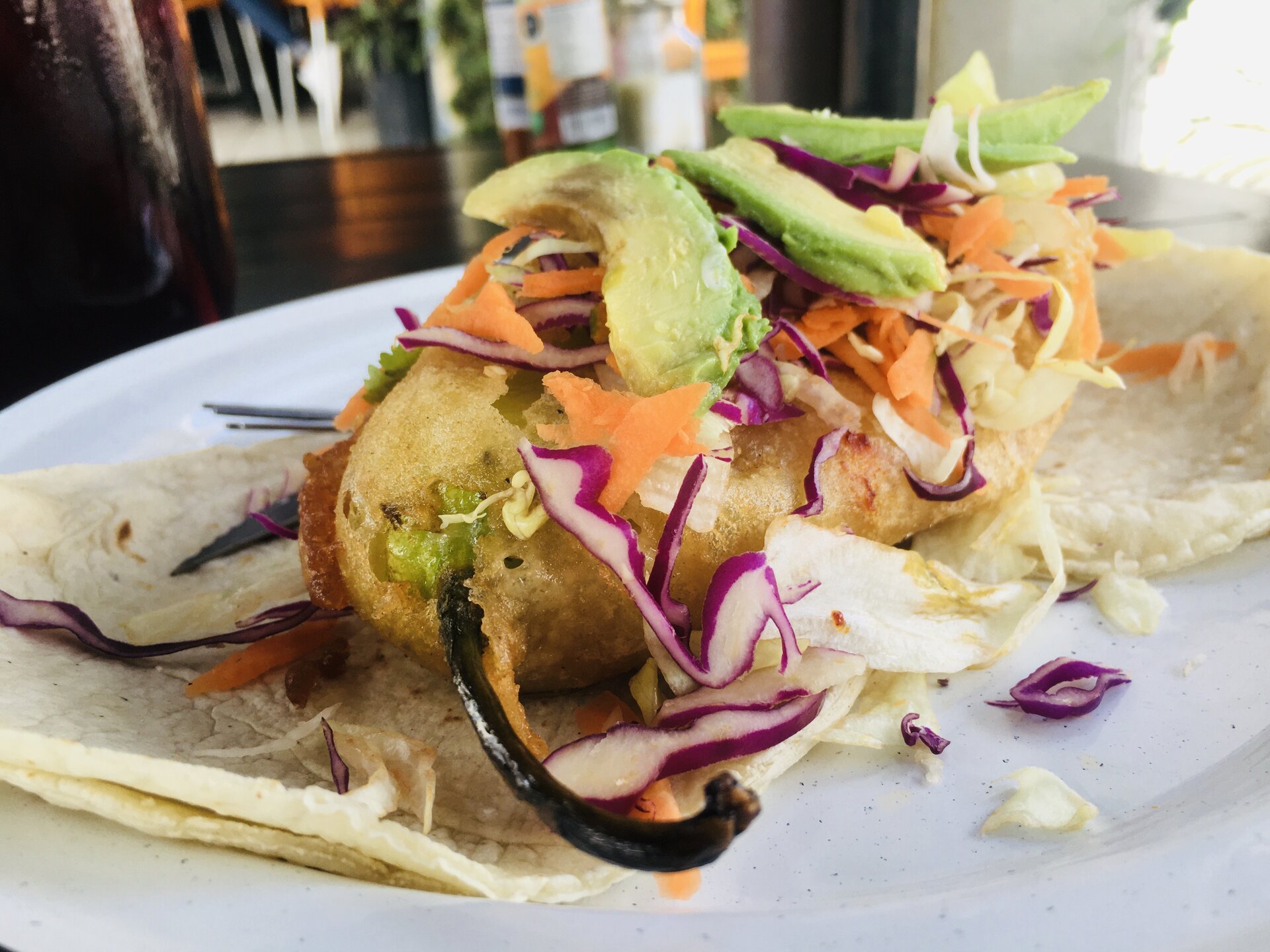 My dad wasn’t very hungry, so he only got himself two fish tacos, but they are one of his favorite fish tacos in town, and he’s been eating there for a long time. Like I said, their batter is really good, and my dad said that it’s spiced, which is really nice because in a lot of places the batter is very plain, and no that enjoyable. The pieces of fish on his tacos were a good size, and they were perfectly cooked, just like my shrimp. My dad says that they must have super hot oil, because the batter is always fried brown, but the fish is just right, and never over or under cooked. But, my dad says what makes his taco is the salsa he puts on it. They have two salsas, one green with jalapenos and one red with chile de arbol. The red one is the one that my dad used, and it’s very dry, but tastes almost nutty, and even though I’m not fond of those type of salsas, my dad loves them. 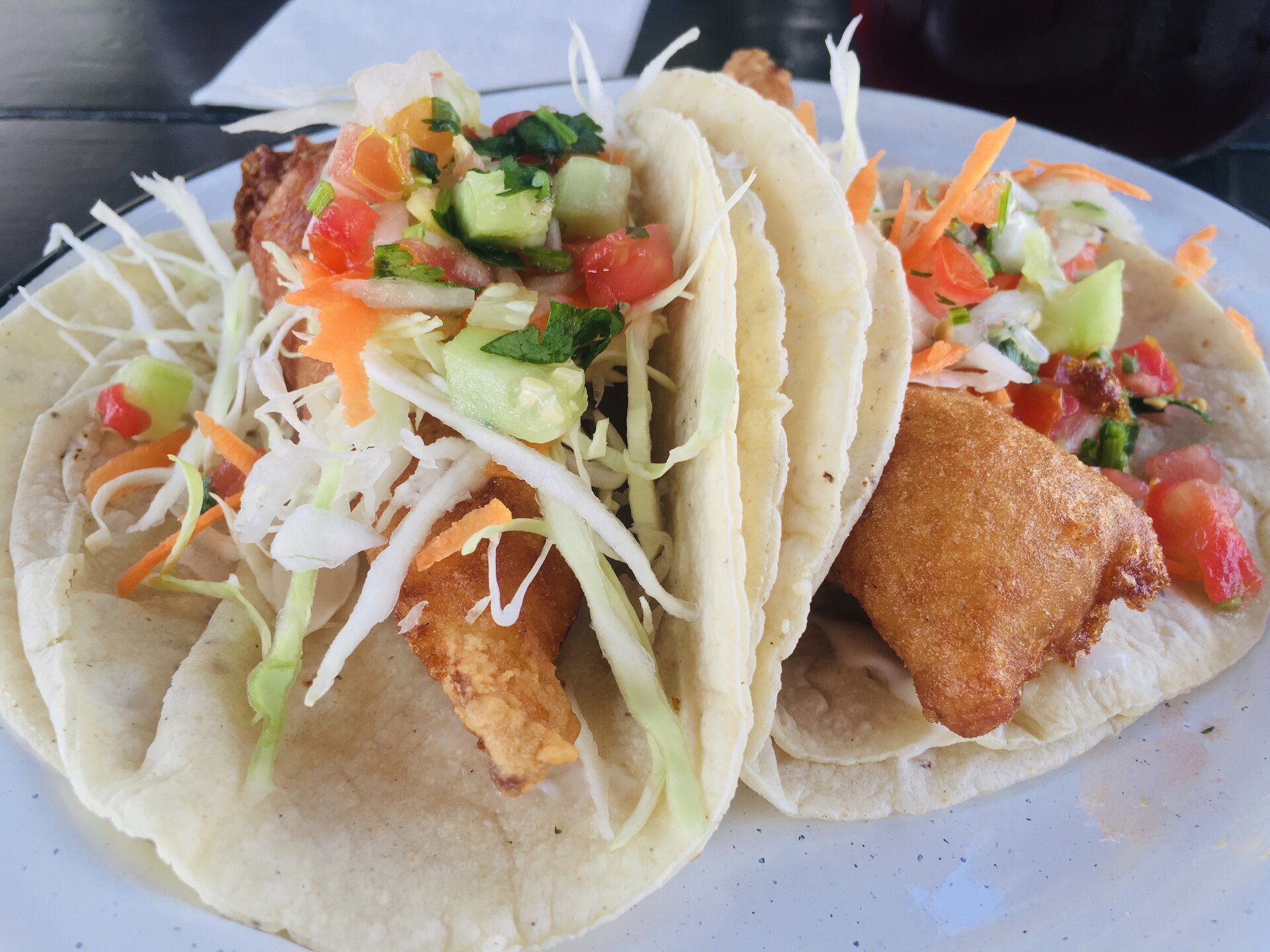 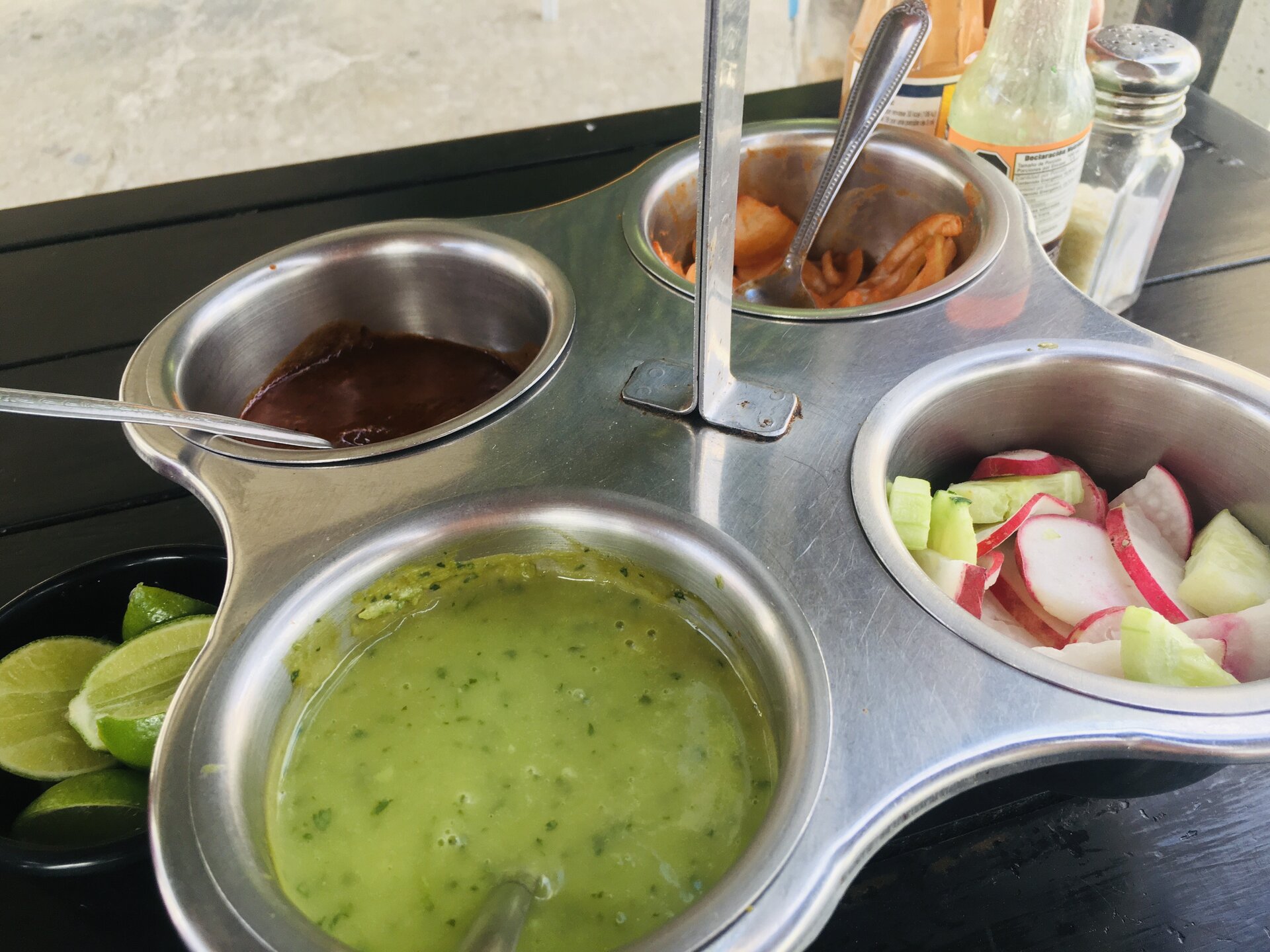 Pasele Machin is a nice little place, and there is indoor as well as outdoor seating, which has shade, so you can sit where you’re most comfortable. Also, the waiters are really nice, and the service is good and fast. So, the food is incredible, the atmosphere is really nice, and the people there are great! Basically, it’s a amazing little restaurant! 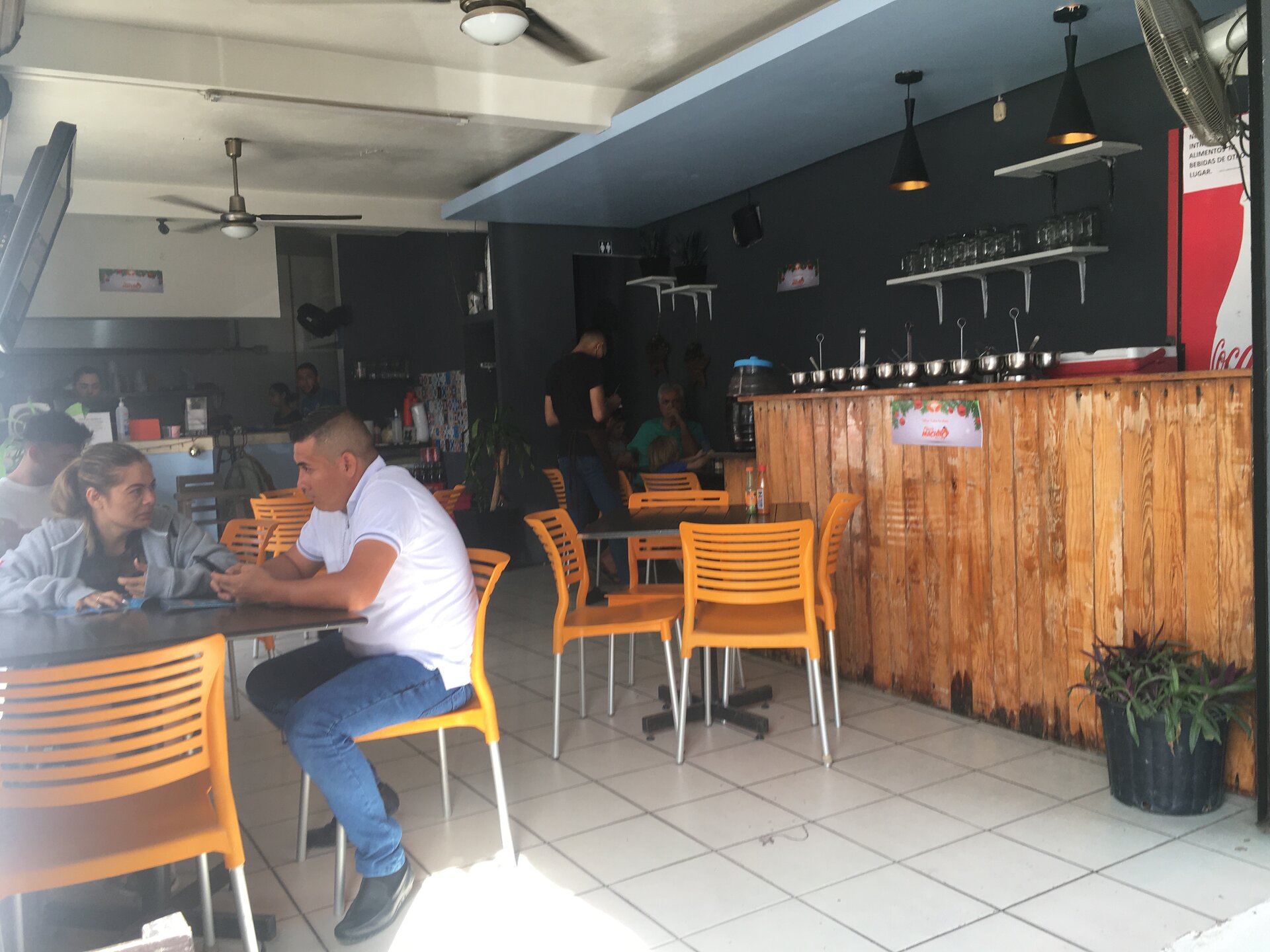