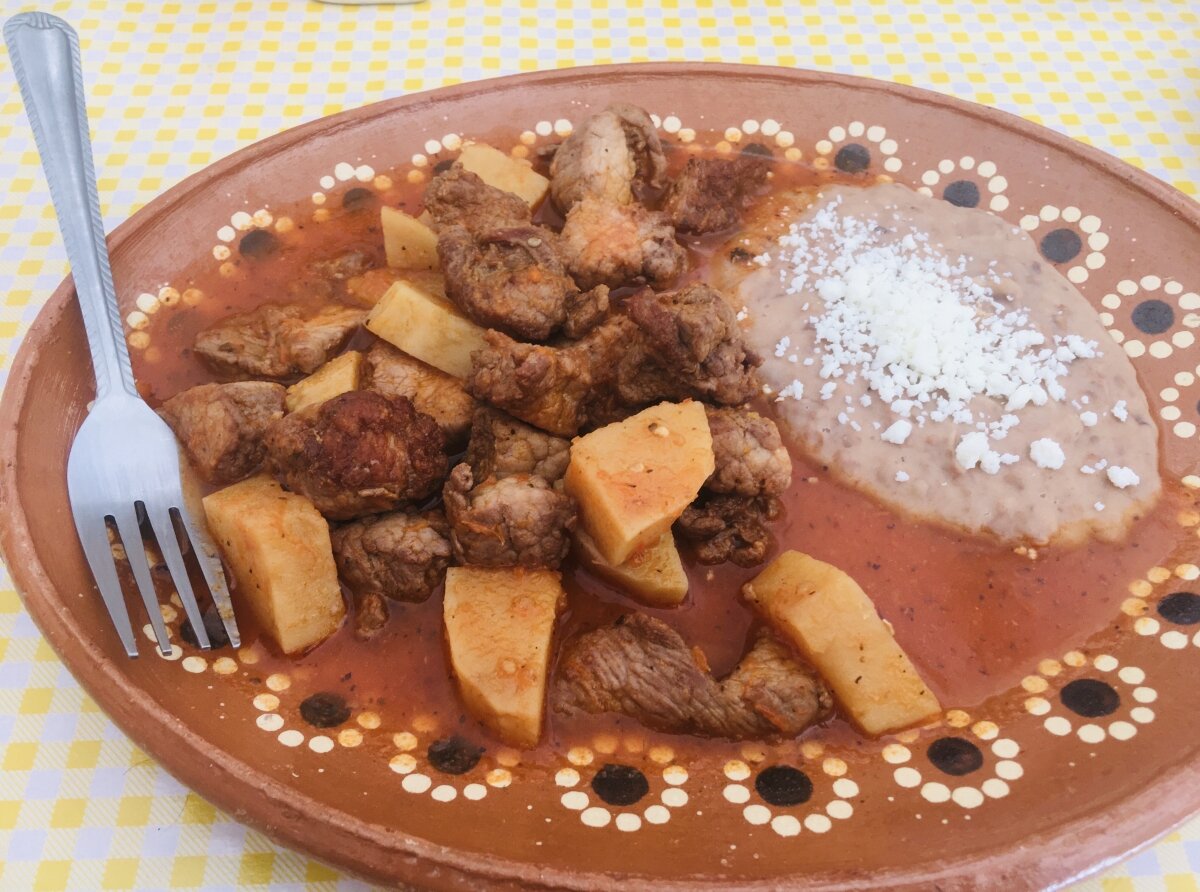 Today we went to a nice little Fonda that we've been wanting to go to for a while with amazing food and super friendly staff.

Me and my dad go to many different places, and almost every time we go out we see a little place that we want to try later, so I write it down and eventually we get to it. Or sometimes I don’t write it down and it’s a matter of if we remember about it or to stop at it. Well, there’s this little place by where we used to live, and we drive by it probably every time we go out, and we’ve always wanted to stop at it, and finally today we stopped at it. It’s called Birria, Menudo, Y Cochinita Pibil, and is located on Calle Pavo Real 507 in Ojo de Agua. 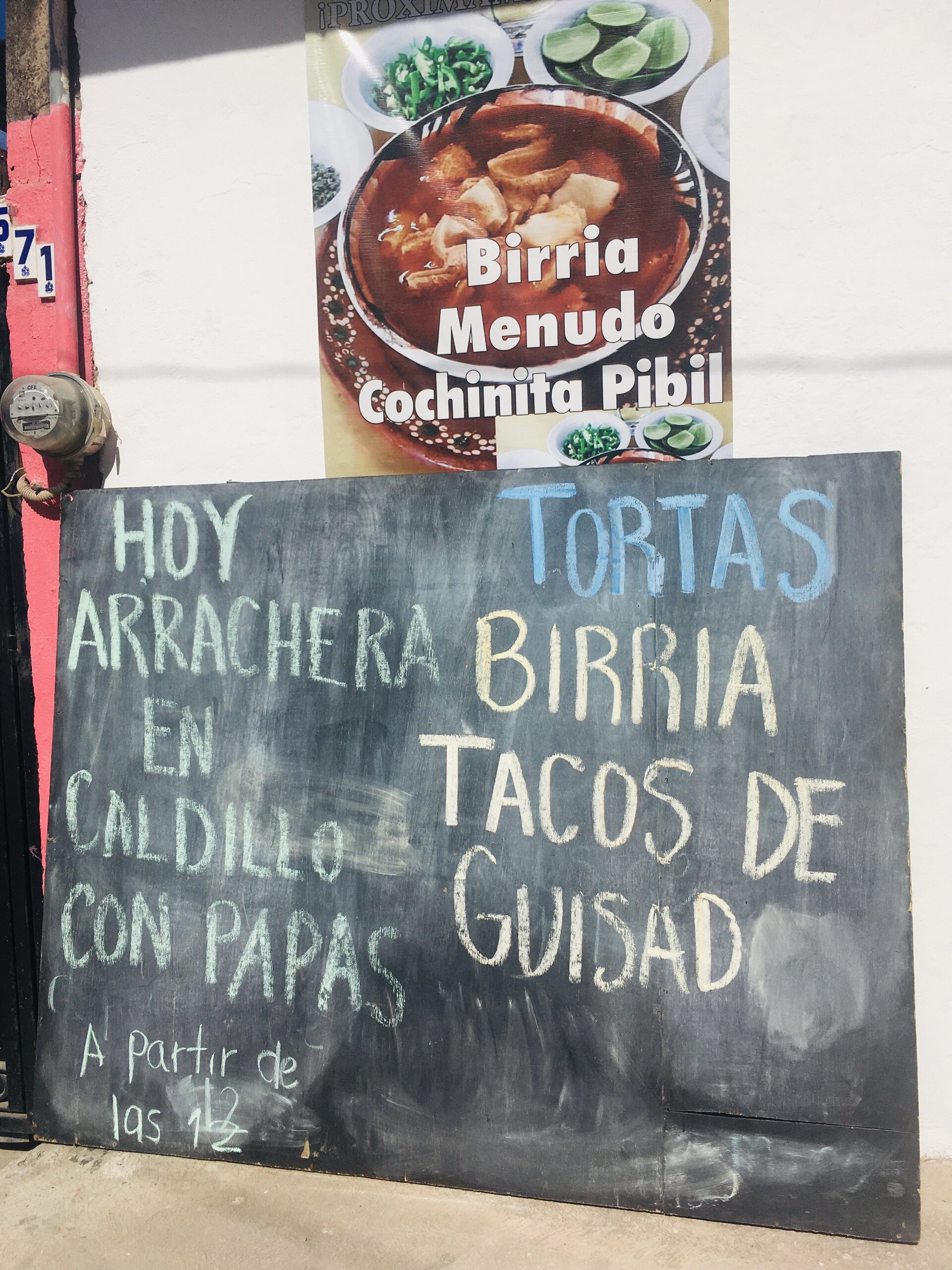 Cochinita Pibil is a fonda place, and they have a different comida corrida meal for 75 pesos every day. They also have birria, menudo, and cochinita pibil, like their name states, but apart form that they have tacos, gorditas, quesadillas, and other stuff. It's also located near a few different schools, which are Ameyali, SPAC, and Vancouver, So, if you're a parent with a kid who goes here, you should definitely visit this place for some lunch! They can make variations to any of the plates and serve more or less food for a higher or lower price, so if you’re a parent with a little kid you picked up from school, they can get a small plate of food for him or her. And, in some cases they can even make off-menu meals if they have the ingredients for it.

The meal of the day that they had today was carne en caldillo con papas, which was somewhat like carne a la Mexicana minus the vegetables. It was steak and potato chunks in a thick tomato sauce, and it was really good! The steak was super tender, and tasted really fatty, which is a good thing, so it just had really good flavor. Then there was the potatoes, which were cooked quite nicely, but there’s not much you can say about them since they’re, well, potatoes. But, I surely can talk a lot about the sauce! It was tomato sauce, like I said, but it was kinda thick. It was probably mainly just tomato, onion, and garlic, because it wasn’t spicy in the least, but it was spice-y. Yet, I’m not sure what type of spices were used. All in all every part of the plate was delicious and it went great together, and using a nice, warm, homemade tortilla to make a taco brought everything together even more.

My dad got the same as me, the comida corrida, and he liked it just as much! But, instead of comparing it to carne a la Mexicana, he said it tastes a lot like American beef stew, except stew would have carrots and celery and that. My dad also really liked the chunks of meat, which were arachera, and how super tender they were, with super good flavor. He literally went “mmmmm” when he first tasted his food! But, as you know, my dad loves salsas, so he poured the whole bowl of salsa on his plate, and then they brought him a new one, and he poured most of that as well. 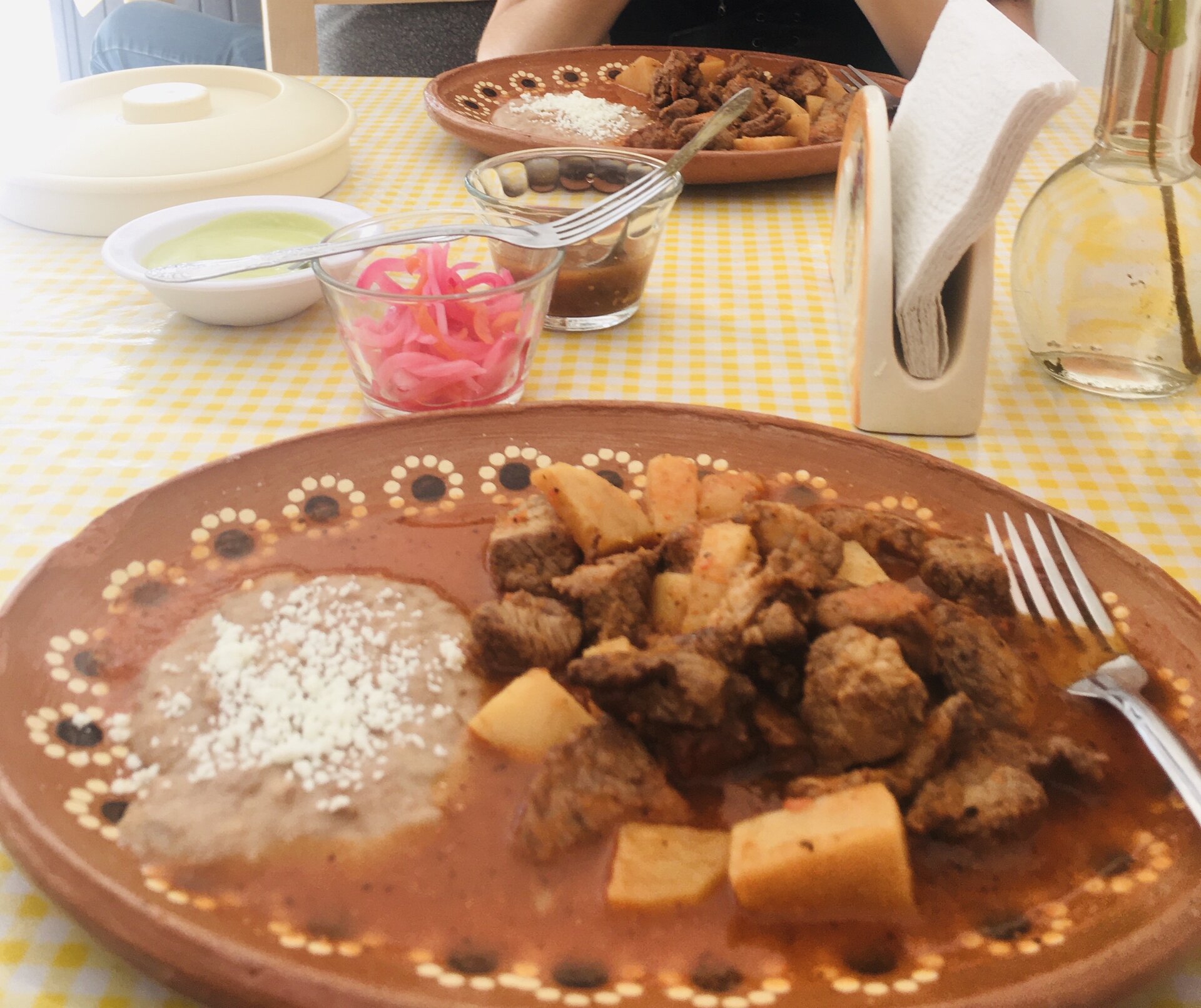 Cochinita pibil is a little place, and it's a little funky, but it is very clean. There are a few different tables as well as a big kitchen area, so the owners have lots of room to cook, and you can also see them preparing your food. Also, the two siblings who own the restaurant are really friendly, so it’s a nice place to be at. They’re always making sure you’re ok, and asking if you need more tortillas, or sauces, or anything. So, it’s a really nice place there, with a nice vibe, nice people, and super great food! 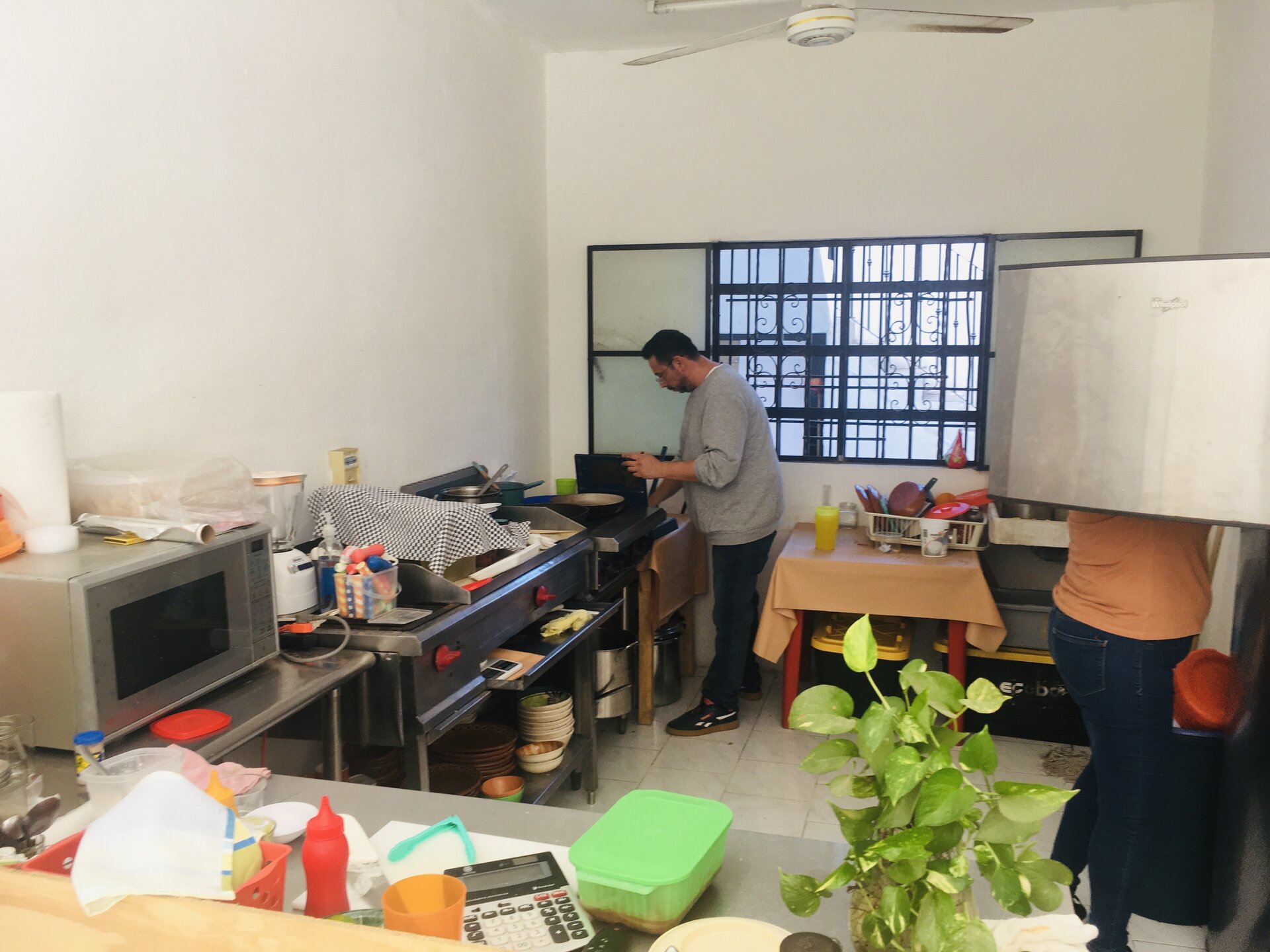