You Can Find Authentic, Chinese Food In Vallarta

Today we went to a real, authentic Chinese restaurant near Pitillal.

So, as you probably know by now, I have a snake, and every so often I have to go to pitillal to get rats to feed him. And, as usual, I have to find a restaurant to go to and write about in pitillal or near it, and today I found a Chinese restaurant that was nearby. I actually don’t remember going to any real Chinese restaurants here in PV, only the buffet-type ones with cold, stale food. But this place is a real restaurant and the food is definitely not cold or stale. It’s called Panda Comida China and is located on Av. Arboledas 185 in Albaratos, which is only a couple minutes away from Pitillal. 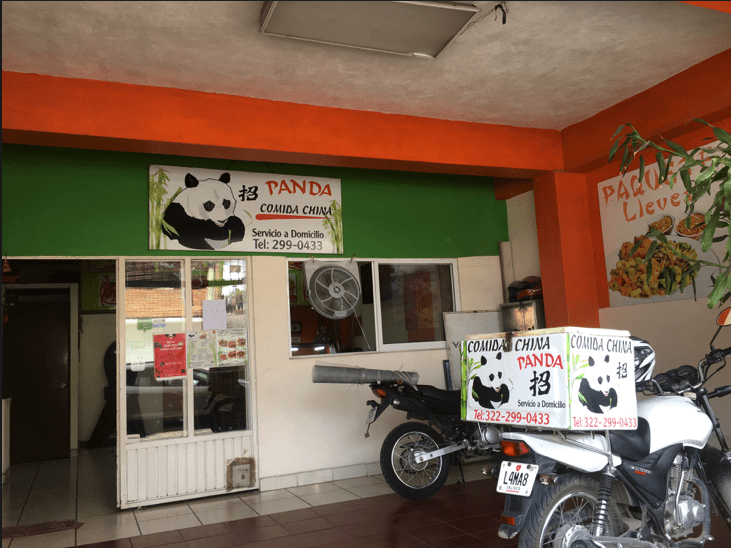 The owner of the restaurant, Noe, has lived in the US for a long time and has always been into cooking and has learned a lot of different styles of cooking, but for a long time he wanted to learn Chinese cooking. Though, he was never hired by restaurants because they were looking for people who were Chinese. Well, he finally got a job as a janitor at Chinese Palace in Baldwin Park, and slowly he worked his way into the kitchen from being such a hard worker. And, once he was working in the kitchen he was taught many different recipes and how to properly cook Chinese food. He also then worked at many different Chinese restaurants. Then, once he came back to Mexico, he decided to open up a Chinese restaurant in 2001, and he serves lots of different traditional Chinese dishes made with traditional ingredients. 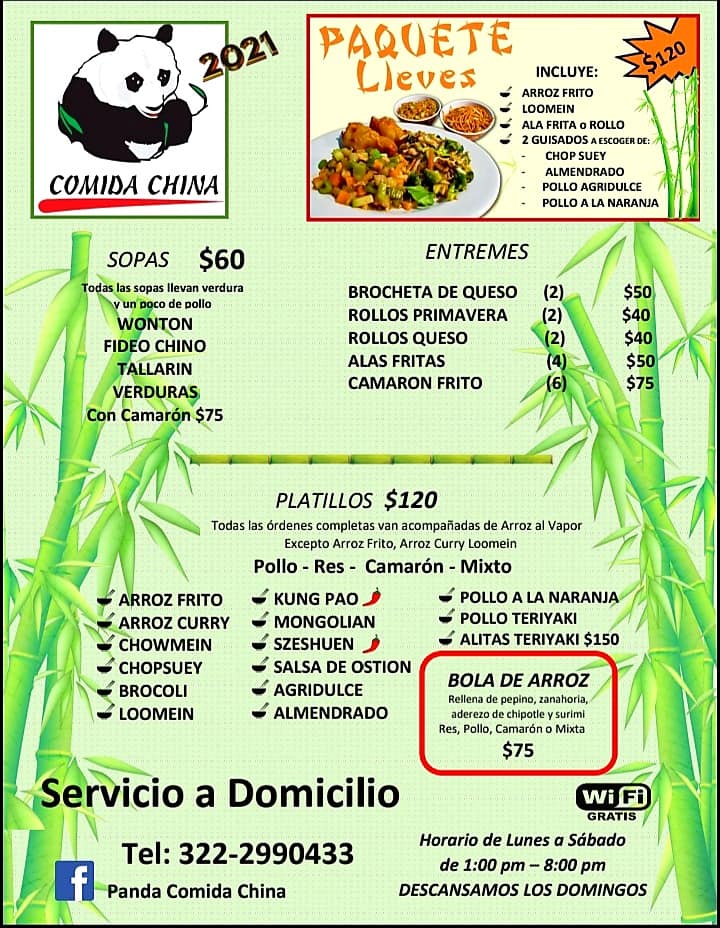 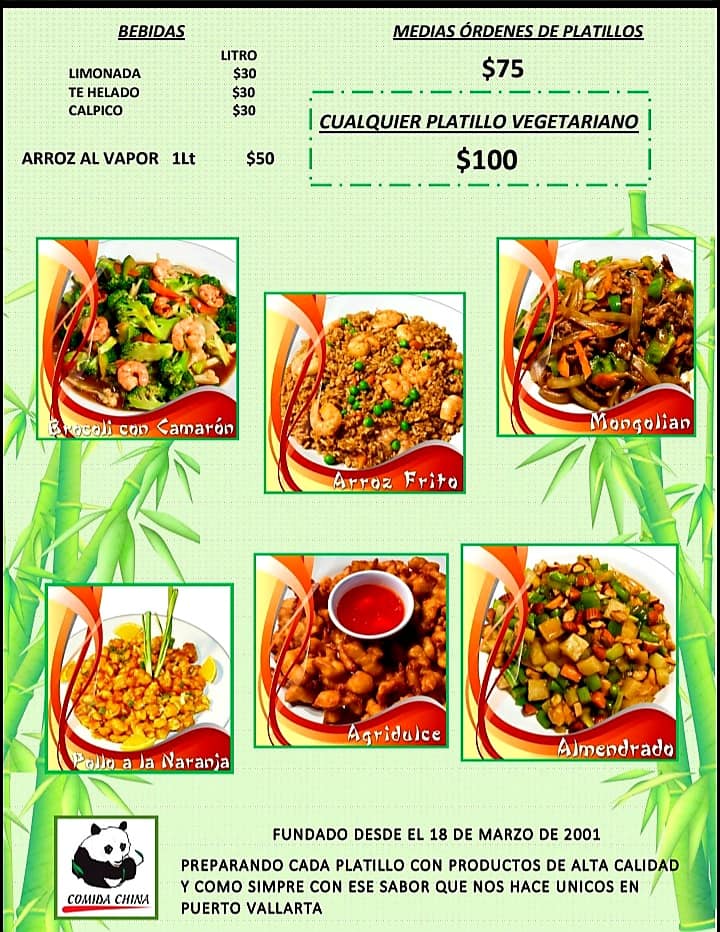 I got a won-ton soup and a mixed rice ball, because if you couldn’t tell by now, I really like rice balls. The soup was really good, and the broth was super rich because it was made out of fish stock and chicken bones. The noodles were cooked perfectly, and they were still a little al dente, and all the different vegies were all still crunchy, so they were added in at different times to make sure they all were cooked just how they needed to be. Then there were the wontons, which were super good, but at first I had no idea what the filling was, so I asked my dad. He said that traditionally ground pork, ginger, and garlic is used, but he wasn’t sure what was used in these until he tasted them, which then he said that it was pork, and then we asked the owner, and that was what was in it! Also, as soon as my dad tasted it he said that it tasted just like soup he used to get at a Chinese restaurant in China Town. 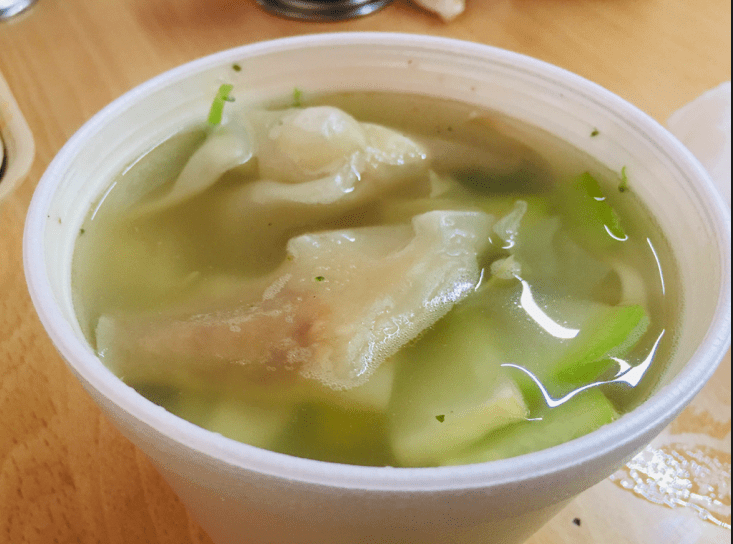 Now, about the rice ball. It had fish, imitation crab, chicken, steak, cream cheese, and some veggies, and it was really good and really big. It wasn’t even a ball, it was more of a ball of fried rice cut in quarters with a giant pile of filling around it. But, it was really delicious because the rice was kinda sweet, and the mixed filling was full of different yummy flavors and nice textures. It’s hard to describe, since it all blends and goes together so well, but it’s sweet, a little spicy, savory, and all-in-all perfect! 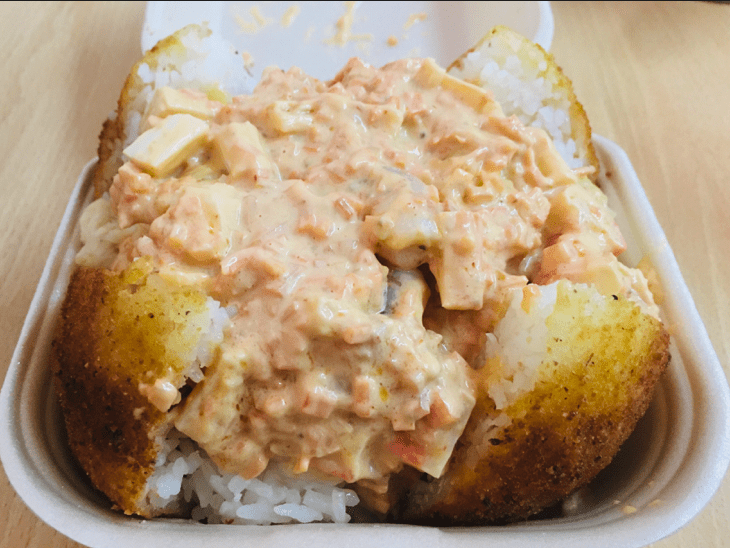 My dad got the beef Szechuan, and my dad asked for it to be extra spicy, even though they didn’t really make it very spicy. Now, my dad actually talked with a guy who was waiting for a to-go order before he ordered, and the guy was actually a friend of the owner, and he told us that the food was traditional. And as you know my dad likes spicy foods, so he wanted to get one of the three or four dishes that were spicy, but he specifically choose the Szechuan to see if they used Szechuan pepper corns, which they didn’t, but it’s understandable because they are incredibly expensive and the food is really low-cost. But anyways, once the food was brought out to my dad he knew it was authentic, because it had a pile of steamed rice instead of fried rice, and the food wasn’t dry and buffet-like, it was actually drenched in almost boiling sauce. And once he tasted it, he was not disappointed, as it was delicious, just not as spicy as he asked for. There were lots of different deep and subtle flavors throughout the dish that he could all taste separately, such as ginger, garlic, Chinese spices like five-spice, and so many others! Then there was also a little bit of oyster sauce flavor, yet normally when you get Chinese food here you get just soy sauce flavor, and he didn’t didn’t taste any soy sauce. 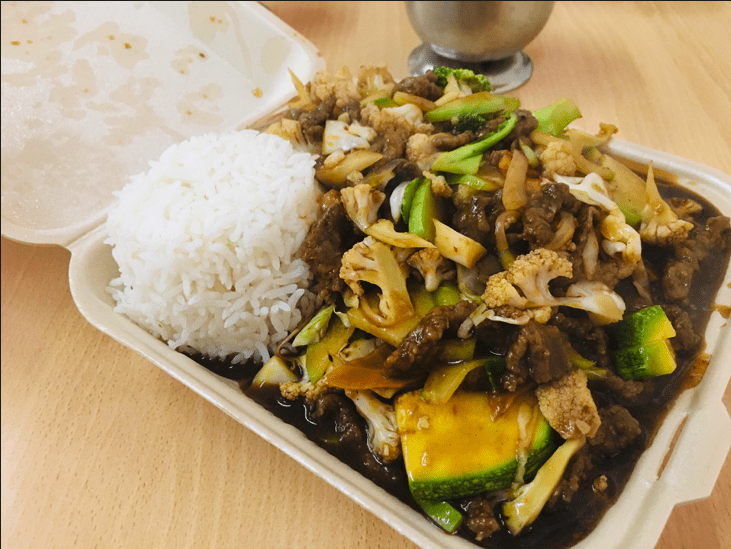 So, the food is all really good, and the restaurant is nice, but there are only a couple tables out, since for a while they’ve only been doing deliveries or take-out because of the pandemic. They actually do deliveries all over PV, and if you spend the minimum amount of money, which is 300 pesos for the tourist zone, you get 25 pesos delivery fee instead of something like 70 or 80 pesos. They are also on Rappi and Didi though, and they prefer you to use those services rather then calling them up, though then you don’t get the 25 peso delivery fee deal. Also, if you go visit their restaurant and mention you read this article of if you show them the article between now and two weeks you’ll get a free liter of sweet tea or a free spring roll. 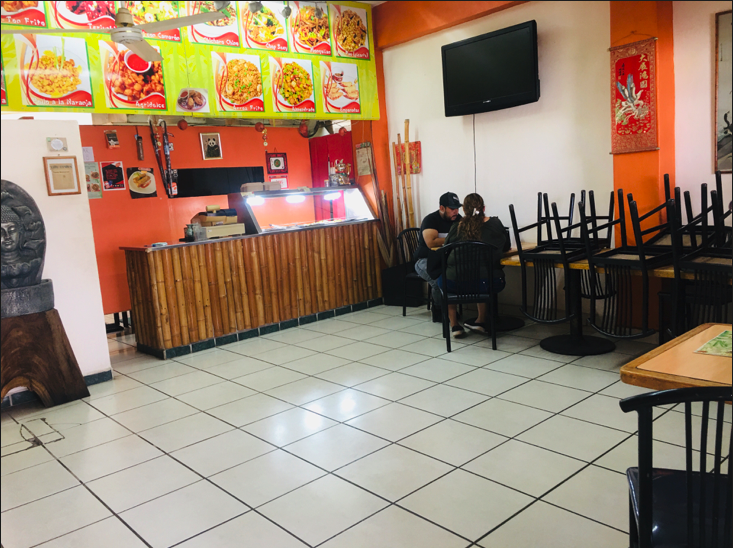