Zuzhii Sushii: A Place to Get Delicious Sushi for a Low Cost 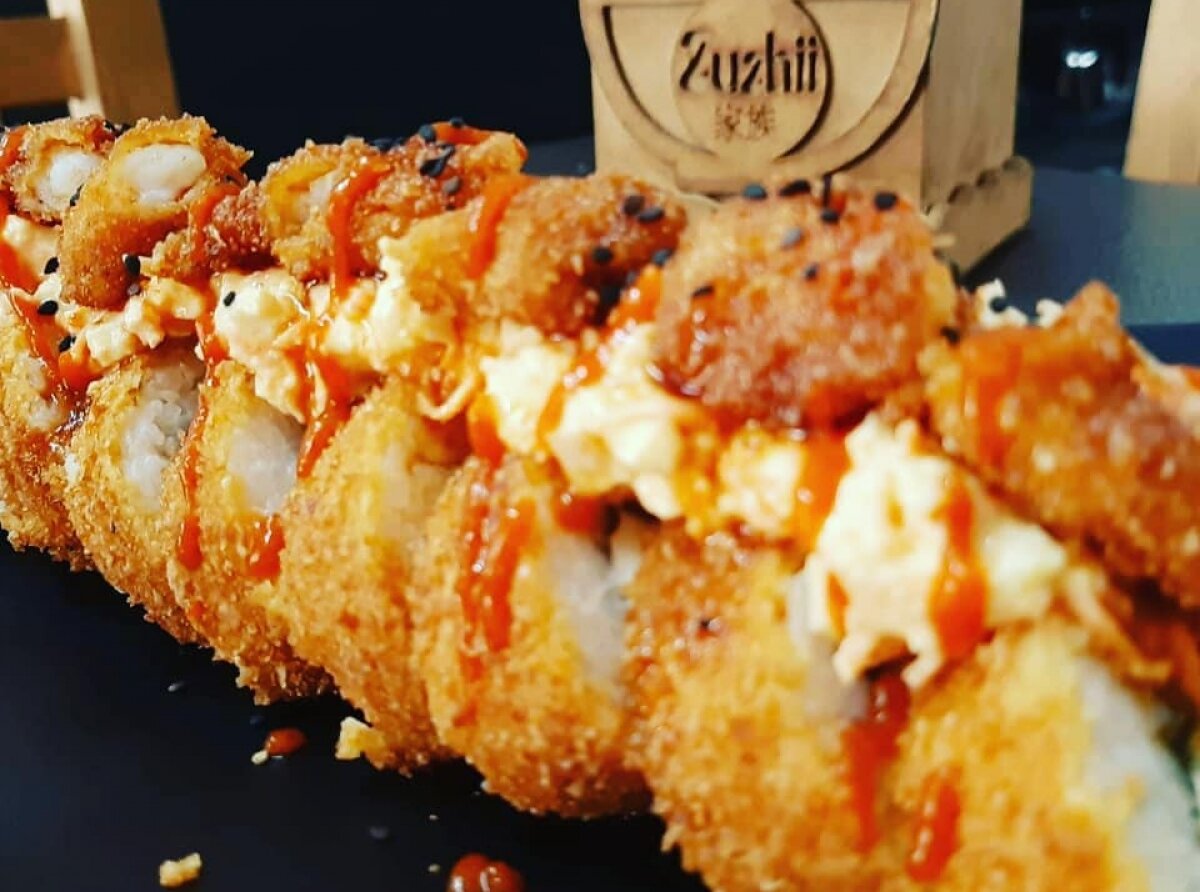 A couple days go we went out and found another low-cost sushi restaurant, and in Pitillal!!

The last couple times I’ve gone to sushi restaurants I’ve wondered if there were any more low-cost places, since normally sushi is quite expensive. Well, I keep finding new places, and it actually surprises me how many sushi restaurants, none-the-less  low-cost sushi restaurants there are. And, a couple days ago, on Thursday, I found a new place! It’s called Zuzhii Sushii, and is surprisingly located on Abasolo 212, which is in Pitillal! But they can also do deliveries to all of PV and they’re on Uber Eats and Rappi. 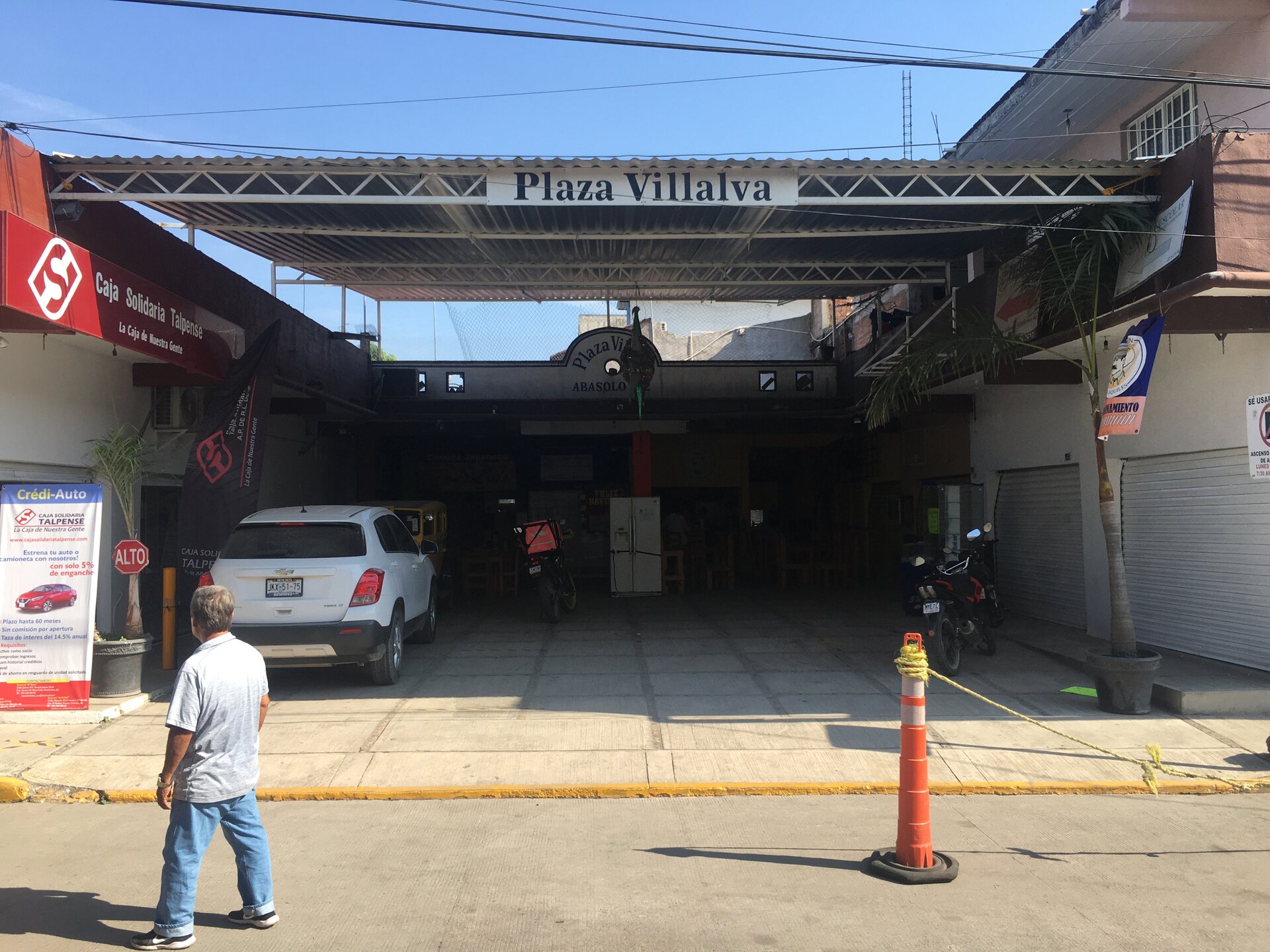 Zuzhii Sushii has the regular sushi restaurant menu; sushi rolls, yakimeshis, rice balls, teppanyakis, etc. But, aside from that they also have a couple different packages. There are four sushi combos, all for 95 pesos, that either come with a roll, a scoop of fried rice, and spring rolls, or a roll, a rice ball, and a pile of fried rice. Then they also have a hamburger package for 175 pesos that comes with two hamburgers, french fries, and a roll. 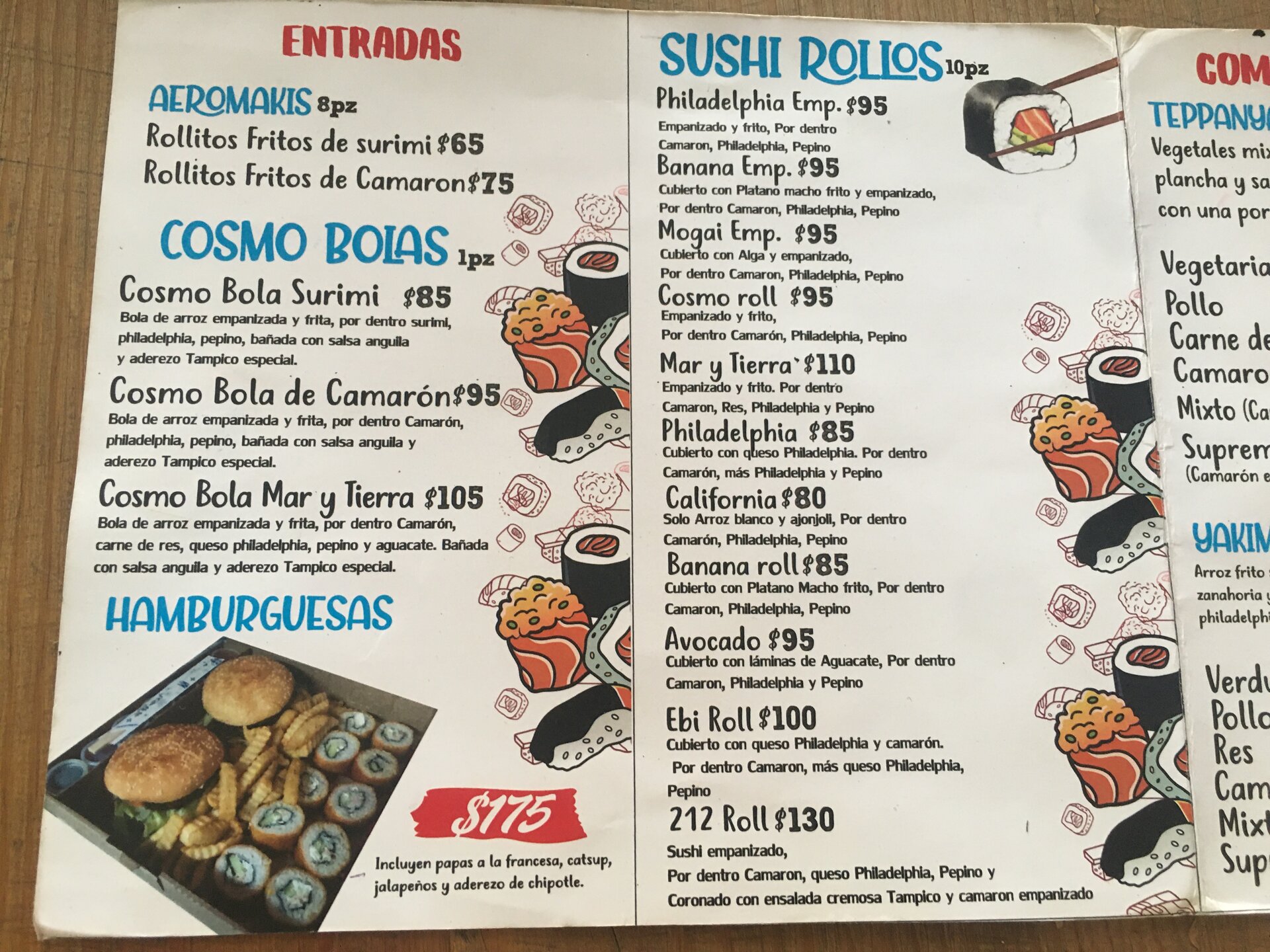 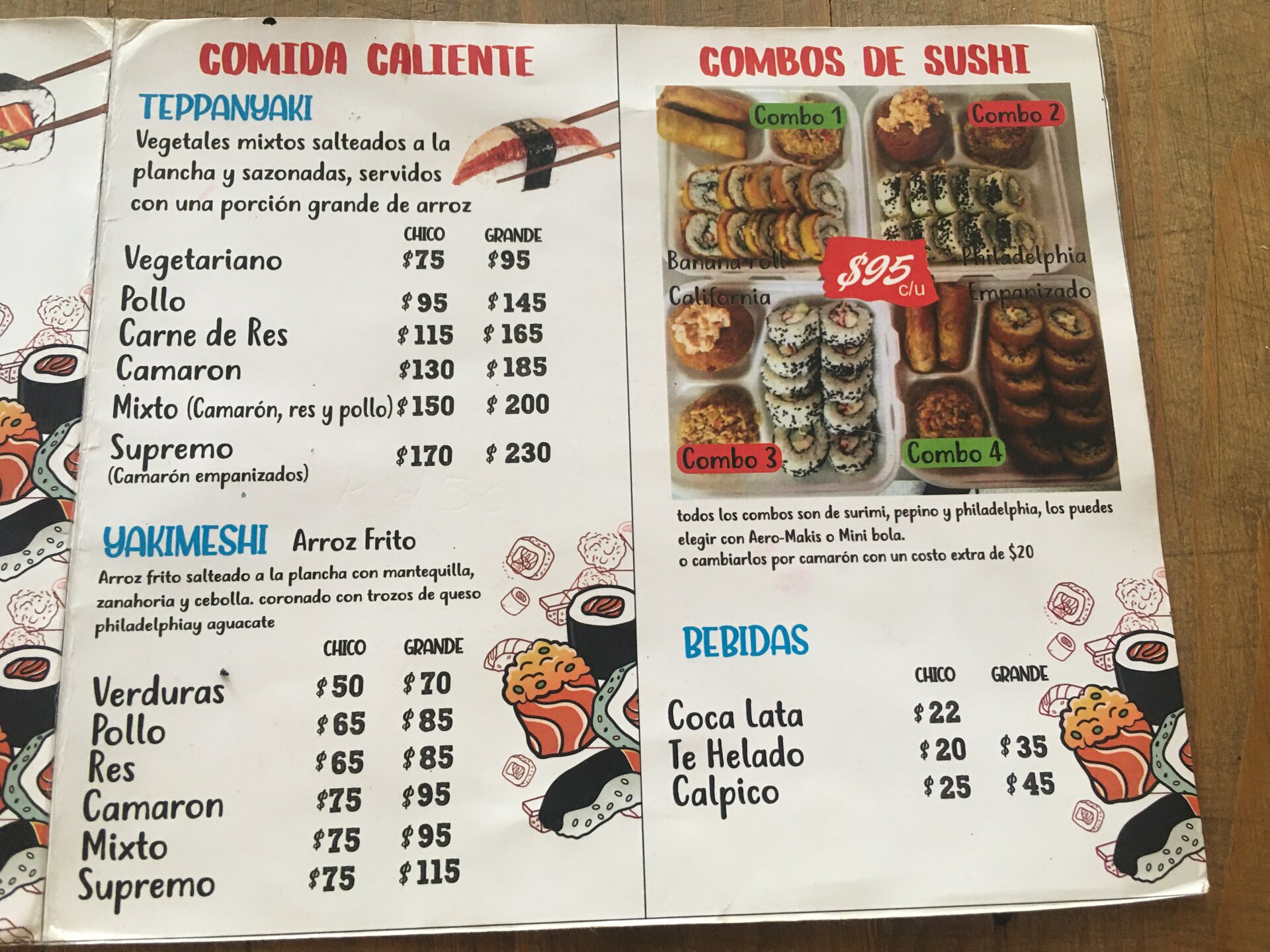 Before our main meals my dad and me thought that we were getting a rice ball as an appetizer, but turns out we both got pretty full with half of the ball each. It was the Cosmo Bola Mar y Tierra, which has steak, shrimp, cream cheese, cucumber, and avocado, and it was literally overflowing with stuffing, since it was cut in half. The steak and shrimp were both cooked perfectly, and seasoned perfectly too. There was lots of cream cheese, and it was mixed in thoroughly, so you weren’t getting a bite that was simply cream cheese, you were getting everything covered in cream cheese, which is super good. There isn’t much to say about the rice itself from the ball, but it was pretty good and I think it had some sort of spice, so it also had it’s own slight flavor. Like I said before it was super filling, but we had already ordered, so even after eating our ball (and being super full) we got brought another couple meals, and we didn’t even get near to finishing them, but we had to taste them to able to write about them. 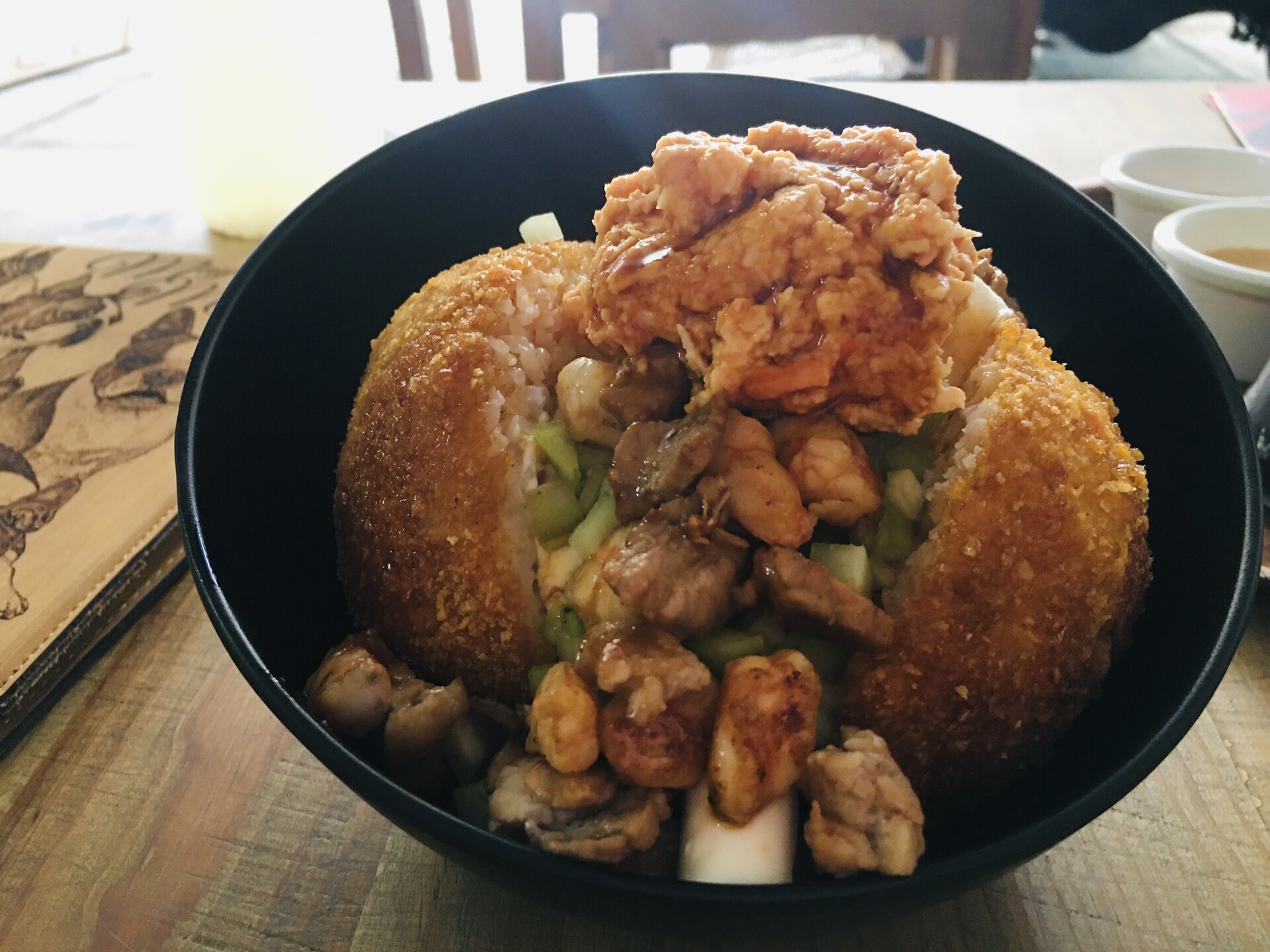 I got the 212 roll, which had 10 pieces, unlike a lot of places where you get 8, and they were quite thicker than usual. Everything here is so much food! My roll had shrimp, cream cheese, and cucumber, and on the outside it was breaded with crab salad and a piece of deep-fried shrimp. It also had a little drizzle of siracha and some black sesame seeds for a little nuttiness. The shrimp inside was quite soft, as well as the cream cheese, so the crunchy, fresh cucumber added a nice change in texture. And the breading added a whole different texture and falvor as well, along side the fried shrimp on top. Everything somehow went perfectly together, from the texture to the looks to the flavor, and to be honest it was kind of a perfect roll! And a big, filling, perfect roll at that! 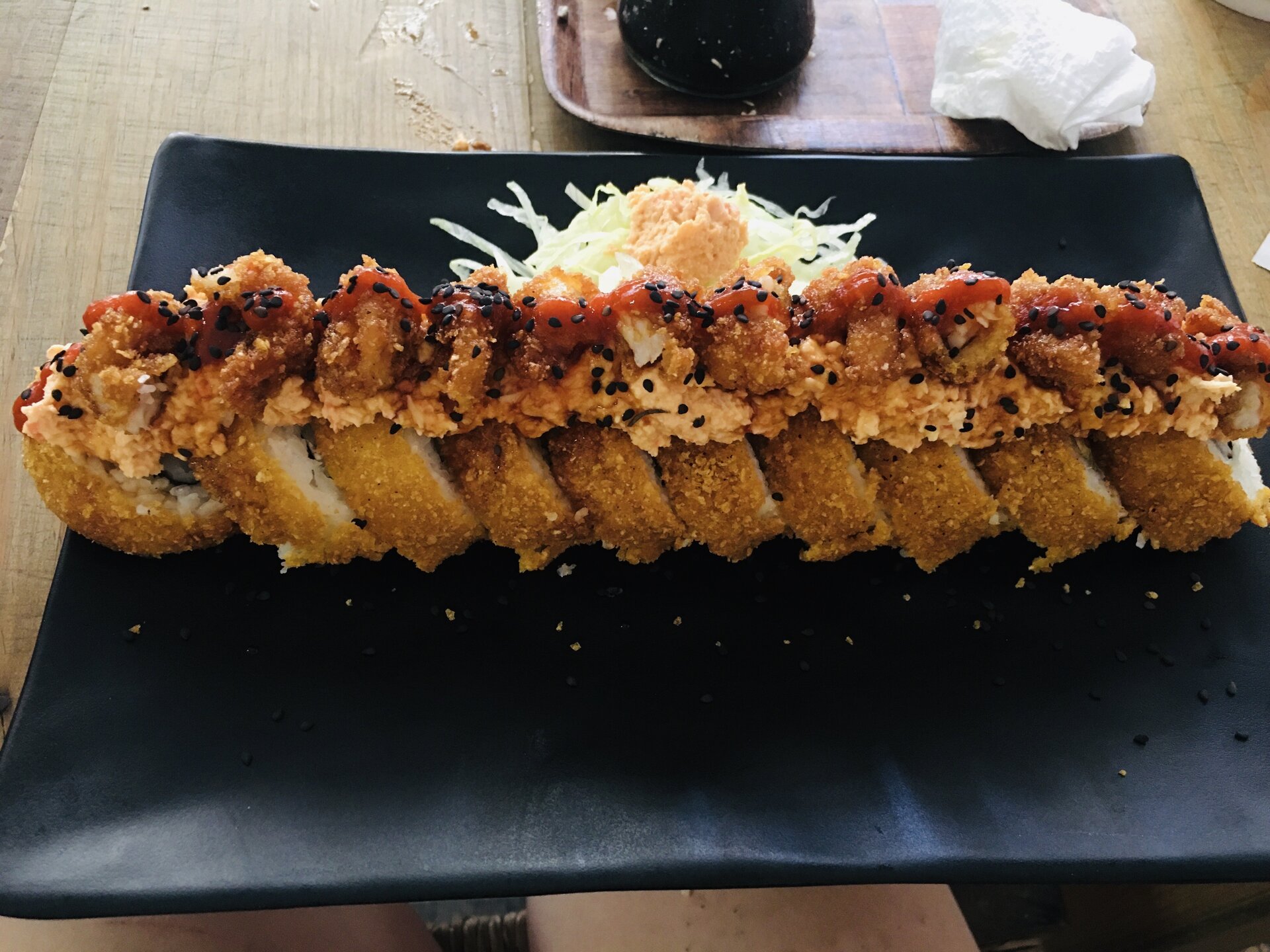 My dad got a mixed yakimeshi that had shrimp, beef, and the usual vegetables you find in fried rice. Except, the rice was super packed down, so it was probably double the amount of rice that it looked like. And, as my dad stuck the fork into the bowl and took a bite, he would fluff up the rice a little, and after eating everything he possibly could after already being kinda full, the bowl looked the exact same! And that isn’t exaggerated; it really did look the same, except it wasn’t as compact. Of course we brought it home with us, and the next day my dad had some of his, but the same thing happened! And the day after that, today he had his yakimeshi again, and finally after three days he’s finished it. But, now about the flavor of it. The meats were cooked separately from the rice, and you could tell because the rice itself didn’t have any meat flavor, so the flavor of your bite depended on what type of meat you picked up. Also, both the steak and shrimp were chopped up small enough that you could get both in the same bite and it wouldn’t be a big mouthful! 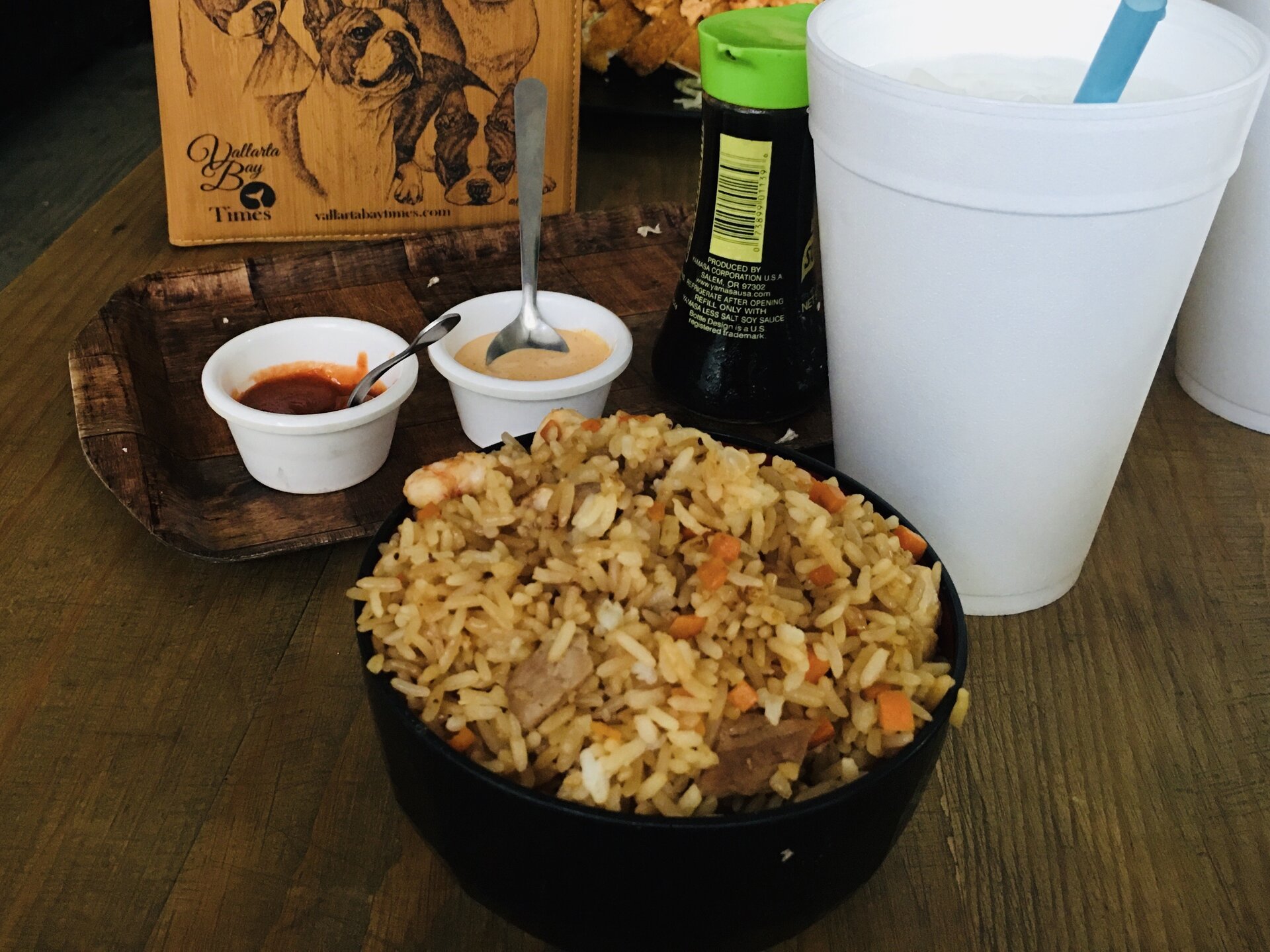 If you’ve ever been to pitillal walking, or even driving, you’ve most likely seen that tiny plaza with a old taxi, and that’s where this place is at! They have a quite small area, with only a couple tables, literally, but as we were sitting there eating 6 or 7 orders from either Rappi or Uber came in, so I think it’s safe to say that to-go orders are their main business. Either way, it’s sushi in Pitillal, and the only one too. The owner, Esteban, has worked with sushi for around 20 years, but he really wanted to open a sushi restaurant in Pitillal, and so he did, three years ago. His family also worked with sushi before he did, and all his recipes came from them, which are around 30 years old, so you know the food will be good. 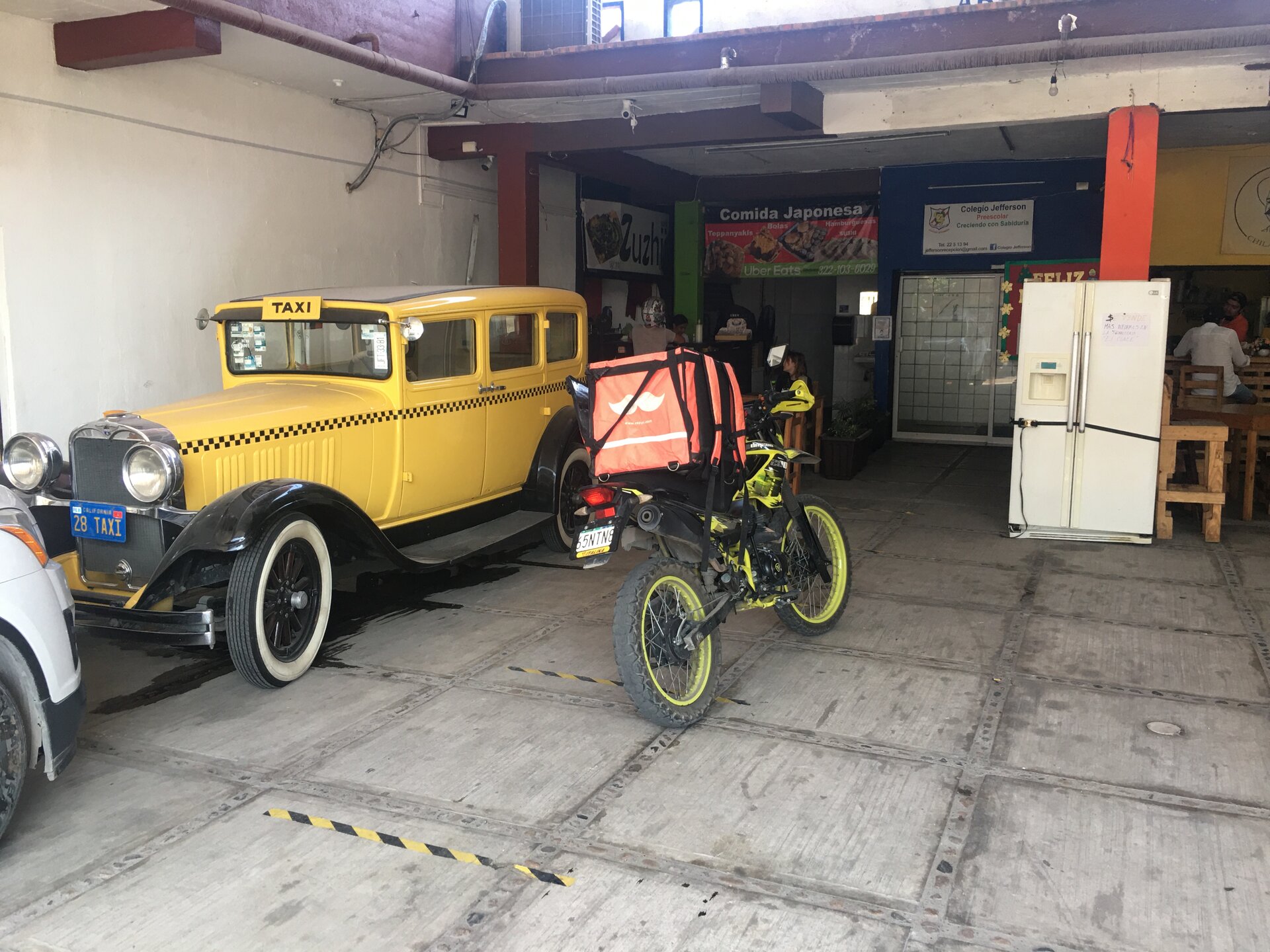