Yesterday I was invited to the soft opening for Let’s Pho, a new authentic Vietnamese restaurant. Now, I normally don’t write about restaurants in the El Centro area, simply because most tourists and ex-pats already know what’s there, and my dad hates trying to find parking. But, since I was invited, of course I had to come! Plus, the food looked really good and I was excited to try truly Vietnamese dishes that aren’t fusion. And, so was my dad! When he found out that they were going to have traditional pho, he said he would drive anywhere for it! 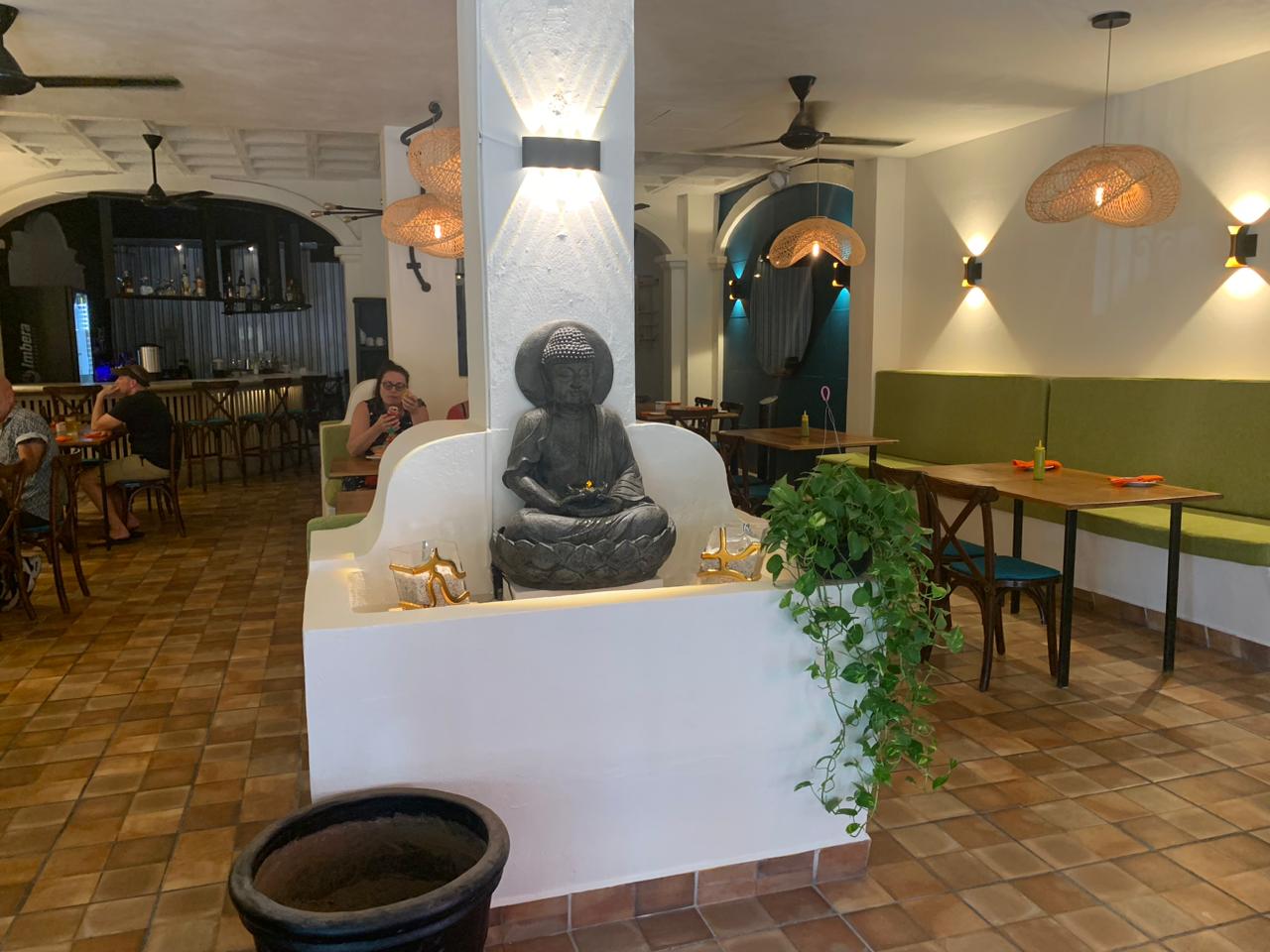 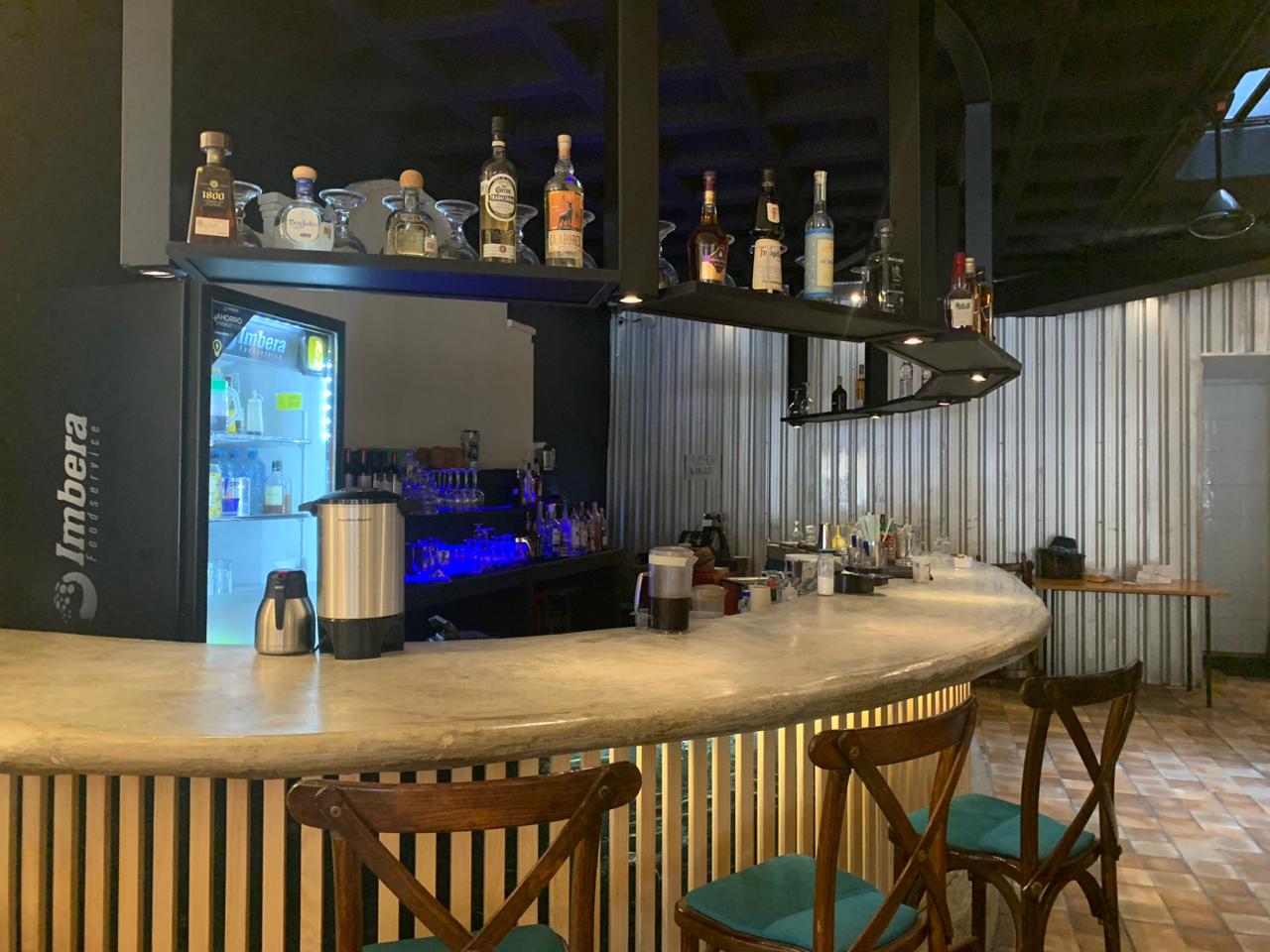 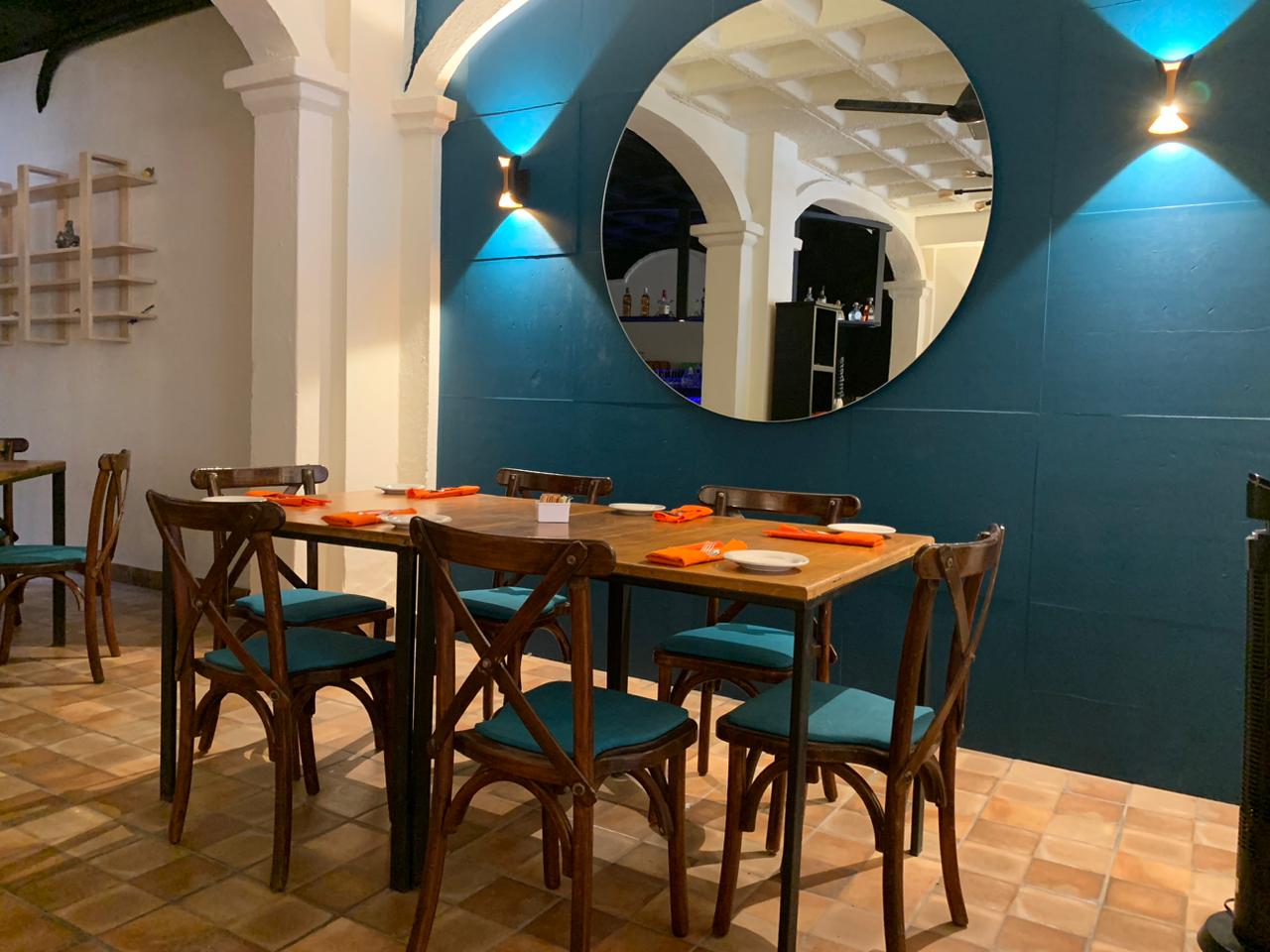 After looking through the menu again and again for many minutes, I couldn’t just choose one thing to get. So, even though I normally don’t get entrees, I decided to share the spring rolls with my dad.  Normally you would choose pork, chicken, or tofu, but we got one pork and one chicken. The filling was lightly seasoned, and it all kinda blended together, so it is quite hard to describe. Though, I personally think the chicken had a much more mild flavor and the pork was saltier and had more seasoning. My dad, on the other hand, says that they tasted pretty much the same to him. The rice paper that was used to wrap the spring rolls was extra sticky and chewy, so my dad was really surprised! He said it’s hard to find real rice paper that gets sticky like that here, so he even asked Charlie, the owner, where he got them. Turns out, he imports them from Vietnam. In fact, most of the products he uses come from Vietnam. This is because he wants to serve the most authentic food possible. He doesn't want his food to be a fusion like most other Asian restaurants here in PV. Anywho, the spring rolls were really good, but the peanut butter sauce that came with them made them great. It even had little chunks of peanuts on top, so when I added some sauce to the rolls it was an additional crunch that I loved! 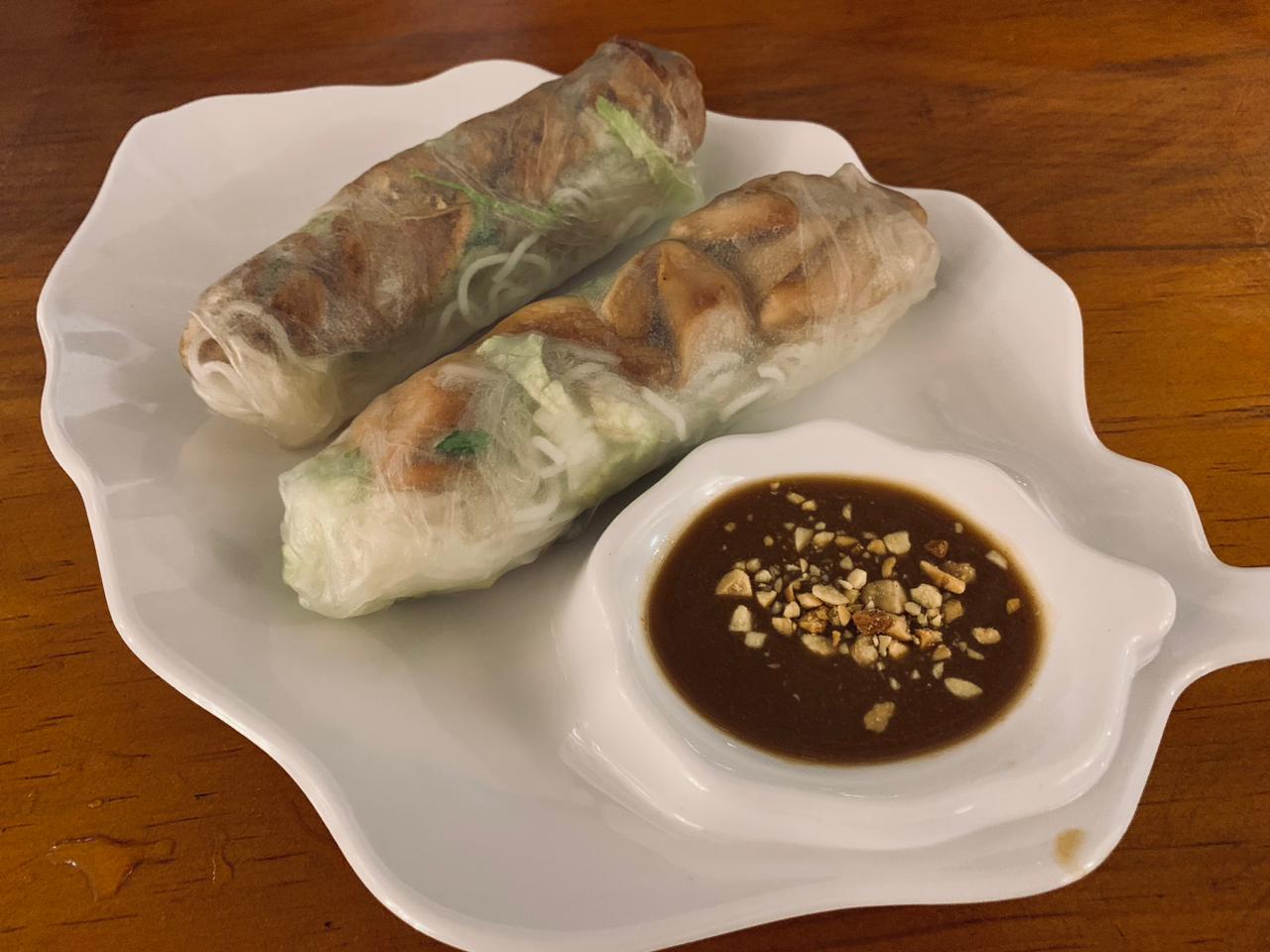 For my main meal I got Chili and Lemongrass, which was chicken cooked with chili and lemongrass, some steamed rice, and a little salad. What surprised me was that there were a lot of hidden ingredients and flavors, such as coconut and caramelized fish sauce! It was amazing how different all the flavors were yet how well they went together.  Honestly, this was probably one of the best dishes I’ve ever had, and I have had lots. I really, really enjoyed this dish, but I don’t have that much to say about it. It was just super good! 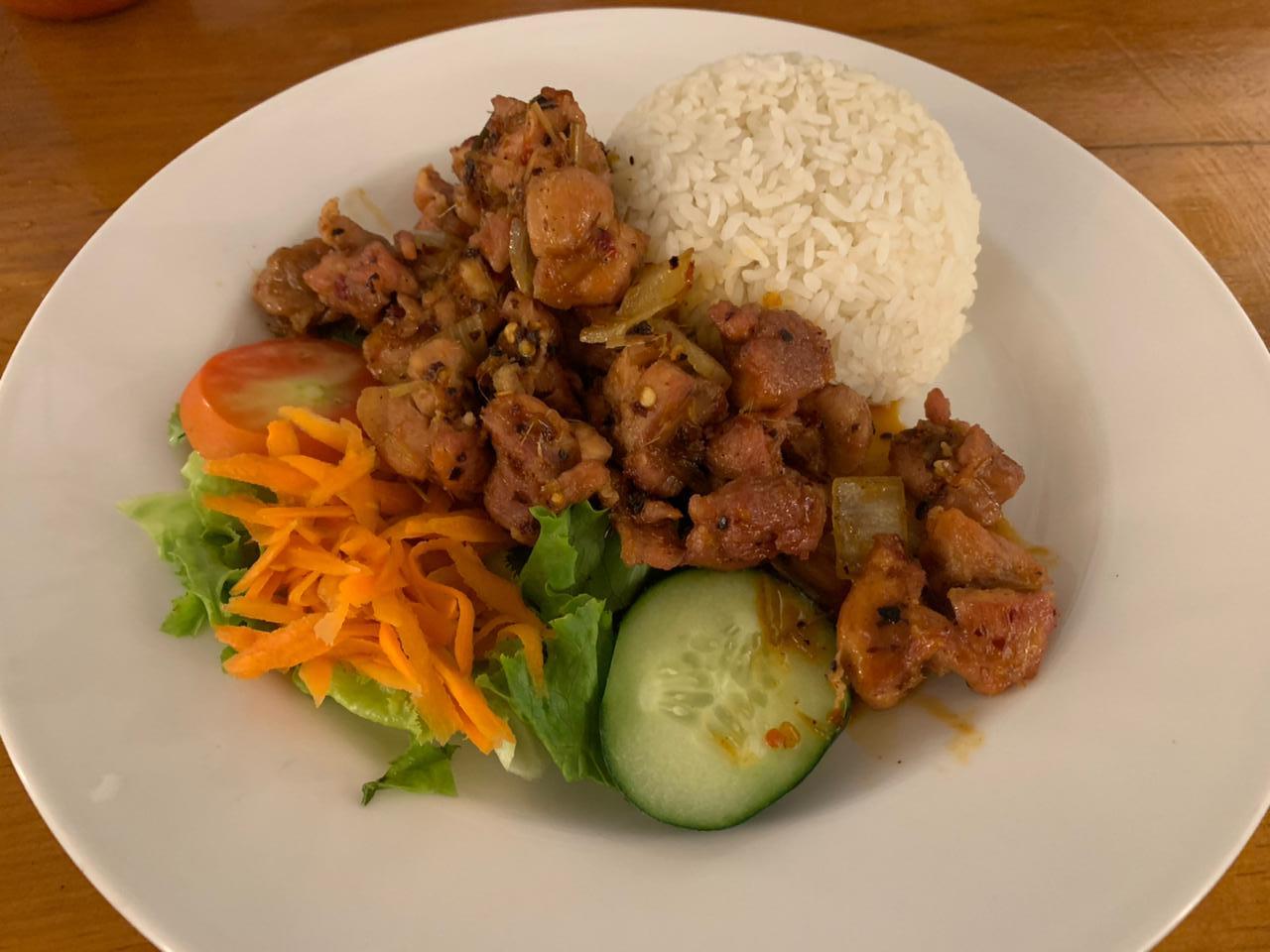 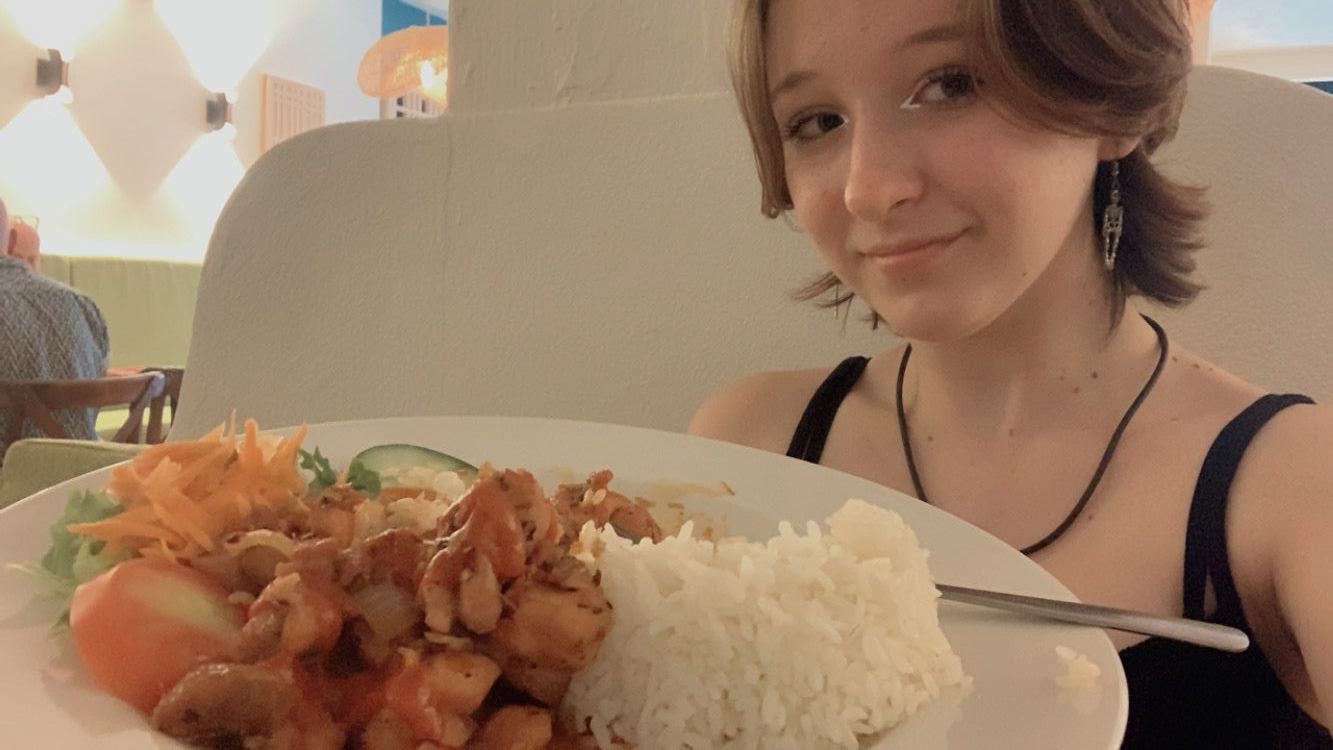 My dad got a small Pho, which is noodle soup with bone marrow broth, meat, and vegetables. Fun fact; the broth takes almost 20 hours to cook! If a meal takes that much dedication and time to make, you know it’s going to be delicious. And it was! It was perfectly seasoned and so full of beefy flavor. The noodles were perfectly cooked, and the beef was as well! Also, all the vegetables came on a separate plate, so they were fresh, and you could choose to put in as much as you want. My dad actually used all of the vegetables, and there were a lot! He was the only person in the restaurant to use all of them!! 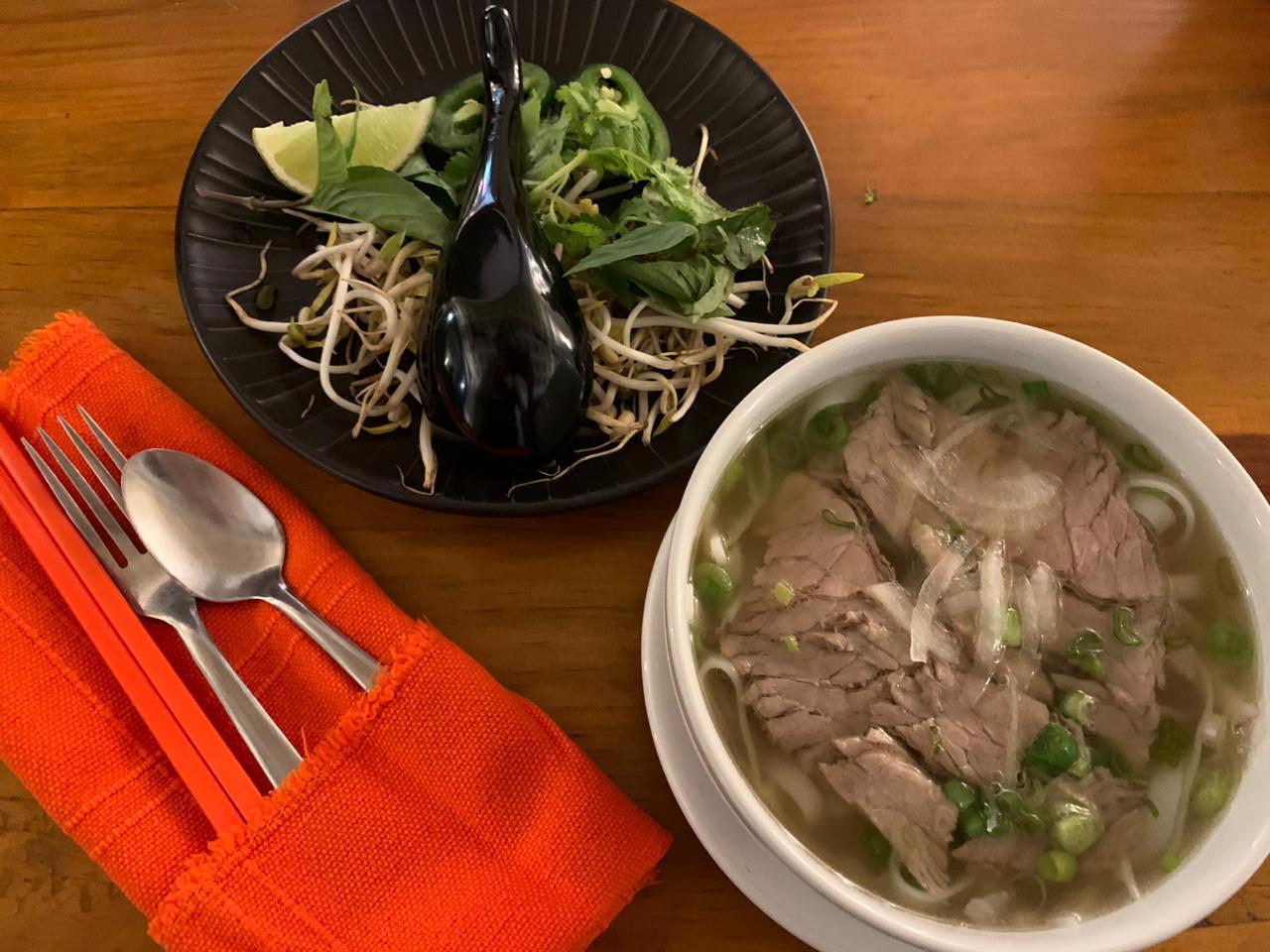 When I was at the restaurant Charlie was super busy in the kitchen, though anytime he got the chance he would come out and talk to everyone at every table and make sure they were enjoying the food and service. But, I didn’t get a chance to properly talk to him and I ended up sending him some questions through Messenger. His answer was super well written and so authentic that it would be a shame to paraphrase what he has said and take out the feelings and emotions behind it. So, I’m going to let him tell you about himself, his life, and how he got into the restaurant business. “I was born in Saigon, Vietnam. Moved to Houston, Texas USA when I was 13 alone, my family joined me later in about 5 years. I went to San Jacinto Central Campus, I was studying Business Administration, but sadly I didn’t finish college, I dropped out after the second year. I own multiple restaurants in Pearland and Alvin Areas (Houston neighboring areas). It has been a challenging path for me yet also very rewarding. I started out as a waiter. I started working when I was very young, I always wanted to be independent. It makes me feel accomplished when I can spoil myself with the money I make on my own. When the owners I worked for at the time wanted to retire, I saw an opportunity and made an offer. At first I didn't understand the industry much, needless to say I have made many mistakes I wish I didn’t, but that's how I learned and grew. The first restaurant pretty much consumed my social life; I was only 24 at that time. I had to come up with a system to where the kitchen could run smoothly without me. Over time I could balance my work and social life, it helped keeping me sane and I became more productive, and when things started to fall into places, the next thing I knew I'm on my third location in Houston Realizing how blessed am compared to many members of the LGBTQI+ community in Houston,  so I decided to share my blessing by donating time and money. I try to help in any way I can, big or small. I simply think that, as a LGBTQI+ identified person, I grew up facing discrimination, and prejudice. In Elementary school I had classmates who called me F*****, mocked me. I didn't get invited to parties or get-together, because it was a different time then in a 3rd world country of Vietnam (People thought homosexuality was a disease and that it was contagious). I always felt out of place, I was convinced that something was wrong with me for liking people of same sex. I had the opportunity to move to the States when I was only 13 alone without family. This beautiful land of opportunity opened up my eyes; I realized I was a perfect little boy, with so much potential. I turned all my childhood anger and shame into passion to prove to those who belittled me that I'm better than all of them. I believe many young kids out there are now experiencing the same thing I did, some could fight to break out their cocoon into a butterfly, and some still hide themselves throughout adulthood. Being gay isn't difficult as some may say, being a professional athlete is difficult, because you have to practice your skills. Being gay is just who we are, it's our identity, we don't wake up one day and decide certain body part is more desirable than others. What is difficult is making the world see beyond the person we are holding hands with in public, the colorful short shorts we wear to see our true inner value and talent. I want for people who are scared to be themselves to have a support system like the Montrose Center, where they can turn to when their family is not there for them. LGBTQI youth growing up seeing nothing wrong in themselves, nothing but a whole future ahead full of opportunities and support. Don't shed your tears for anyone, because those who are worth it wouldn’t make you cry. If I had to be honest, I got into restaurant industry because I didn’t have a degree. As a college dropout, I had to create my own opportunity. I had to do something with my life. So when the opportunity of owning my own restaurant presented itself I took it. Over time it became my passion. Food is also culture, I'm a proud Vietnamese who embraces his root, and loves to show it off to those who don't know. It is part of my identity, I want to show the world that our cuisine is as addicting, and tasteful just as our people.”

Let's Pho Email: This email address is being protected from spambots. You need JavaScript enabled to view it.