A Trip to California at Mood Cafe 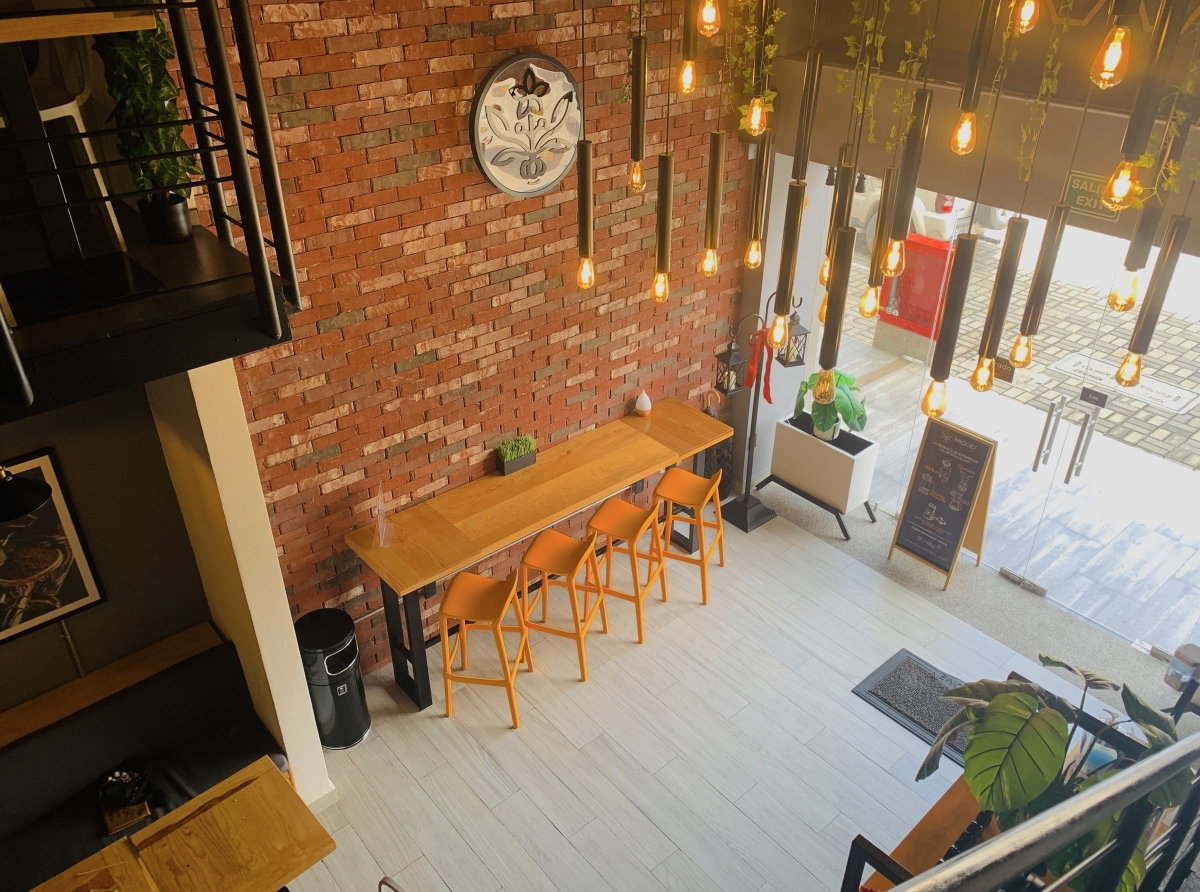 Today we went to mood cafe, which has very Californian flavors.

A couple of days ago I made some avocado toast, which was simple and yummy, but according to my dad avocado toast is “California food,” and it got him thinking about other California foods. So, today when I found Mood Cafe, which looked good and was not too pricey, and showed it to my dad, he really wanted to go! My dad normally doesn’t like cafe food, but I got him hooked on this place because of one of their salads, which he was super excited to try. The place is located in the Parota Center on Avenida Francisco Villa 1010, which is coincidentally the same place I went to the last time I wrote about a restaurant. 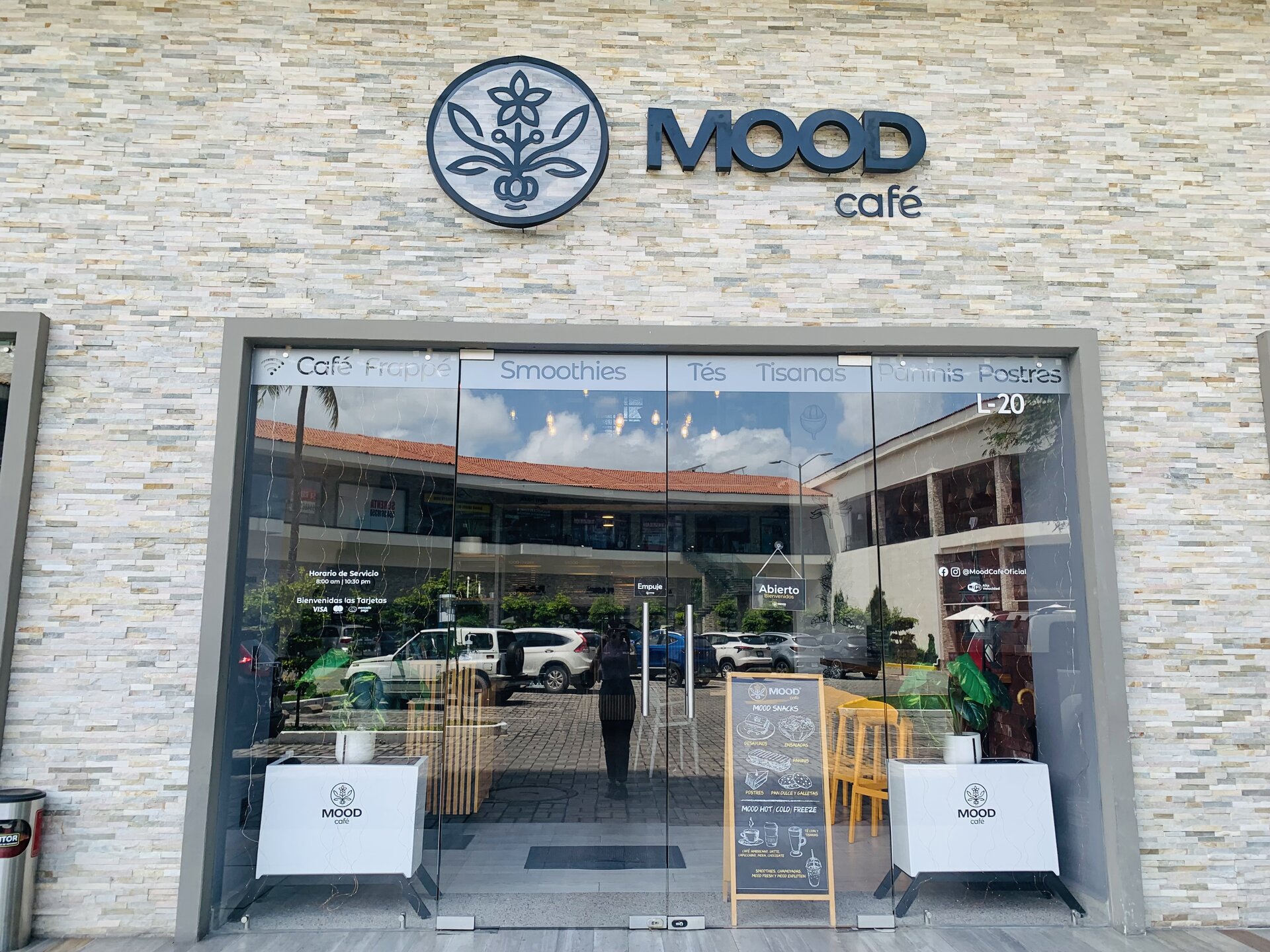 Mood Cafe was actually originally going to be a printing business with a small drink menu, but after thinking about it the owners Antonio and his wife, Ana María, realized that just creating a cafe would be a better business and bring in more profit. So, they started renting the current place they’re in and the one next door, which at the time weren’t separated, and opened up their cafe! That is, until the pandemic hit and they had to downsize. But, Antonio says that it’s actually better this way, and there’s more than enough room. And I totally agree! So, now they happily work there with their son who’s 16, Sebastian, and their daughter who’s 14, María José. Though, they’re not there full-time, since Antonio also works in the hotel industry, and Ana María is a business consultant. Fun fact, by the way, Ana María decorated the whole cafe and even chose the little details such as the nick-nacks on the shelves and counter. She also picked the meals that are on the menu, and even though it wasn’t purposeful, the dishes are all very close to California style. This most likely happened because Ana María has family in California and visits them very frequently, so she enjoys these flavors and styles. 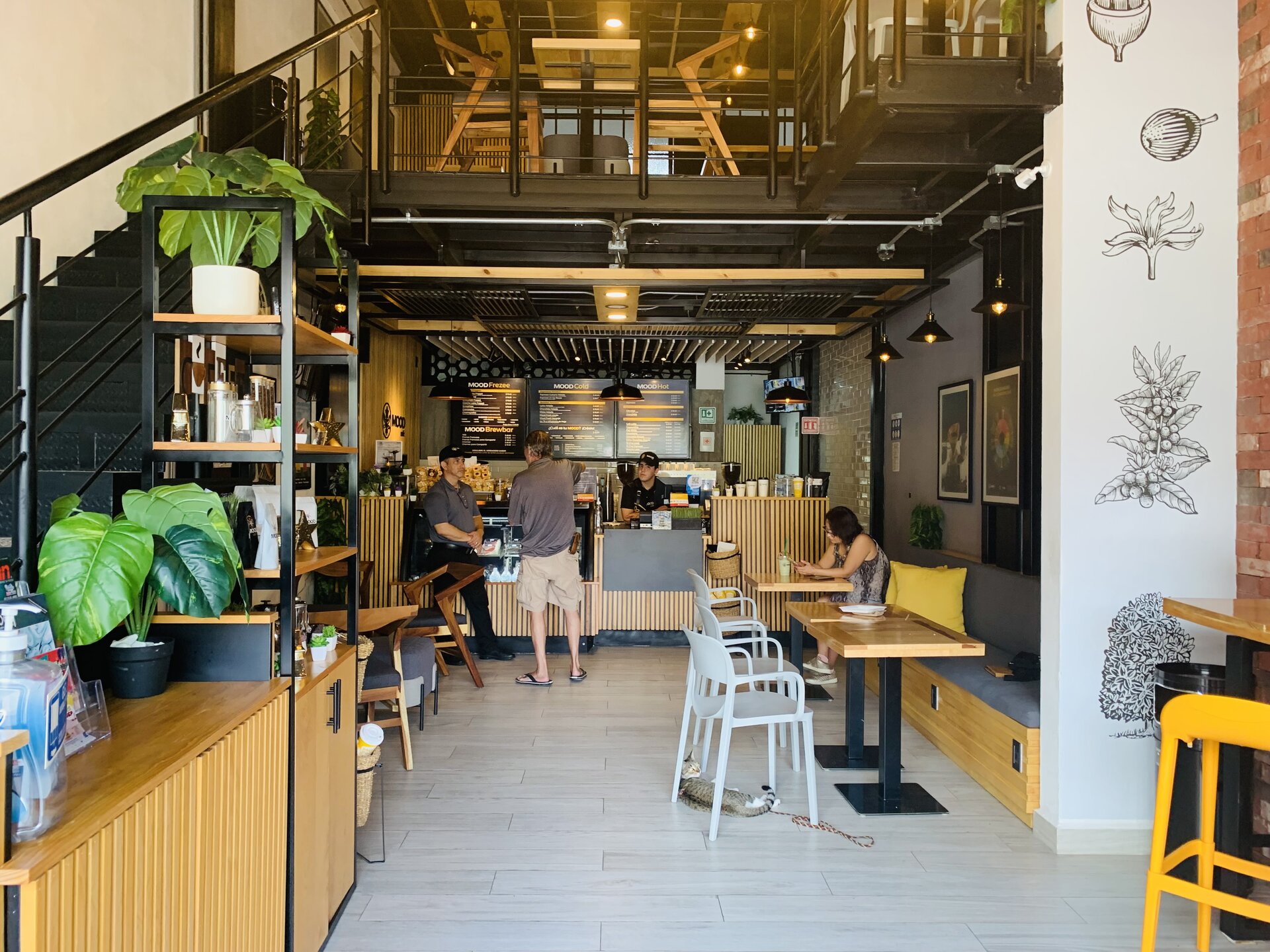 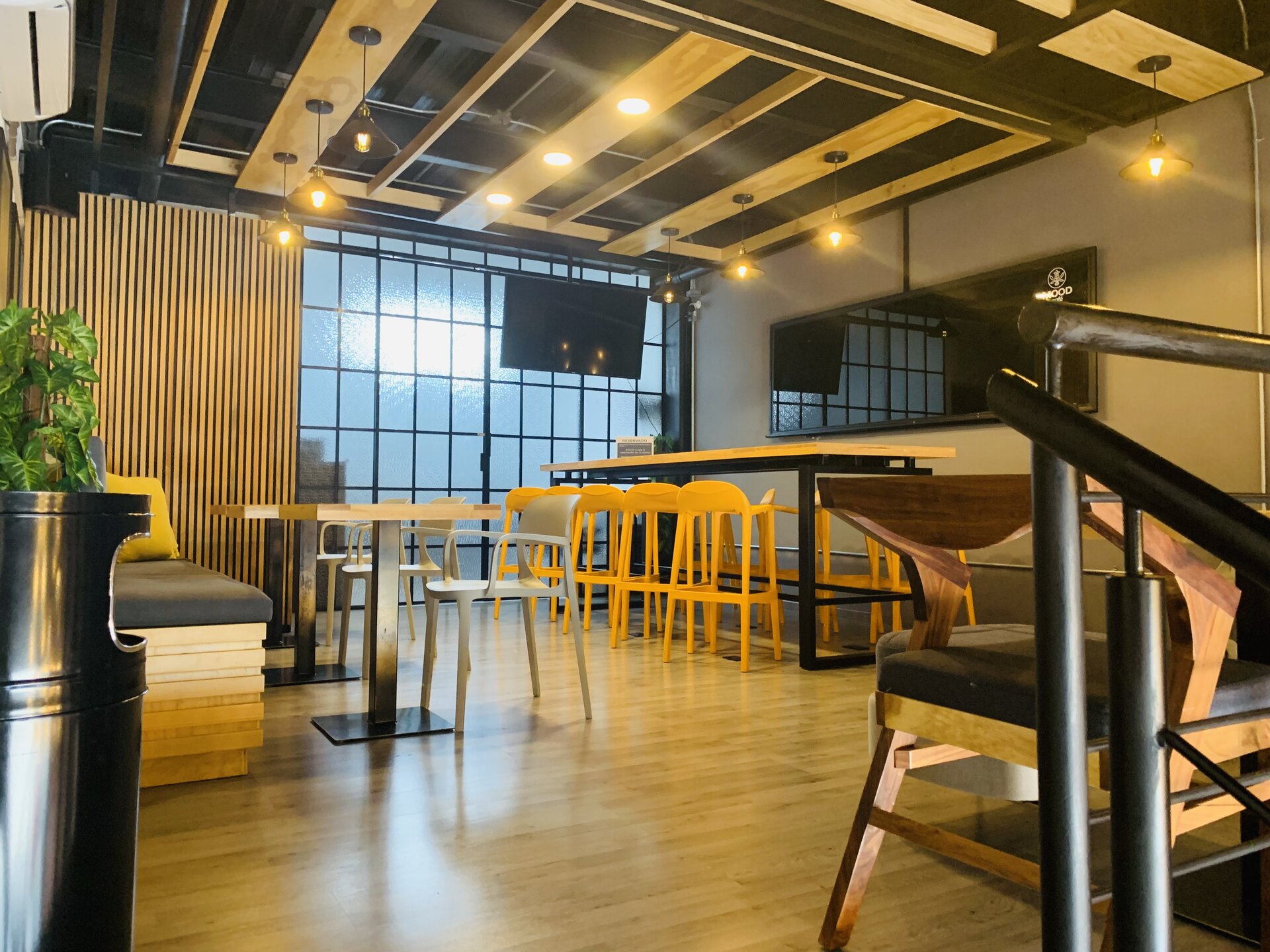 Speaking about flavor, the food was super flavorful and delicious! The salad that my dad wanted to get was the Del Bosque salad, but he also wanted to try a panini, so we decided to share a Pollo Pesto panini and the salad. The salad had baby spinach, cranberries, caramelized walnuts, and feta cheese. It also came with two dressings; a honey mustard sauce or a fruity vinaigrette, and they were both really good, but I personally liked the honey mustard better. It wasn’t too bitter like plain mustard is, but it also wasn’t as sweet as candy like a ton of honey mustard sauces are. And it went super well with the salad. The salad itself was a little bitter and a little sweet, but also had some saltiness to it from the cheese, so the creamy honey mustard was great with it! Honestly, this was a perfect salad and dressing combination! Both me and my dad loved it!!

The panini had grilled pesto chicken, baby lettuce mix, fresh tomato, and Gouda cheese. The chicken was perfectly cooked and juicy, and the pesto on it was really flavorful without being too strong or overpowering. It was actually balanced really well, and you could taste both the chicken and the sauce. To be honest, just the pesto chicken without anything else would’ve been a great sandwich. So, you can probably imagine how great it was with gooey cheese, some crisp lettuce mix, and juicy tomato slices. It was amazing! Also, the bread they use is locally made and artesanal, so it also was yummy, and the way that it was toasted to perfection brought the sandwich to a whole other level. 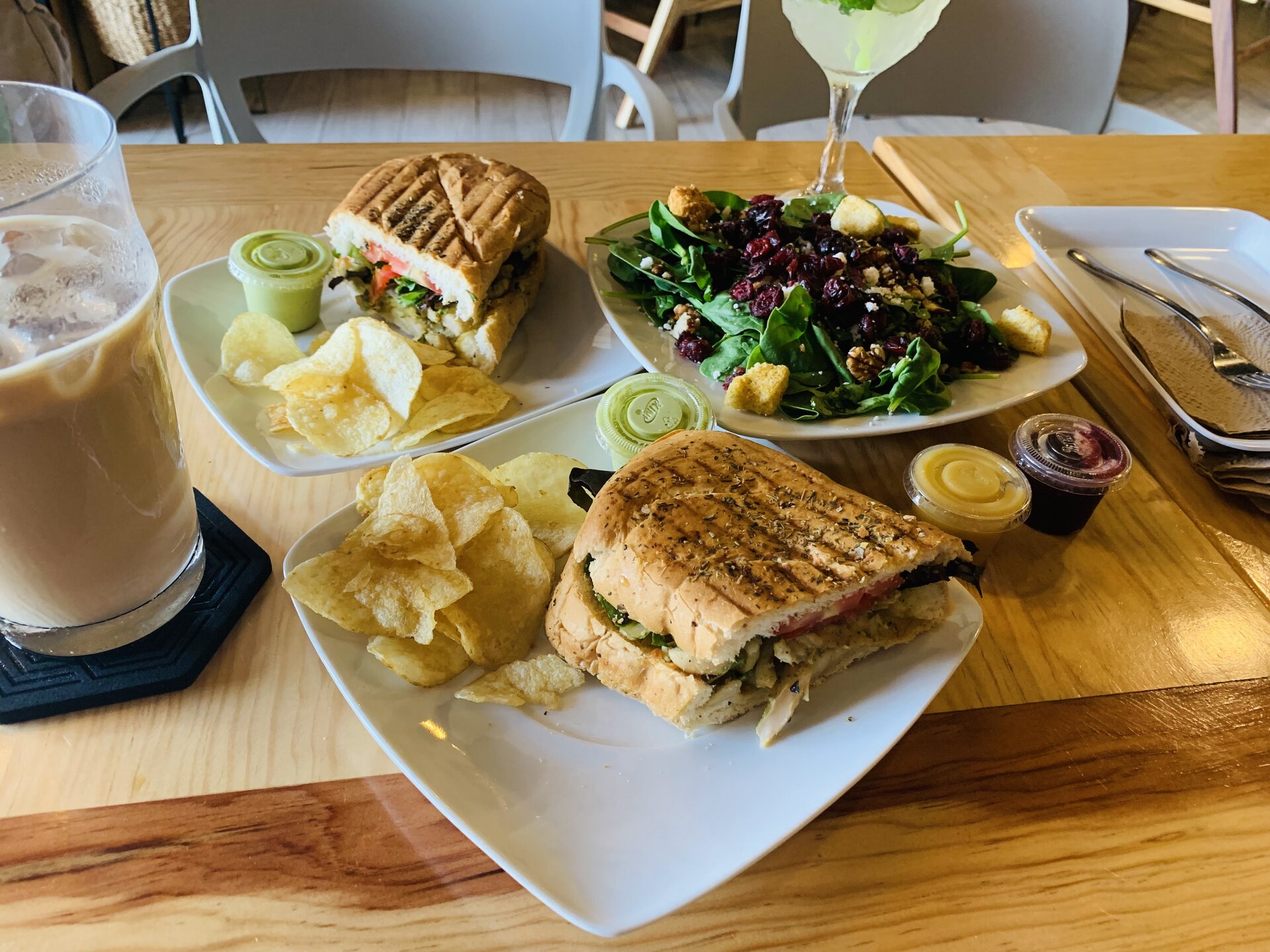 Though, that’s pretty much all they have for food; a few paninis, a couple salads, and some breakfast meals. They mainly focus on drinks, and more specifically coffee and tea. They have multiple different ways they brew their tea and coffee, and a ton of different drinks. They even have a lot of different flavors that they can infuse with plain black tea including some that are fruity and some that are herb-y. And, one more thing, they have a lot of different types of milks, so vegan people, lactose-intolerant people, or even just people who prefer to use light milk can still enjoy their beverages.