The Taste of Taiwan in Versalles

Today we went to a Taiwanese kitchen and got baos.

In the last article I wrote about Urban Dogs I had mentioned that I tried to go to Budaixi, but they wouldn’t let Michi in. I also said that I wanted to go back one day, without Michi. And, today’s the day we decided to go back! Budaixi is a Taiwanese restaurant, and is located on Hamburgo 155 in Versalles. Which, if you don’t know, is a super convenient location! It’s really close to a bunch of hotels as well as Boulevard Francisco Medina Ascencio, also know as Highway 200 or “the main road.”

Like I said, Budaixi is a Taiwanese restaurant, but you may be wondering, “how authentic is the food?” Well, it’s super authentic!! The owner himself, Will Chung, is actually Taiwanese, and he even has his mom and dad helping him in the kitchen! Will’s dad, Mr. Chung, actually started cooking at 15 years old in Taiwan, and his mother, Mrs. Chung, also started at a young age! And, when they had Will they taught him to cook, too!! And ever since he’s loved to cook and has a passion for it. So, yes, the freshly made and delicious food is completely authentic! Or at least he tries his best for it to be, though there are a few ingredients and spices that he can’t get here in Mexico unless he wants to spend a fortune buying them. Either way, though, the food’s great! 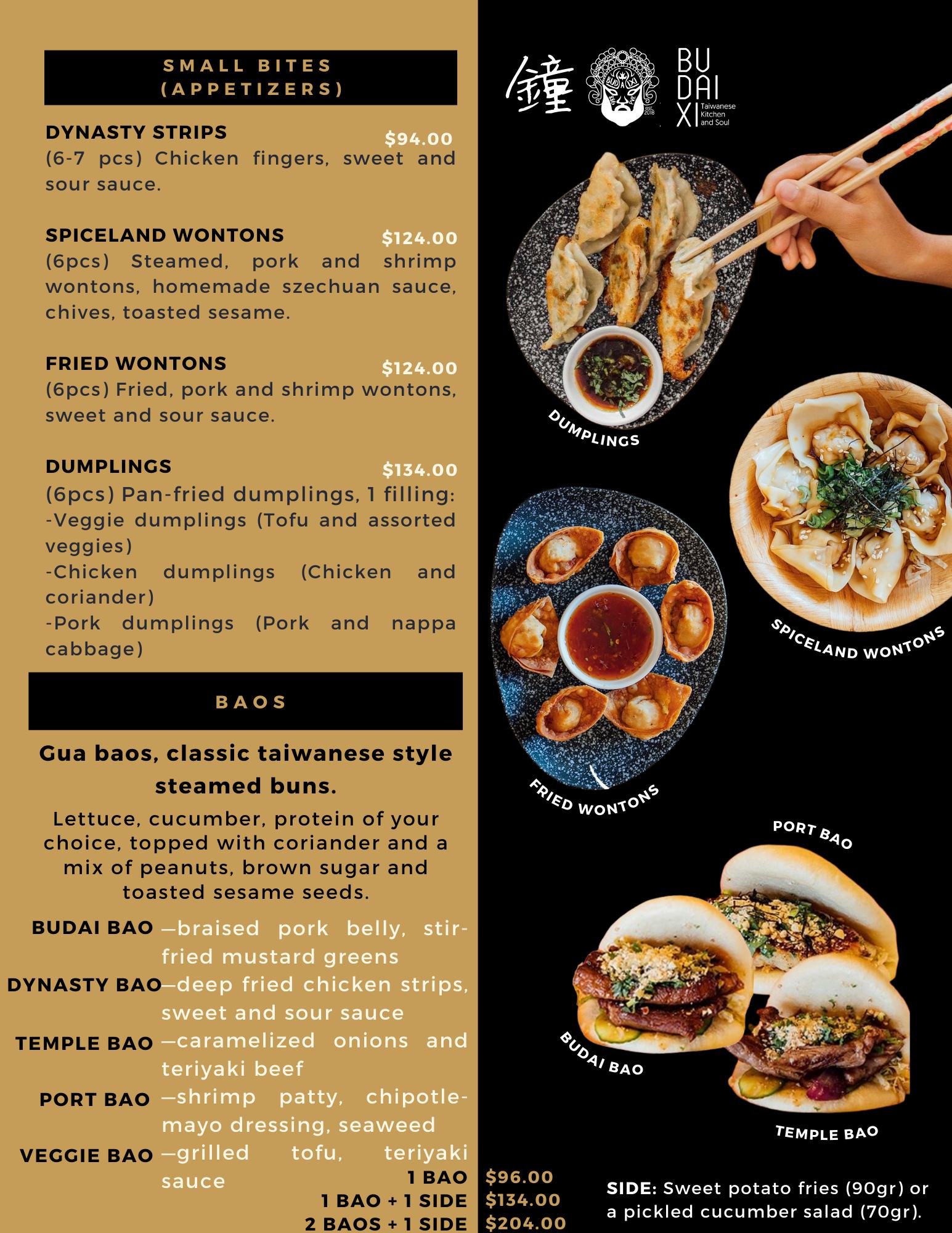 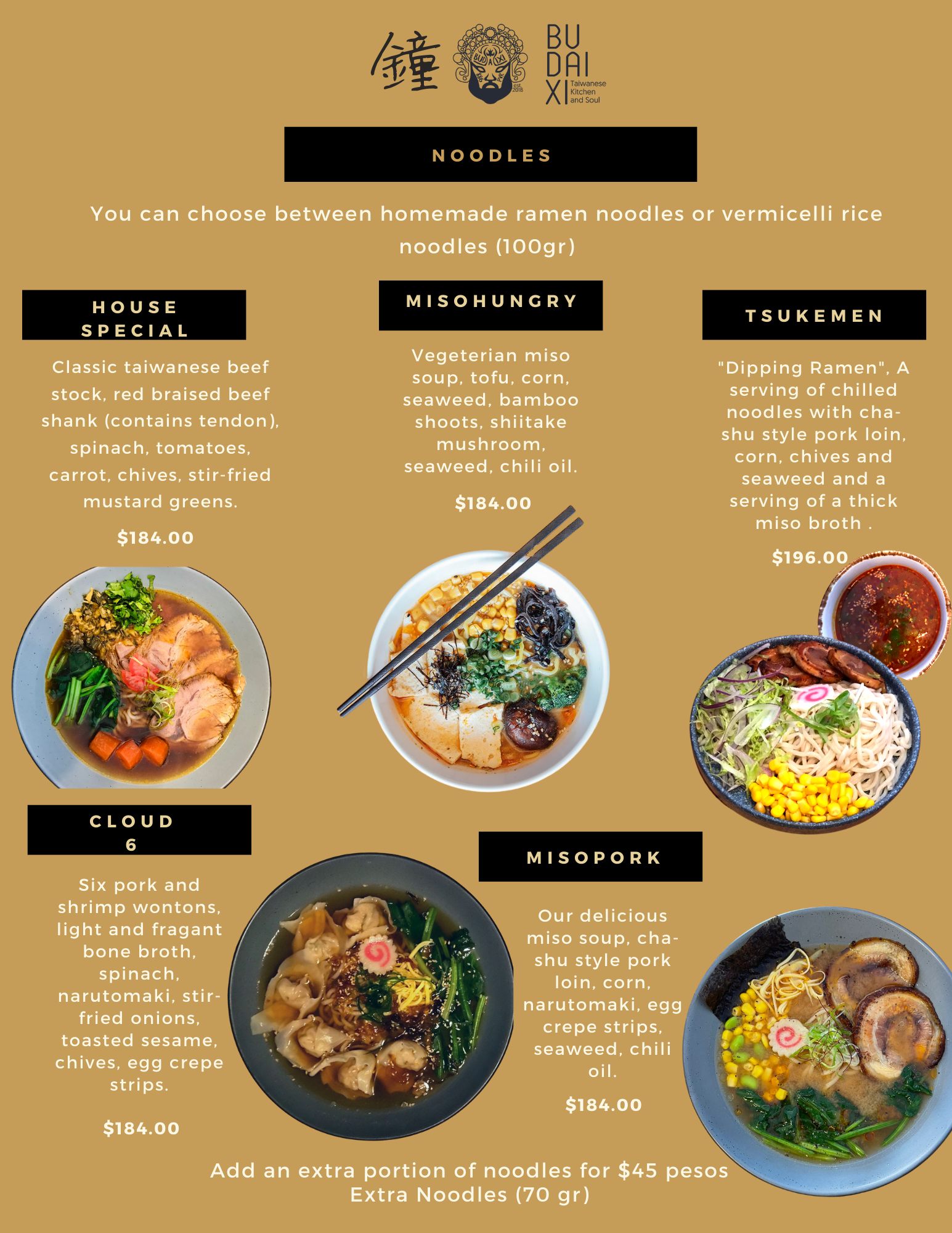 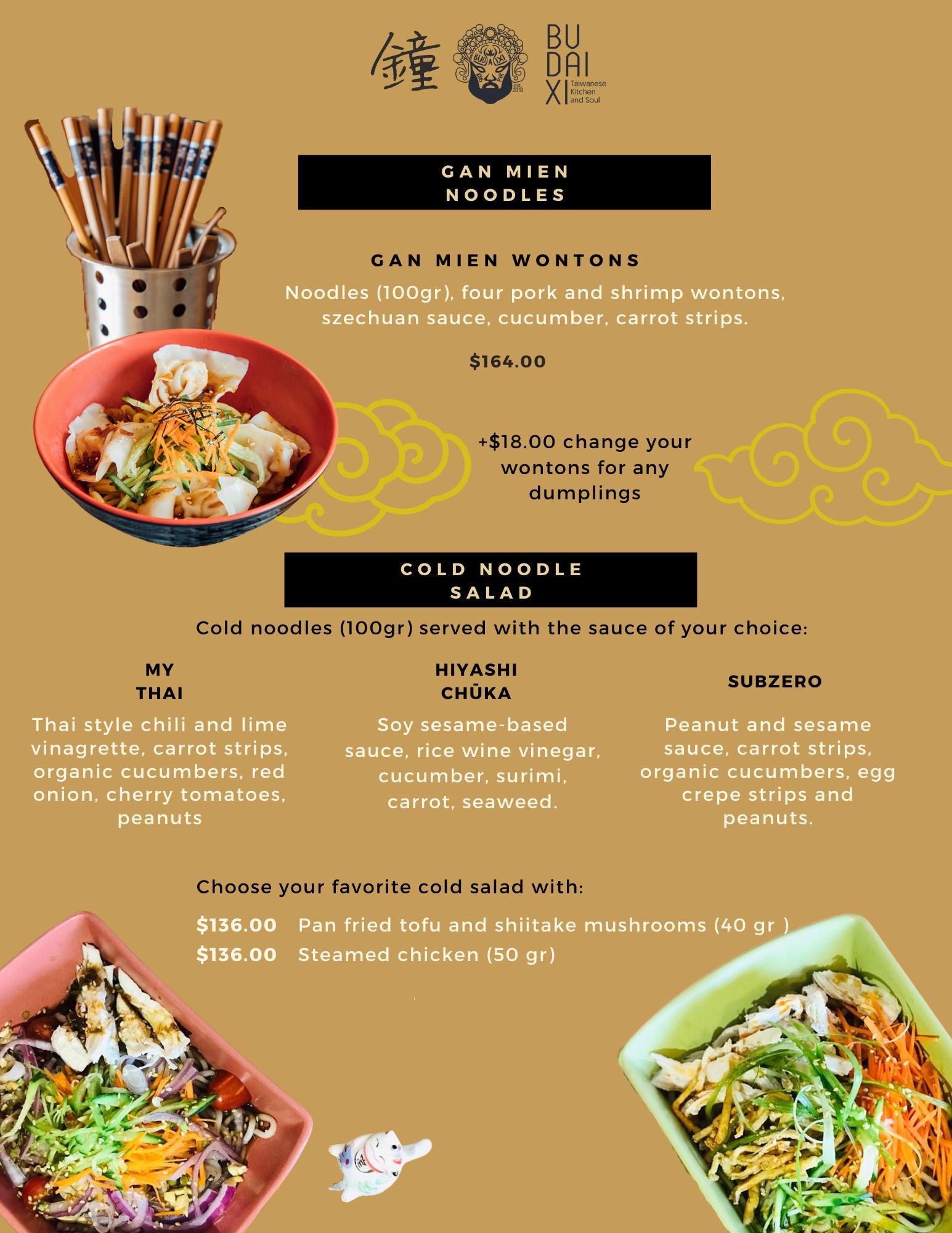 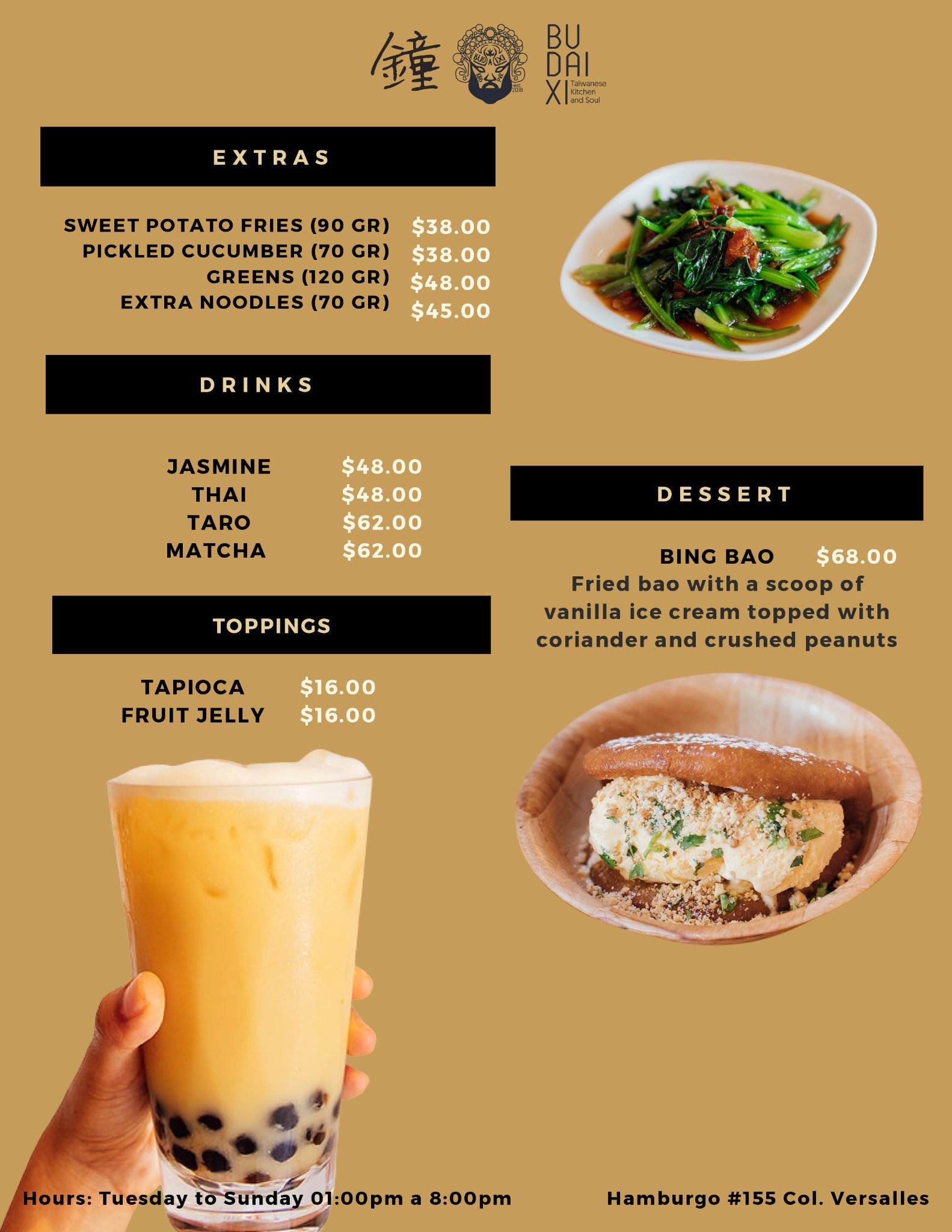 I got a Budai Bao, which had pork belly and mustard greens, and it was delicious! I’ve only had bao’s a couple other times, but this one was definitely the best one I’ve had! The bun was super fluffy and light, and also a little bit sweet! It kind of reminded me of a fluffy pancake, but somehow it went great with the salty pork and other ingredients. The pork itself was super soft as well, and almost melted in my mouth. It was very fatty, but fat equals flavor! And it had alotttttttt of flavor!! There was also some other things apart from the greens in it, but the flavors kinda blended together into this sweet-ish and salty-ish delicious bao, so I couldn’t tell what all was in it. All I know is that it was amazing! Though, I do have to say that the portions are a little small, and Budaixi isn’t the type of place to fill you up with 100 pesos, and instead to fill you up with a couple hundred pesos. But, the food is definitely worth it!! 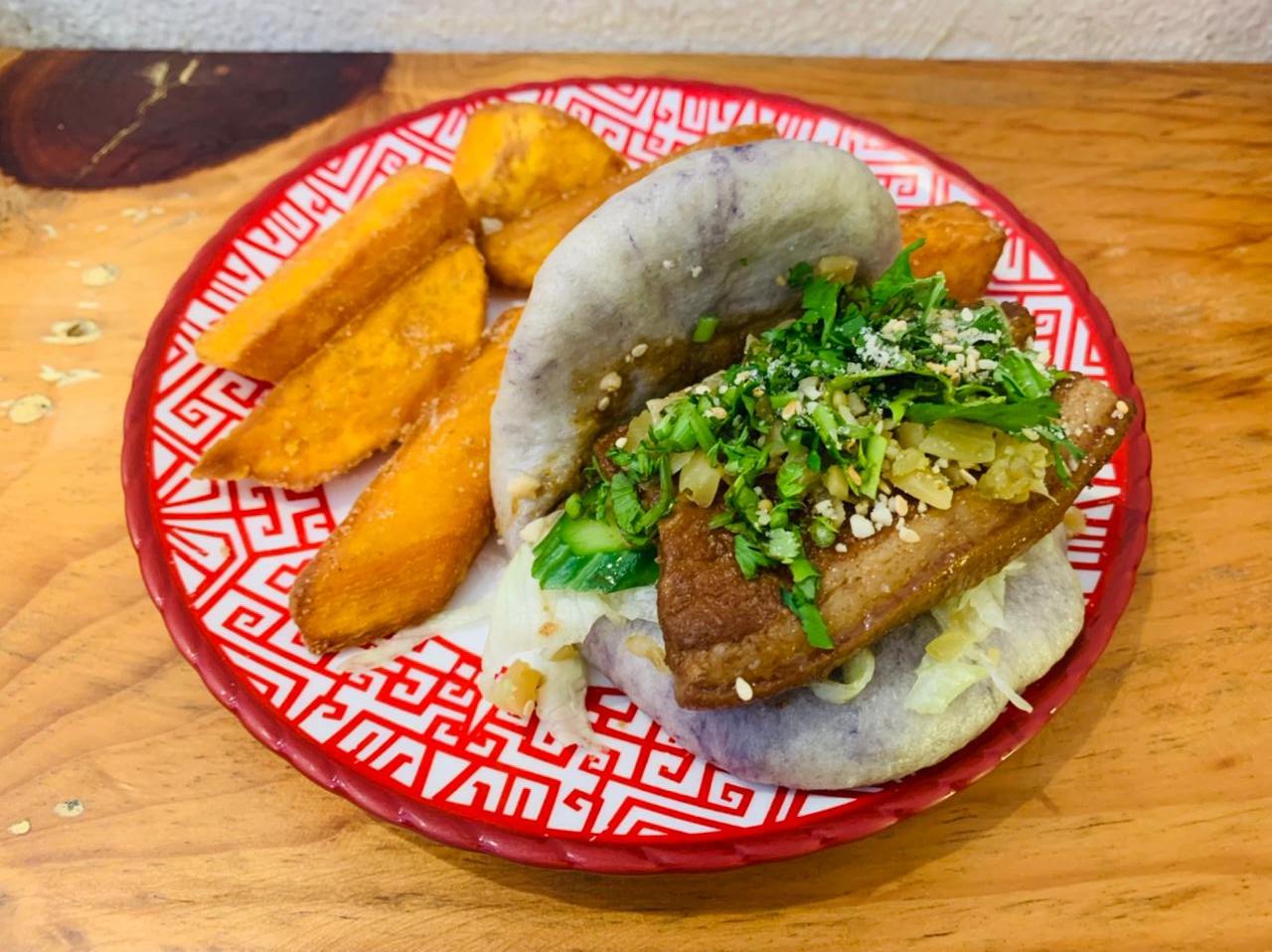 My dad got a Temple Bao, which had teriyaki beef and caramelized onions, yet it was surprisingly similar in flavor to mine. First of all, the bun was, of course, the same as mine, and my dad loved it just as much as me, if not more. In his words, it was “indescribable.” And, my dad’s never been to Taiwan, so he can’t know for sure, but he thought that the bao was really authentic, while still bringing in a bit of similarity with the caramelized onions. It was sweet, salty, and since he added fermented soybean paste there was some spiciness to it as well. Fermented soybean paste is very similar in flavor to siracha, but super salty. My mom said it was kinda salty like an anchovy, and then my dad butted in and said that like an anchovy plain it may not be very enjoyable, but mixed in with other stuff you just get the salty (and in the case of the paste) spicy flavor. Overall, he says the same thing as me about my bao; it’s absolutely delicious! 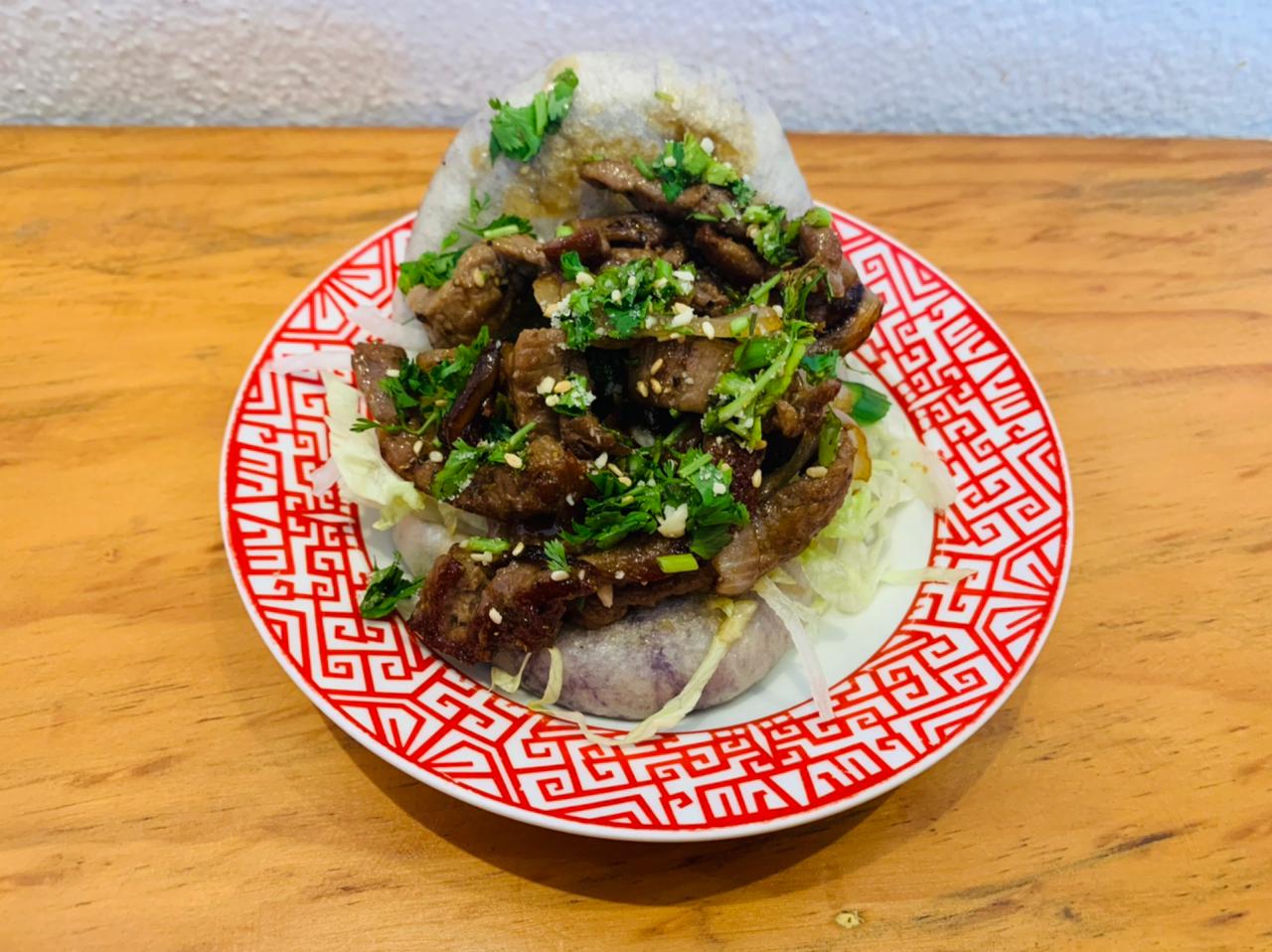 My mom got the Pork Dumplings, and again, the portion was small (especially since they are considered appetizers) but quite good! I’ve had some dumplings where the bottom is so “crispy” that you can’t even cut through them with a fork or a knife, which isn’t nice at all. But these were slightly chewy while still being soft and they had a tiny bit of crispiness to them on the bottom, so basically the texture was perfect! And in my mom’s words, “they tasted exactly like what a pork dumpling would normally taste like,” meaning they weren’t necessarily unique, but still flavorful and yummy.  And she very much enjoyed them!! 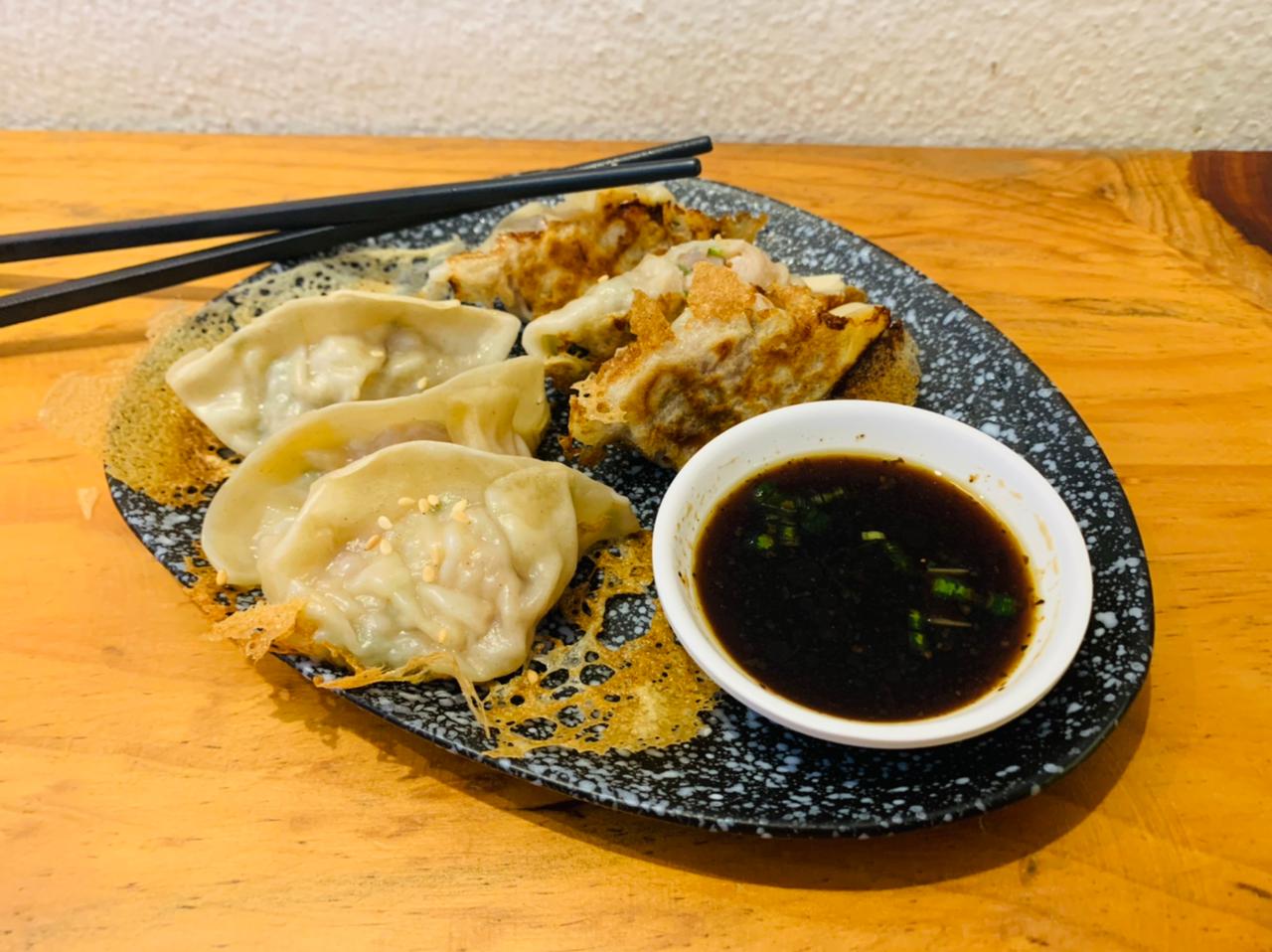