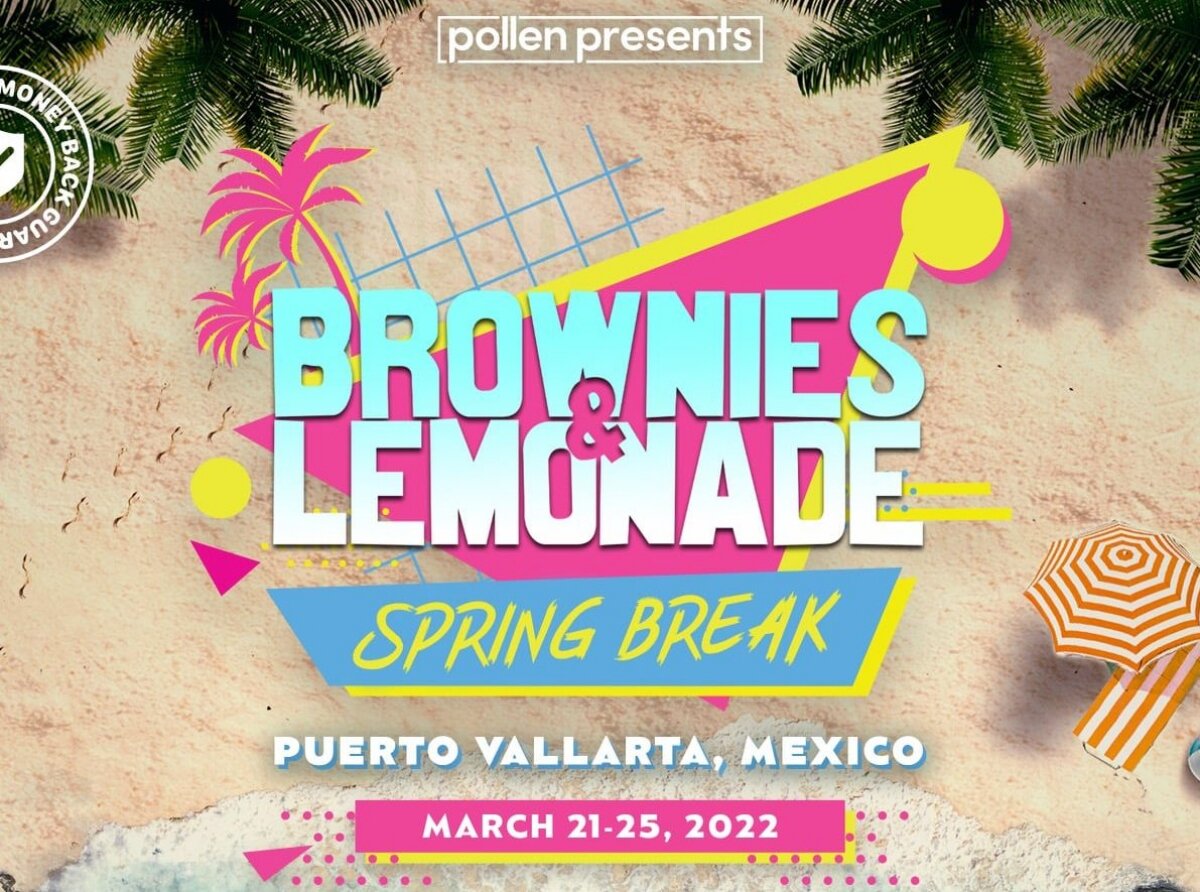 Leading technology company Pollen Presents has announced that they are teaming up with renowned Los Angeles party crew Brownies & Lemonade for their first-ever Spring Break experience next year.

Taking place in beautiful Puerto Vallarta, Mexico from March 21-25, 2022 the unique destination getaway will combine some of the top names in electronic music with a packed agenda of thrilling activities.

Those in attendance can look forward to an itinerary that will include pool parties, after hours, sets by the beach, B&L FIT morning yoga, surprise guests, spring break activities and contests, and the chance to explore Puerto Vallarta. All food and drink will also be included at the hotels for attendees. The entire experience is influenced by iconic Spring Breaks from the 90s and early 2000s featuring guest hosts, interviews, games, contests, and more. Acclaimed Internet personality and comedian Blake Webber was also recently announced as the host of B&L Spring Break.

Beyond the announced music lineup, the experience will also feature special guests and surprises. This has become a standard for Brownies & Lemonade since the beginning, and their first-ever spring break parties are truly not to be missed. Attendees can also expect to hear a non-stop supply of cutting-edge dance, electronic, and hip-hop tunes mixed throughout.

Since getting their start in the Los Angeles party scene, Brownies & Lemonade has continued to expand while hosting showcases and stages at Coachella, EDC, Ultra, Lollapalooza, HARD Summer, and SXSW, along with co-produced tours in Australia and Japan. After the success of their Lake Havasu experience with Pollen earlier in 2021, they are now ready to continue their global takeover while bringing that Brownies & Lemonade energy to Mexico.

The official headquarters for the experience will be Meliá Puerto Vallarta, while also featuring additional hotel options for guests to choose from along with local nightclub takeovers.