Jalisco Gets into 11 Boxing Finals at the Conade Nationals 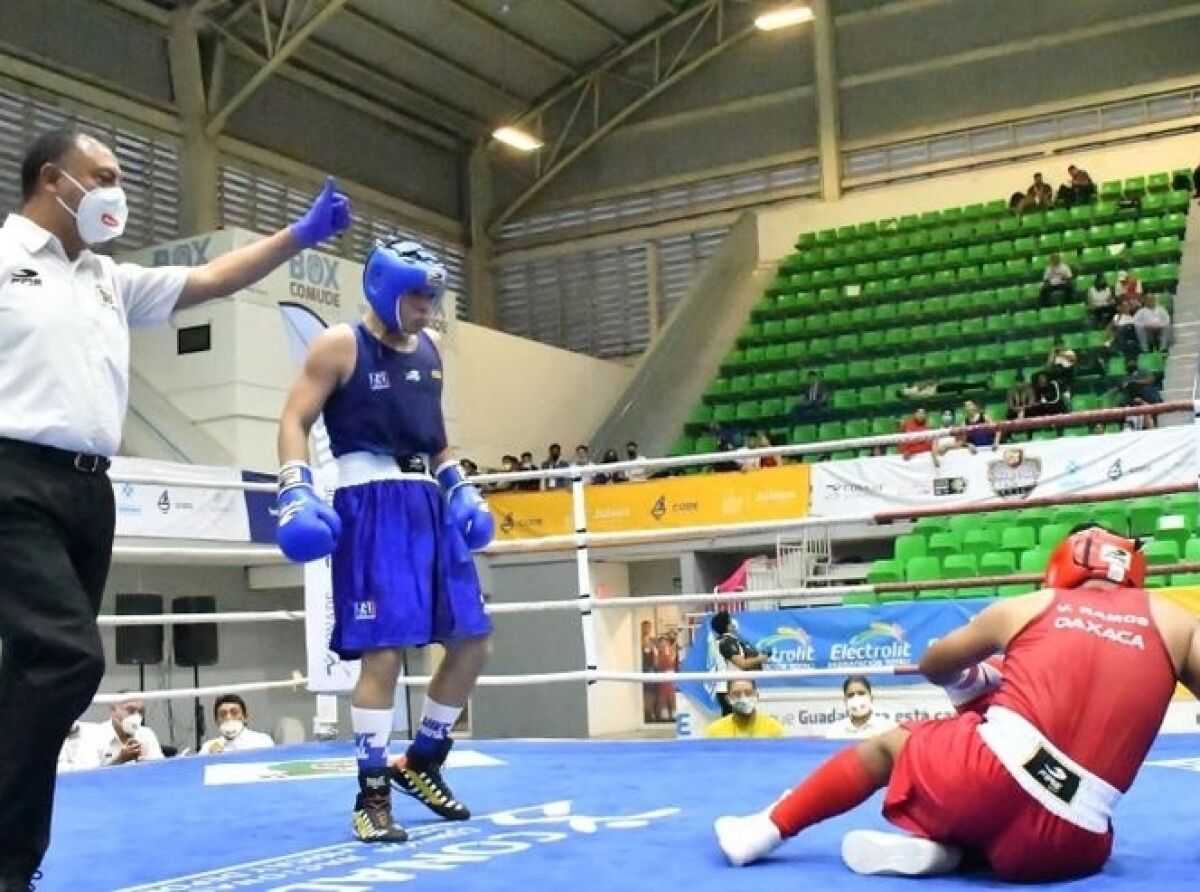 This Sunday, the Jalisco boxing team assured participation in 11 semifinals in the 2021 Conade Nationals, after a day full of victories in both the Juniors and Youth categories.

The events are being held at the San Rafael Park Multiple Use Gymnasium in Guadalajara.

In the Juniors category, Christian Hernández won the victory over Veracruz Ángel Crescencio in the 63 kilo division, while Gael Silva did the same over Axel Chávez, from Michoacán, in the 80 division kilo. The last victory of the category was achieved by Kevin Lara in the 54-kilo division, after beating the Mexican Juan Martínez.

In the Youth category, the victories were more, starting with Edgar Briseño, who beat Guanajuato Brayan Montenegro by RSC in the 56 kilo division.  Antonio Ramírez defeated Victoriano Ramos from Oaxaca in the middleweight division. Victory also for Ulises Morales over the Baja California Pedro Sánchez by decision in the 52 kilo division. Noli Valenzuela defeated Mateo Ruiz from Michoacán in the 60 kilo division. The Youth category also had the victory of Braulio Saldaña by split decision against Alex Osorio, of Quintana Roo.

The sport shooting events also occurred on Sunday, with two golds and a bronze for Jalisco.

In the 10m air rifle modality for mixed teams, the auriazules Michel Quezada and Carlos Quintero won the gold medal after defeating Karla Cebreros and Ángel Pérez of Sinaloa in the final 16-2, while third place went to the duo from Nuevo Leon Alison Coronado and Alejandro González, who were later eliminated in the semifinal stage.

While in the 10m air pistol mixed teams, Kathia Balbuena and Ricardo Valencia from Jalisco took the bronze medal after defeating Andrea Ibarra and David Valdéz from Sonora 16-6. The first place went to Nelly Olivares and Sebastián Hernández from Guanajuato who beat Heidy Alvarado and Ramiro Treviño from Nuevo León, 16-8.