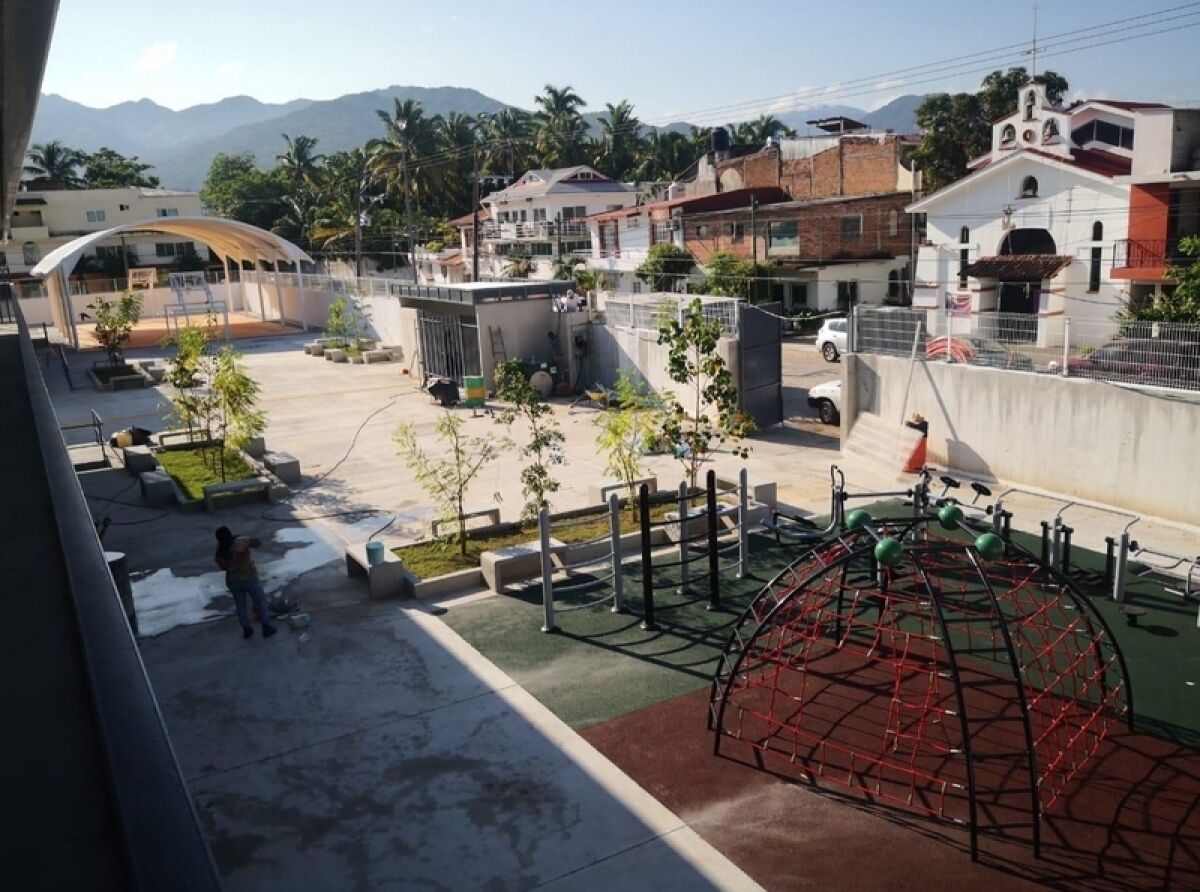 The Government of Jalisco, through the Secretariats of Education and Infrastructure and Public Works, continues with the application of the program of rehabilitation of public schools,

that during the period of isolation due to COVID-19 suffered damage, deterioration, or vandalism, making its repair or maintenance actions essential before resuming face-to-face classes.

In total there are 425 schools that were reported by administrators and teachers with some damage or flaw in their structure through an app, and 200 have suffered some type of theft.

During a supervisory tour of the “Salvador Gálvez” Kindergarten in Guadalajara, Governor Enrique Alfaro Ramírez specified that the work needed to be done in schools is carried out with a route drawn up by the state school authority.

“I am on a supervision tour of the program of attention to schools for the return to face-to-face classes, a comprehensive program in which we are, of course, seeing those schools that were vandalized, and in those schools where, having been closed for so long, generated some type of damage to the facilities, in each of the schools in Jalisco. We are progressing well with the program,” remarked the Governor.

In the Kindergarten visited, with 84 years of existence, repair of fences and infrastructure renovation were made, and it is in the process of being equipped.

Secretary of Education, Juan Carlos Flores Miramontes, said that the affected schools were reported through an app with the help of administrators and teachers, which avoided the process of reviewing campus by campus and streamlined the work route to follow.

“Before entering we have to ensure that the school is safe. 425 schools have reported to us, of which, practically all are served by the SIOP,” commented the secretary.

Regarding schools that suffered theft, Flores Miramontes said that there are 200 attended and 187 are in the course of attention.

The head of SIOP, David Zamora Bueno, pointed out that the following week specific actions will be taken to guarantee the functionality of the preschool, primary, and secondary schools, as well as the physical and health safety of the students.